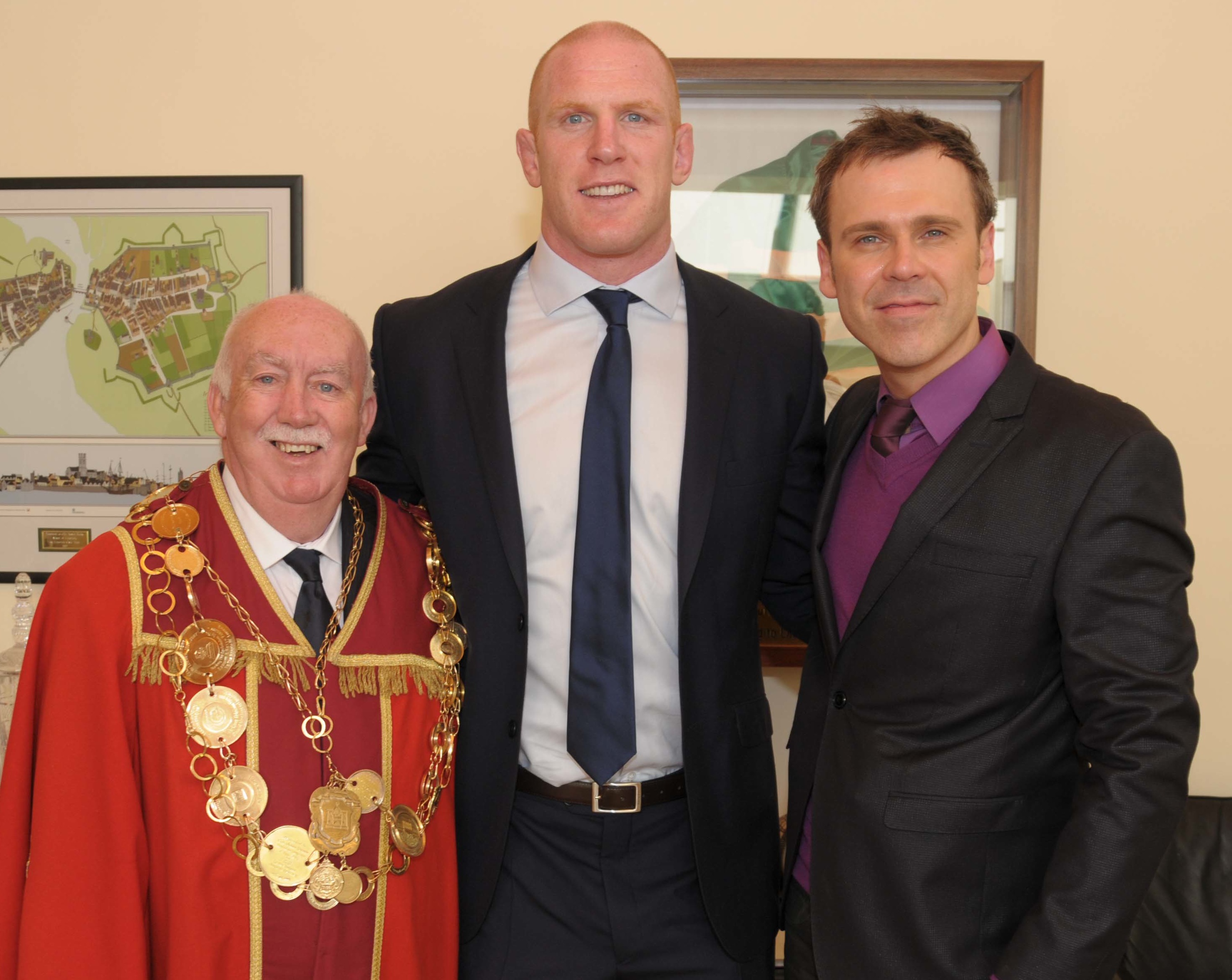 International rugby player and current Munster Rugby captain Paul O’Connell was made a Freeman of Limerick City at an outdoor ceremony in Limerick this past Sunday. The 32 year old received the honour in front of a large crowd of members of the public and invited guests. Many well know faces were present from the Irish rugby community including current Irish coach Declan Kidney and present and former players; Ronan O’Gara, Donncha O’Callaghan, Marcus Horan, David Wallace, Alan Quinlan, Keith Earls and Peter Clohessy. Paul O’Connell has captained the British and Irish Lions team, the Irish Rugby Union Team and is the current Munster Rugby captain. Recognised as one of the best second rows in the world, the 32 year old educated at Ard Scoil Rís is a world class lineout jumper and a forward of immense power and presence. A former IRB World Player of the Year nominee, he was a member of Ireland’s 2009 Grand Slam winning team, winning a Heineken Cup medal with Munster in 2006 and again in 2008 when he skippered Munster to Heineken Cup glory. He also captained the Munster Rugby team to Magners League title success in 2009 and 2011.

Paul told the assembled crowd of around 1000 people that receiving the Freedom of Limerick “is something I will treasure for the rest of my life”.

“It’s truly an honour for me to receive this award from my native city,” he tells me. “I’m always conscious when I’m playing for either Munster or Ireland that I’m also representing Limerick. I’m very proud of Limerick and where I come from. I’m lucky to have played for Munster for the last 11 years and my upbringing and the influences that I’ve had in Limerick has played a massive part in my success in rugby.” Mayor of Limerick, Cllr Jim Long described Paul O’Connell as “an icon in today’s world for his contribution to the world of sport.” The Freedom of Limerick is the highest honour that can be bestowed upon an individual by Limerick City Council. A total of 64 Honorary Freedoms have been granted by Limerick City Council since 1877. The Honour is reserved for those who have made exceptional or unique contributions to the common good in business, education or the cultural life of the city. Previous recipients include Eamon De Valera, John F Kennedy, John Hunt, Dr Ed Walsh, Bill Clinton, JP McManus, Sir Terry Wogan and Bill Whelan.