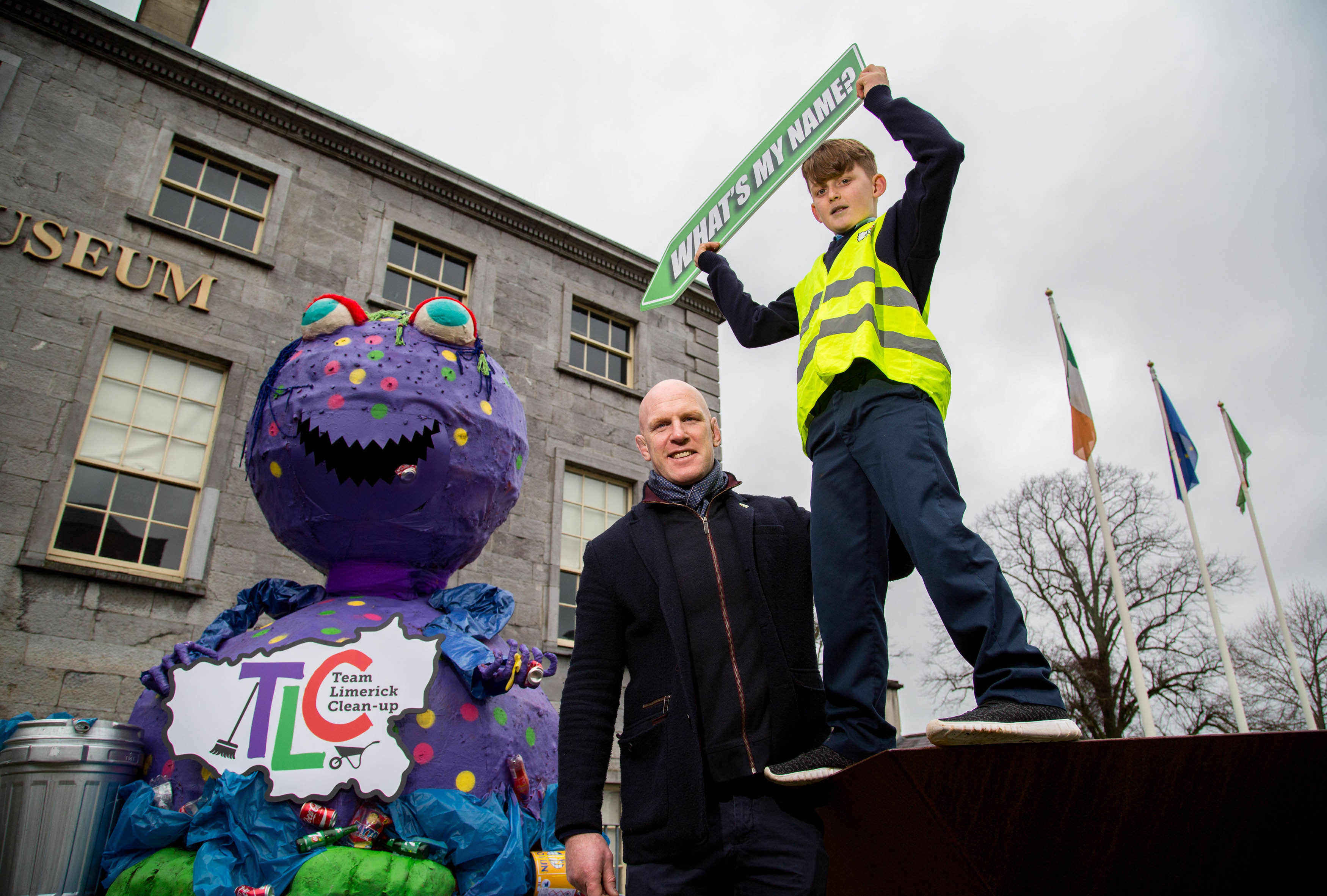 Team Limerick Clean-Up is inviting the people of Limerick to get involved in an exciting competition to ‘Name the TLC3 Litter Monster’. Paul O’Connell was joined on Tuesday 21st February by pupils from Bruree National School and representatives from the JP McManus Benevolent Fund at the Hunt Museum to announce details of the competition.

Team Limerick Clean-Up 3 has commissioned the sculpture of a large 12ft “litter eating monster” that is being used as a mascot for this year’s event. The Monster will be displayed at the Hunt Museum over the coming weeks and as part of the promotion, a competition is now open on www.teamlimerickcleanup.ie to ‘Name the Litter Monster’!  The competition is open to everyone and the entry with the most unique name will win a prize of a weekend trip for four people to the Harry Potter Experience in London. 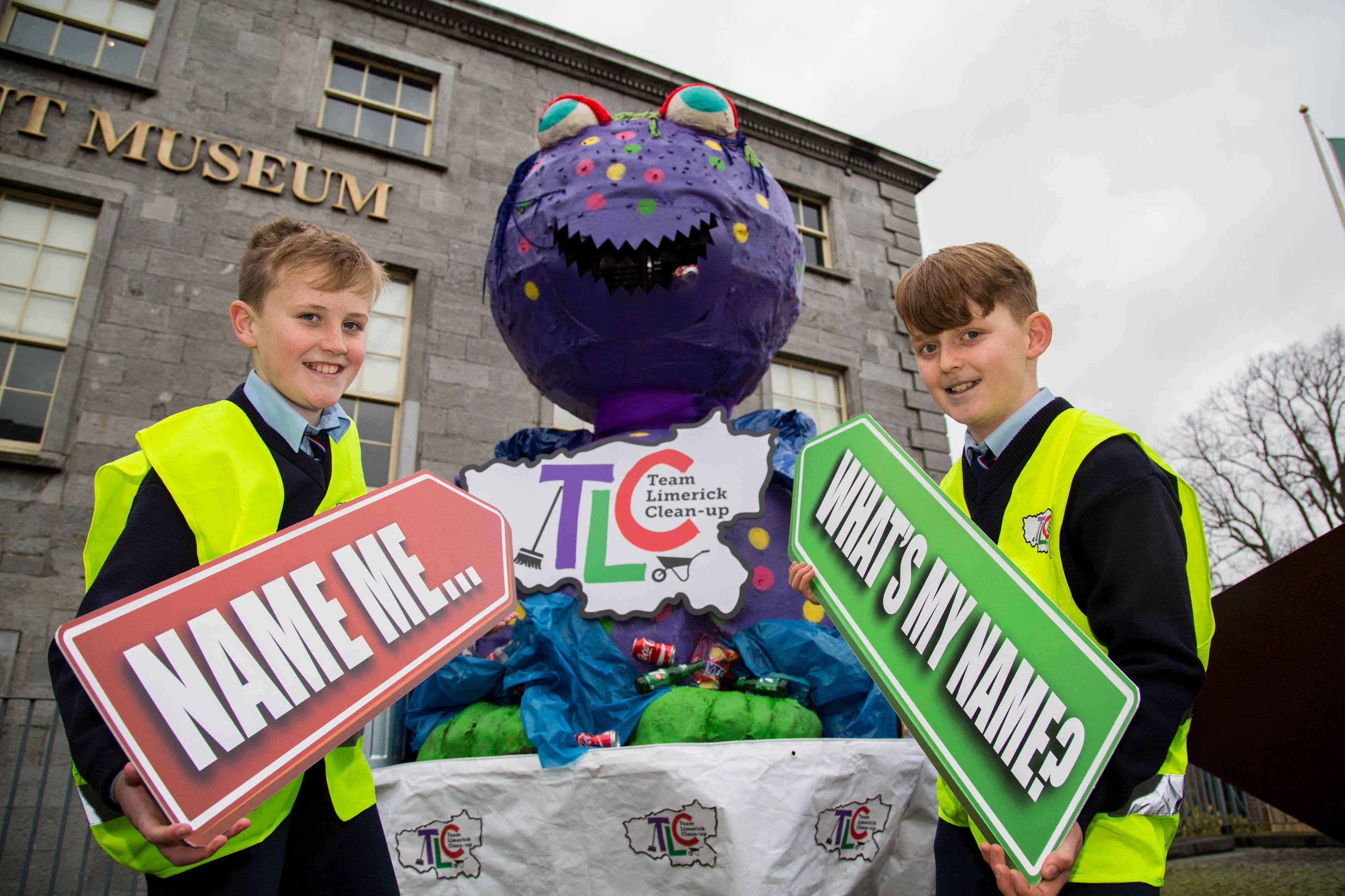 Commenting about the competition, Paul O’Connell said; “We’re delighted to announce details of this competition. The TLC3 Monster is symbolic of all that is fun and engaging about the Team Limerick Clean Up initiative and we’re hoping that kids and adults will come up with a creative and novel name for him or her! It’s a fantastic initiative, we get kids and adults out for a few hours on Good Friday morning to do a clean-up. It’s all about giving kids the right habits to not litter and if you do see litter, pick it up. We had 14,000 people out last year and we hope to have the same or more this year. We would encourage people to log onto our website and enter as soon as possible as the deadline is February 28th”.

He added; “with over seven weeks to go to TLC3 and 6,000 volunteers already signed up, we are overwhelmed with the positive response so far. We would ask volunteers to keep an eye on our website for forthcoming Health & Safety meetings scheduled and clean-up pack collection points. We look forward to seeing everyone out and about litter picking on Good Friday 14th April!”.

Team Limerick Clean-Up3 (TLC3), is an initiative sponsored by the JP McManus Benevolent Fund and supported by Limerick City and County Council. Endorsed by Paul O’Connell, the official partners include Mr Binman, The Limerick Leader and Limerick Live 95FM.

For more details on TLC3 and the competition click here