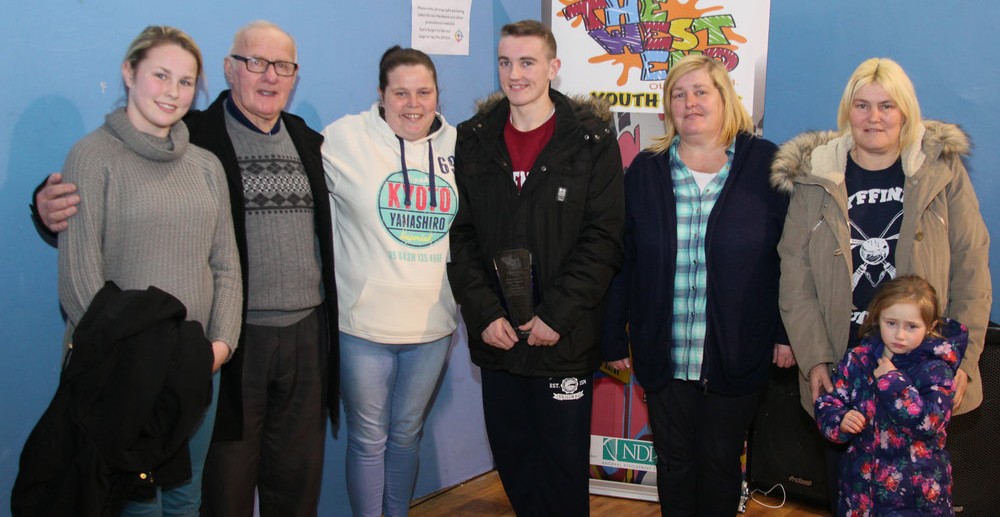 Paul Roche Disco Kid World Championship – On Friday February 27th Paul Roche from Ballinacurra Weston was presented with an award for his outstanding contribution to the community following his recent triumphs at the ‘Disco Kid World Championships’. Paul who is 16 years old was crowned champion at the finals held in December last in Blackpool, England. The competition which attracted over 1,500 competitors took place in the same venue as BBC’s hugely popular show Strictly Come Dancing.

The event which acknowledged Paul’s fantastic achievement was held in the West End Youth Centre. The crowd who came to see Paul were treated to performances by Jamie Hartigan who represented Limerick on The Voice of Ireland with his unique rapping talents, followed by a dance showcase featuring two performances by dancers also from Ballinacurra Weston.

Paul, who received the award for his outstanding contribution to the community has said “I am delighted to be presented with this award and to see such a fantastic showcase of young dancers who come from Weston as I did”. He has stated that he is overwhelmed by the support he received from the community and told us that he is very grateful “I would like to thank my family, friends and members of the community who have supported me over the past number of years. Their support means the world to me!”

Tracy Lawlor, a youth worker in the West End Youth Centre stated “We are delighted to be presenting this award to Paul while also having the chance to showcase other talent in the community. Paul is very deserving of the award and the turnout to see him acknowledged today shows just that!”

Paul continues to train hard as he did before being crowned champion and has set his sights on the future. No doubt the sky is the limit for Paul!

Limerick to host Festival of Kindness