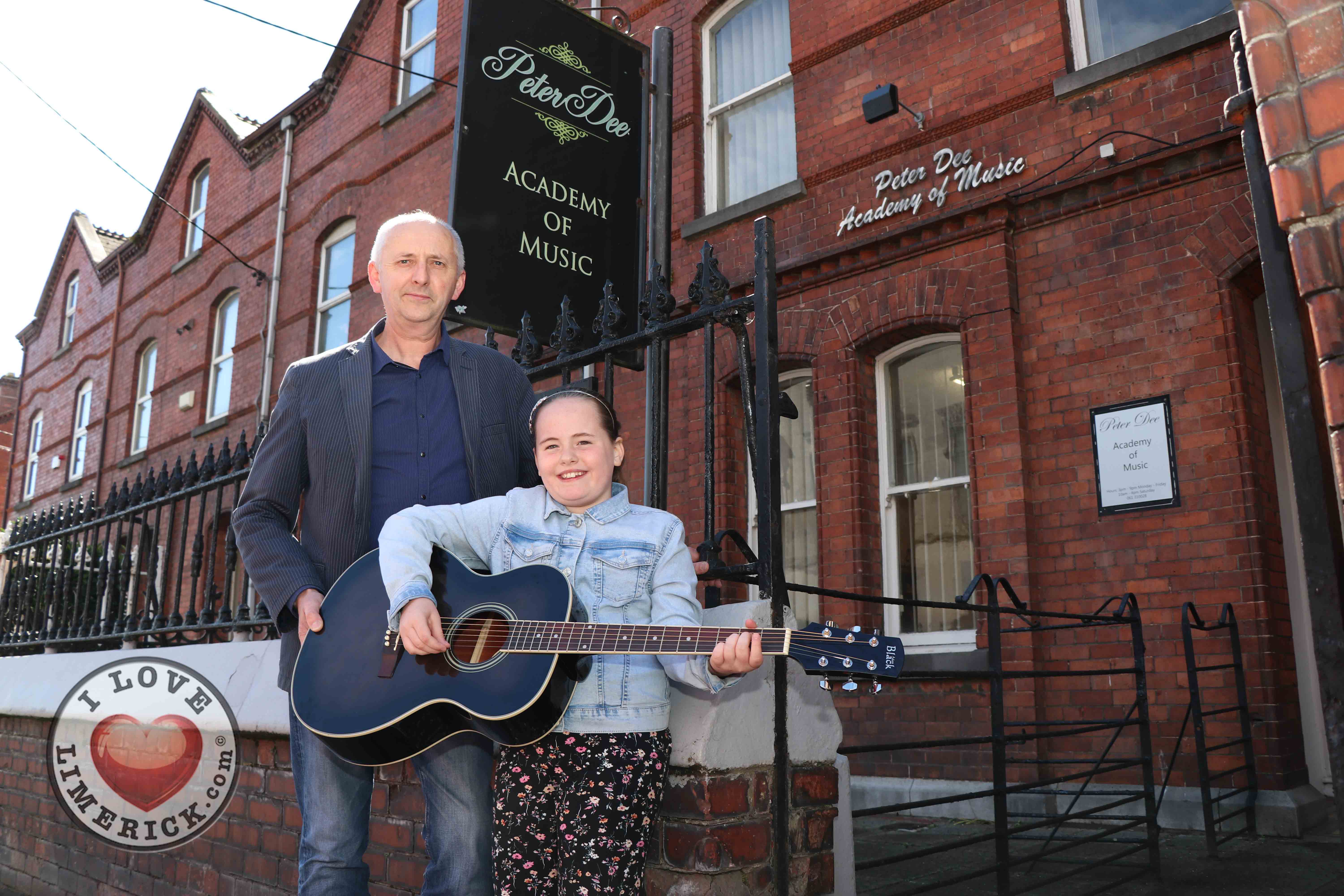 Peter Dee Academy of Music, located at 7, Crescent Villas on O’Connell Avenue is recognised as one of the leading music schools in the South of Ireland. It was established in 1972 and has been owned and managed by the well-known musician and composer Denis Carey. Students of the music school have won numerous scholarships and competitions, many of whom go on to achieving successful careers as music teachers and performers.

Denis Carey said, “The Academy encourages students and teachers to communicate by listening, participating and cooperating in making music with a sense of fun. The individual needs, likes and goals of each student are fully taken into consideration when a course of study is undertaken.”

The Academy is unique in that it also presents students with the opportunity to study a wide variety of music styles including Classical, Contemporary, Jazz, Popular/Rock and Irish Traditional. The teaching staff at the Academy are diverse in their qualifications and musical experience covering many different genres of music.

The Peter Dee Academy of Music undertakes regular concerts, workshops and master classes throughout the year. The Academy expresses that although examinations are an integral and important aspect of the study of music, they are not compulsory.

Denis, the owner and director of Peter Dee Academy of Music since the mid-1990s, is a native of Newport, County Tipperary. Denis is a musician, composer, educator and arranger with a diverse musical background from Irish Traditional to classical, jazz, rock and pop. Many of his compositions have been performed by various international groups and orchestras including Symphony Nova Scotia, Scottish National Orchestra, and the Mississippi Symphony Orchestra.

Denis has recorded numerous albums and has also published a book of his own musical compositions. On top of all that, Denis has produced the soundtrack to ‘The Divine Ryans,’ a Canadian film that was created in 1999. It was only after a member of the film crew heard Denis play at an event in Canada, after which Denis provided them with a ten-minute recording, that he was hired to produce the entire soundtrack for the movie.

As director of the Academy, Denis is committed to maintaining the current expert level of music tuition, “Here at the Academy, we encourage everyone who walks through our door to express their love for music through either playing a musical instrument or singing. Music is a universal language that anyone from any background can appreciate.”

Denis Carey is the owner of Peter Dee Academy of Music, who teach singing and a range of musical instruments. More information on the Academy can be found here: https://t.co/tWniLNxwxN #ilovelimerick #lovelimerick #lovinlimerick #limerickmusic pic.twitter.com/MKZNA97U7t

THE NEW TERM STARTS THIS SEPTEMBER 2019. FOR MORE INFO SEE BELOW.

Related Topics:musicPeter Dee Academy of Musicschool
Up Next