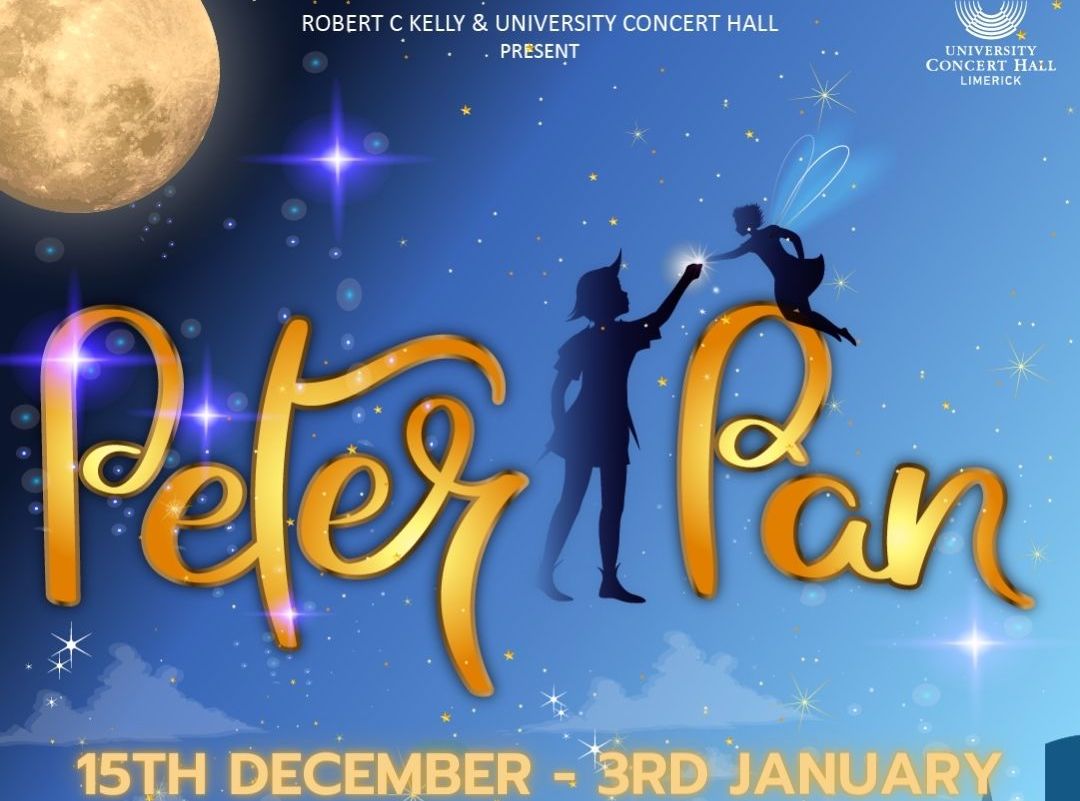 Peter Pan – the 2022 UCH Panto which will be the iconic, flyaway fairy-tale

University Concert Hall and Robert C Kelly have today announced details of the 2022 UCH Panto which will be the iconic, flyaway fairy-tale, Peter Pan. The production, which celebrates an incredible 10 years of the UCH and Robert C Kelly panto, will run at UCH from Thursday, December 15 to Tuesday, January 3, 2023 with two shows per day.

Join the boy who never grew up, together with his friends Wendy and tiny Tinkerbell, as they travel to Never Never Land to take on the hilariously horrible Captain Hook and his band of (pretty useless!) pirates.

The announcement comes as UCH and the Arts industry emerges from a particularly challenging time with closures and months of restrictions on audience numbers. Peter Pan will see the UCH Panto return with a bang so expect your favourite Panto characters in a show packed with stunning sets, crazy costumes, the year’s biggest hits and at least two years’ worth of laugh out loud comedy!

?The news is out…UCH & Robert C Kelly are delighted to announce that the UCH Panto is back and this year we'll be presenting the iconic, flyaway fairy-tale, Peter Pan, 15th Dec – 3rd of Jan!

Established in 2012 the University Concert Hall pantomime has gone from strength to strength and now enjoys capacity audiences, with over 27,000 people attending 36 shows last Christmas. With a top cast, together with stunning sets, costumes, lighting and the best chart-topping tunes, the UCH show is now widely regarded as one of the best professional pantos in the country.

Speaking of plans for Peter Pan, UCH Director, Sinéad Hope said, “All of the team here at UCH are delighted to announce the 2022 UCH Panto as Peter Pan. It’s been an incredibly challenging time for all involved in the entertainment sector over the last 2 years, to have something to work towards over the coming months is very exciting. While we presented Jack and The Beanstalk online in 2020 and A Lot Like Christmas to a reduced audience last year, Peter Pan will mark the 10th Anniversary of the UCH Panto, and will see it return to the large scale production that families have come to enjoy at UCH. We really can’t wait to bring the magic of the UCH Panto back for families this Christmas.”

The UCH Panto is now the hottest ticket in town with all shows selling out in advance, so to grab the best seats, for the day that suits you, book now.