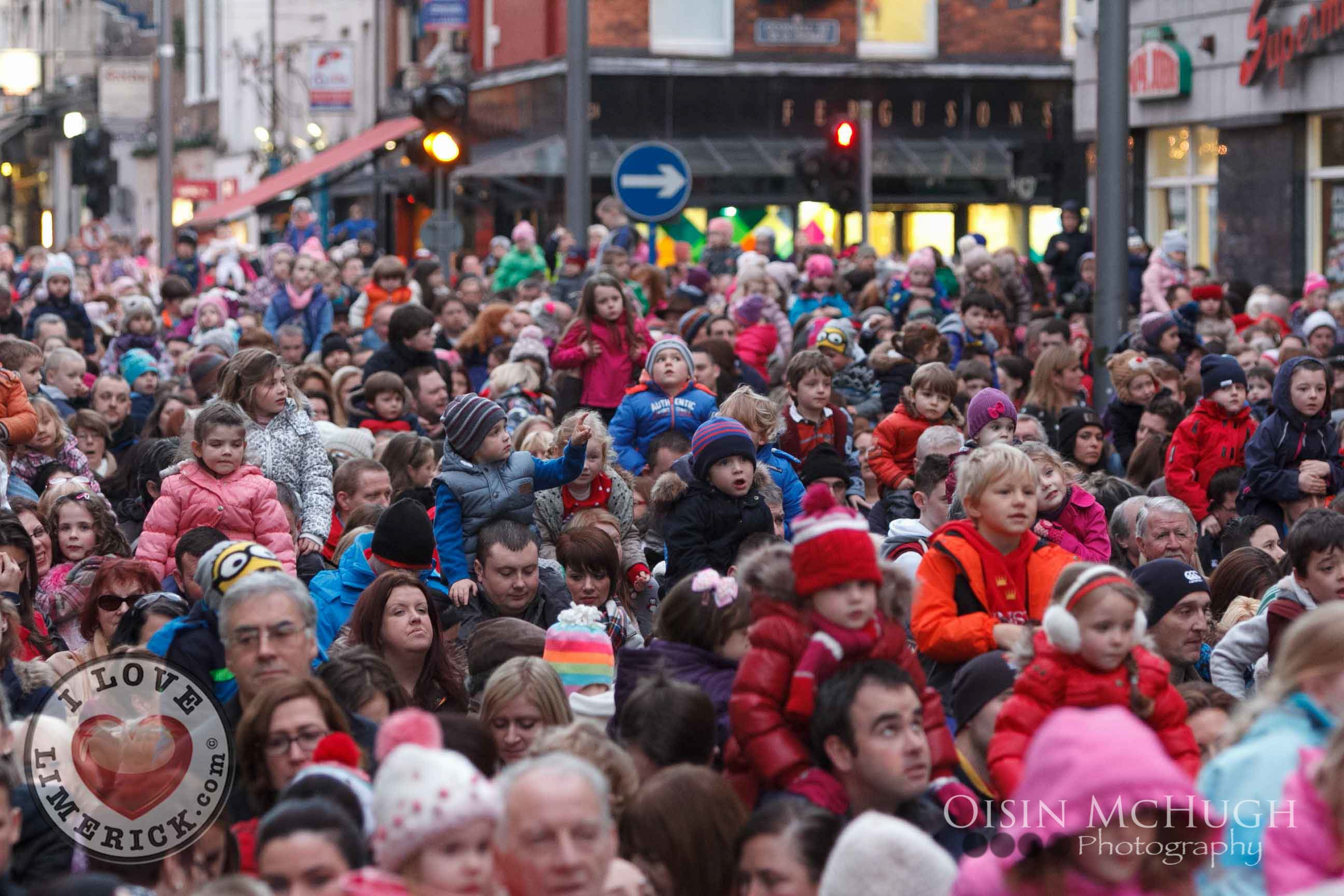 The countdown to Christmas got under way in earnest as Limerick’s festive lights were officially turned on. The ‘Christmas in Limerick’ spectacular capped a stunning year of theatre and performance across Limerick.

More than 10,000 people packed into Bedford Row to witness a spectacular ceremony featuring elves flying in, silver-clad stilt-artists, and a letter from the Giant Granny, who visited the city back in September. A giant card came from the Royal De Luxe creation, who, we were told is with Santa Claus at the North Pole. It was delivered by actor Louis Lovett, who acted as translator for the French marionette on her visit to Limerick.

Crowds were also captivated as flying elves put the finishing touches to the city’s 40ft tall tree and sprinkled magical Christmas dust across the crowds as the 14,000 metres of Christmas lights were switched on.

The festive lights show was produced by Big House Productions, who were also project directors of the biggest street carnival in Ireland this year – the September hosting of the Royal de Luxe extravaganza that attracted 250,000 people to Limerick to see the 25ft tall Granny in the high point of celebrations for its National City of Culture status.

A number of vacant shop units are to be transformed over the Christmas. There will be an ‘elf factory’, a ‘carol-oke shop’, while Limerick will enjoy a direct link with the North Pole, thanks to a special post office being set up at the former Ferguson’s pharmacy.

The granny also delivered a star which was placed on top of the tree, signalling the moment Limerick was lit up for Christmas.

Related Topics:christmaschristmas in limerickcommunitycultureentertainmenteventslimerick city of culture 2014performance
Up Next