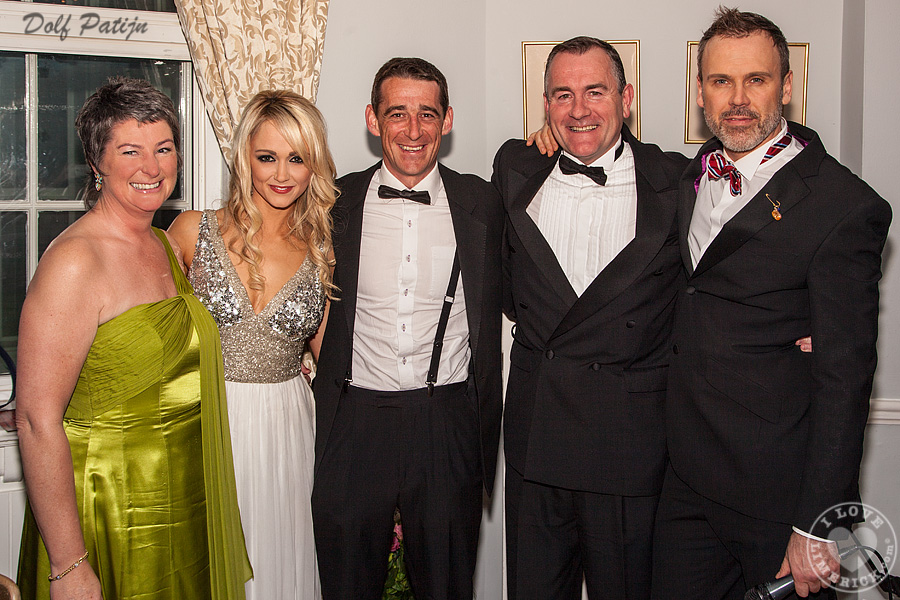 Davy Russell, Irelands’ Champion jump jockey for the past two seasons and 2014 Cheltenham Gold Cup Winner took time out of his hectic racing schedule preparing for the Punchestown festival to attend The Olde Hollywood Ball in aid of Clionas Foundation on Saturday evening at the Dunraven Arms Hotel, Adare. It was a special evening for a special cause and I was thrilled to be the host for the evening with my good friend Leanne Moore, fresh off her win at the VIP Style Awards as Most Stylish Newcomer. At the event both Davy and Leanne were announced as official ambassadors, joining RTE’s Miriam O Callaghan as public supporters of the charity.  The event was the brainchild of three very enterprising young ladies from Limerick – Pharmacists Sarah Brennan and Jessica Hanley along with Dentist Catríona Kennelly who were living together as students when they saw the first run of the RTE 1 Secret Millionaire documentary in September 2012 when business man Richard Mulcahy profiled Cliona’s Foundation during his undercover week in Limerick. The three girls were so moved by the programme and by Cliona’s Foundation that they decided to organise a fundraiser to help other families with critically ill children. With an equine background the girls decided that a Black Tie Ball with a horse racing theme would work and felt Davy Russell would be a very fitting guest personality for the night. The night was a huge success and I literally had a ball! If you’d like to learn more about Cliona’s Foundation, donate or apply for financial assistance please visit www.clionasfoundation.com.

Pictures by Dolf Patijn for ILoveLimerick.com 2014. All Rights Reserved.