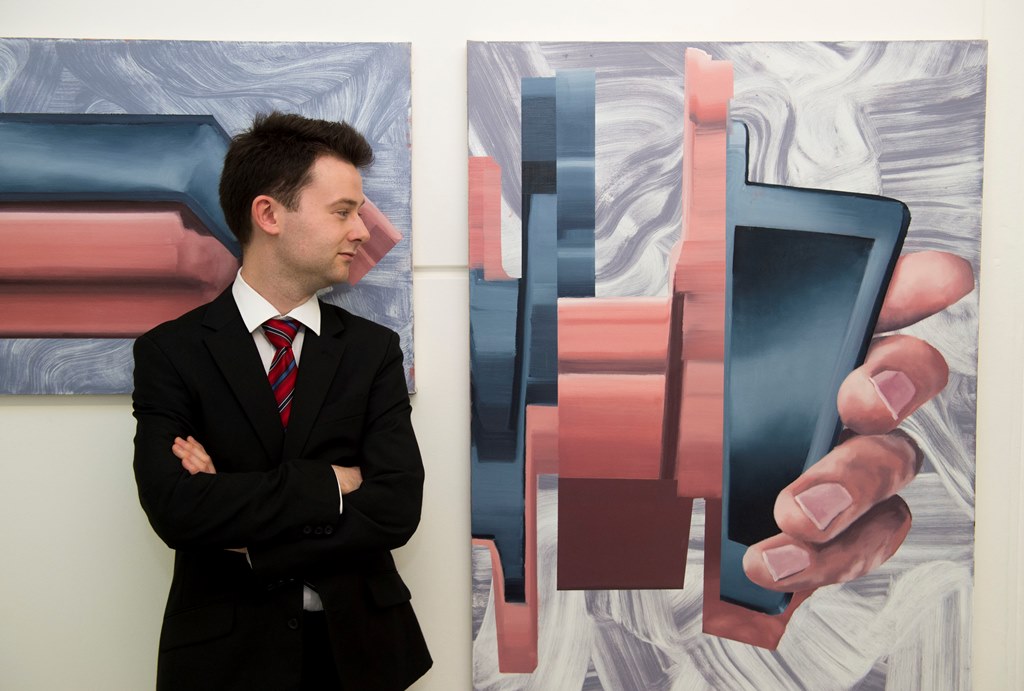 The art exhibition – labelled ‘ON’ – which featured all mediums, including ceramics, photography, printmaking, sculpture and fashion, officially opened on Saturday June 6 and ran until June 14.

Emma Healy who showcased her work based her part of the exhibition on highlighting domestic violence, abuse, murder and sexual assault in the region, but primarily in Limerick.

“It started off with domestic violence and I ended up broadening it out to abuse against women in Ireland. Specifically, I was looking at domestic violence cases which are very rare to find because people don’t talk about and it is a taboo subject matter,” she explained.

Ms Healy visited areas where these crimes took place and researched the crimes through newspapers and articles online.

“I’m in all of the photographs, so I am bearing witness to the sites. I was also looking at murder, rape and sexual assault cases. For example, there was a sexual assault case on the train and one in a shopping centre of a 14-year-old. I am horrified that these are very normal looking places that we might walk through.

Ms Healy said the money that she raised from photo purchases will go towards organisations that raise awareness around domestic abuse.

“I’m not going to be able to change the world – I am an artist at the end of the day. But it’s to highlight awareness, specifically for women, as we don’t get a lot of support in general from the State. Women’s aid are doing all that they can and Safe Ireland, too. And it’s all to highlight that this can happen to anyone. It doesn’t always just happen down a dirty alley or in the middle of the woods.”

The central concept behind the show is the idea of ‘ON’ which is derived from the energy and creativity of the graduate students.

James Greenslade, head of school at LSAD, said: “We salute the achievements of this year’s graduating class and we hope that you can attend to celebrate the enthusiasm and creativity that they have shown over their time as undergraduate students in LSAD.

“It has been another remarkable year for LSAD which continues to grow exponentially within the heart of Limerick City Centre and beyond,” he said.

“The graduating class of 2015 have made a huge impact on the unprecedented success of Limerick City of Culture in 2014. The legacy of the City of Culture programme and the preparation for the European City of Culture Bid has been greatly enriched by this body of LSAD student work.”

Check out the Limerick Scool of Art and Design website here.