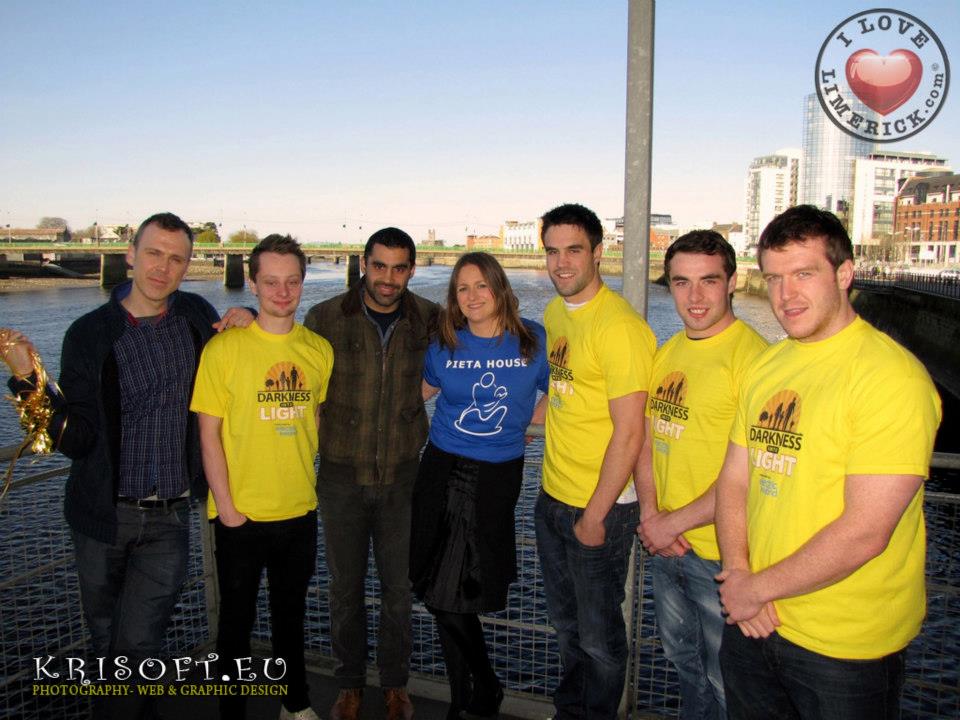 Pieta House Mind Our Men – With 8 men dying by suicide in Ireland every week, Joan Freeman, founder and CEO of Pieta House is calling on the people of Limerick to educate themselves on the signs and symptoms of suicide as she launched a major new nationwide campaign to reduce the rate of male suicide. The first of its kind, ‘Pieta House Mind Our Men ’ is a multi-platform training and education campaign that will equip the public with the skills needed to reach out to the men in their lives during times of crisis. Pieta House, a suicide and self-harm crisis centre, has helped over 8,000 people and has been at the forefront of suicide prevention since its establishment in 2006. Joan tells me, “There are hundreds of organisations doing great work but its family and friends who are on the frontline and who need to educate themselves on the warning signs to look out for. Research shows that more suicides are prevented by family and friends than by any organisation or institution. This is why we’re targeting the women and men of Ireland and empowering them to tackle the problem of suicide – spot the signs and save a life,” she said. The public are being asked to pledge their support for the campaign at www.mindourmen.ie where they will be provided with a support pack on suicide prevention and a list of nationwide services and resources. There is also a corporate and organisational element to the campaign called Mind Your Buddy. This is a suicide prevention programme designed by Pieta House where designated contact people within businesses and organisations will be trained in support and referral. It is currently being implemented in male-dominated organisations such as An Garda Síochána, Scouting Ireland, the Defence Forces and the Gaelic Players Association. To pledge your support for the campaign and join the growing community of people across Ireland minding their men, log on to www.mindourmen.ie. For more information on Pieta House, visit www.pieta.ie or call 01 601 0000.

To see photos of Darkness Into Light 2013 go HERE.

Testimonials for I Love Limerick