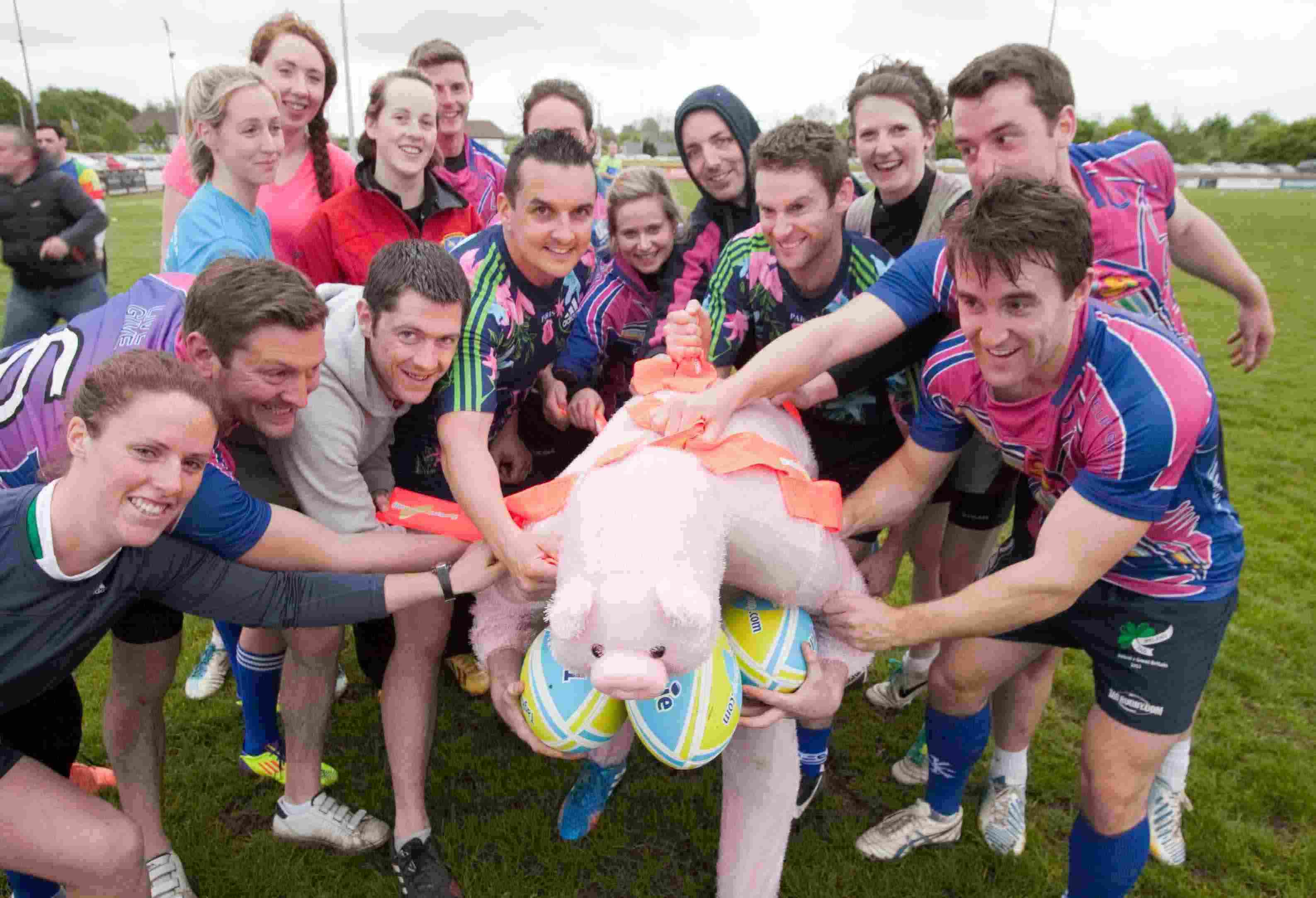 150 tag rugby teams from Ireland, Britain and as far away as Australia will gather in Limerick from July 10-12th for the 2014 Pig’N’Porter Festival, regarded as the world’s largest tag rugby festival. 2500 players and 5000 visitors will descend on Ireland’s City of Culture for one of the biggest summer festivals taking place in the Mid West this year.

Event organiser Eugene O’Riordan said this year’s Pig’N’Porter Festival has been expanded to include The International Tri Nations Cup between Ireland, Great Britain and the touring Australian Tag Teams.

He continued: “As promised when he visited us last year, Perry Haddock of Oz Tag is bringing a number of teams from Australia. The festival gets underway on Thursday July 10th when the Australian teams take on the Limerick Regional teams winners from the recently held National Tag Rugby blitz. Friday sees teams from Australia, Great Britain and Ireland compete in the International Series. For the first time ever, our Saturday competition has been sold out with the largest ever number of teams in the Festival’s 13-year history playing in the various sections of the competition.”

“We will be continuing to improve the festival experience for our visitors and have a number of new and exciting innovations planned for this year festival. As well as the tag rugby, we will have live bands, entertainment and the legendary Pig n Porter Barbeque,” added Mr. O’Riordan.

Limerick Marketing Company CEO Eoghan Prendergast commented: “We are delighted that the 2014 Pig’N’ Porter is expanding and the event will help to further raise the profile of Limerick as a proud sporting city and county. It is also a wonderful addition to the Limerick City of Culture programme.”

“More than 2000 people are scheduled to participate in the tag rugby competitions, while thousands of others we are expecting to attend the games and join in the pre and post match events taking place during the weekend. Tag Rugby itself is a fast growing sport around the world which is likely to be reflected in the even greater levels of participation in future years.,” he added.

Pig’N’Porter Festival 2014 is run in conjunction with the Irish Tag Rugby Association, and is sponsored by Shannon Airport and Fáilte Ireland. Event supporters include The National Kart Centre, Old Crescent RFC and Davis Design, Print & Web Studio. The Festival charity partner is St.Gabriel’s Centre in Dooradoyle.

More details on the 2014 Pig’N’Porter Festival can be found on www.pignporter.com. Tickets for Saturday July 12th Competition may be obtained from www.eventmaster.ie.

4th of July at The People’s Park