By Richard Lynch on November 9, 2016@richanthon 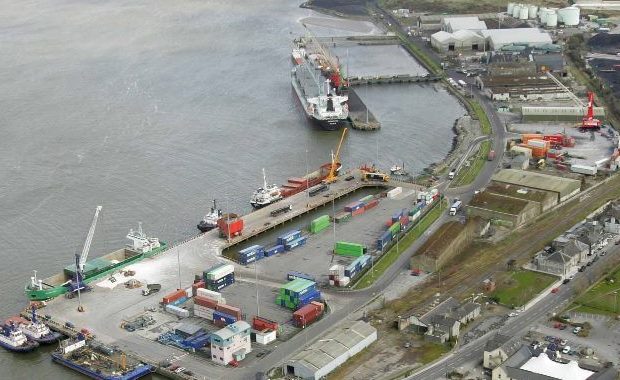 Photo of the Port of Foynes in 2015 from Irish Maritime Development Office.

Brilliant news for the Port of Foynes as plans go towards further developing the port in Limerick as a gateway for European freight companies who wish to ship goods to the US.

The move would expand the Port of Foynes to rival Rotterdam port in Holland. Shannon Foynes Port Company, Ireland’s second largest port operation, has statutory jurisdiction over all marine activities on a 500km2 area on the Shannon Estuary, stretching from Kerry/Loop Heads to Limerick City. The strategic location of Limerick’s terminals offers access to the vibrant economy and population of a large part of Ireland.

Central to the plan is a proposal to base American custom officials in Port of Foynes who were able to give pre-clearance to cargo ships. In exchange for this, it is hoped the redeveloped ports will help reduce costs for Irish manufacturers to ship produce to America and the rest of Europe. As a result, thousands of jobs would be created.

The project was proposed by Denis Naughten, Minister for communications, Climate Change and Natural Resources, and explained there is a “huge opportunity” to develop investment in Limerick.

“Rotterdam is becoming hugely congested as the main port of Europe and there is potential to develop on the western seaboard a major port at Foynes that would act as a transit point for freight to and from North America,” Mr Naughten told the Sunday Independent. “My suggestion is to do what we have done for passengers and have pre-clearance for large freight out of Foynes into the United States.

For our last story on the Shannon Estuary click here

For more news from the Foynes community from I Love Limerick click here.