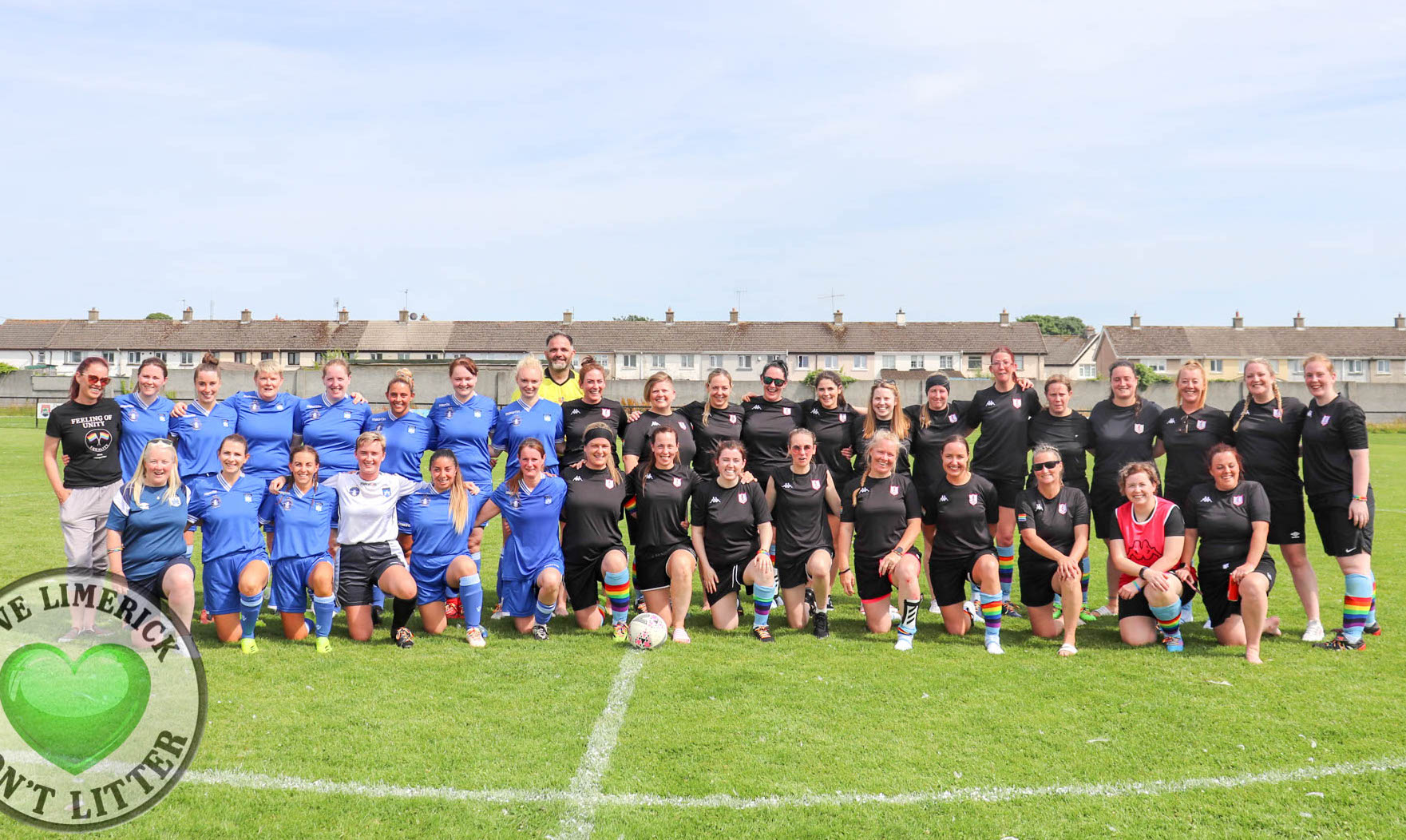 Over the weekend, Play with Pride Limerick returned to the Janesboro FC grounds to promote unity in the community and highlight the importance of inclusion and diversity in soccer organised by Lisa Daly, Chairperson of Limerick Pride and Cllr Sarah Kiely, as part of Limerick Pride Festival 2022.

With temperatures soaring over the weekend, the sun came out for the women’s match between Clare’s ‘Sister Soccer Ennis’ and Limerick’s ‘Limerick Pride Selection’.

As the game kicked off at 2 pm, both enthusiastic teams battled it out for the champion’s shield. With water breaks in between each segment, the ladies were looked after while competing under the sweltering heat.

Both sides played exceptionally well as spectators cheered their teams on, but as the final whistle blew Limerick were crowned the winners of the Play with Pride Limerick annual competition.

After the match, players and spectators gathered in the Janesboro FC clubhouse for an awards ceremony, where the Limerick ladies were presented with a shield for winning the competition.

All participants in the match were given medals with ‘Play with Pride’ inscribed on the back.

Spirits were high at the clubhouse, with refreshments and food provided by sponsors. Later, the ladies enjoyed a singsong and dance during their celebrations.

“This soccer event is to show that visibility matters and that you don’t have to put yourself in any bracket. Be yourself, be exclusive and network for all to be united within your community,” Lisa Daly, Chairperson of Limerick Pride commented at the match.

“It was a great, inclusive game and a brilliant day full of sunshine. It is brilliant to have all people represented and we hope to make this annual event accessible to different counties who want to get involved and come along next year,” fellow organiser, Cllr Sarah Kiely added.

The annual Play with Pride match will return next as a soccer blitz next July, in conjunction with Limerick Pride 2023, and Limerick Pride hopes to see you all there.

Congratulations to all those who participated!