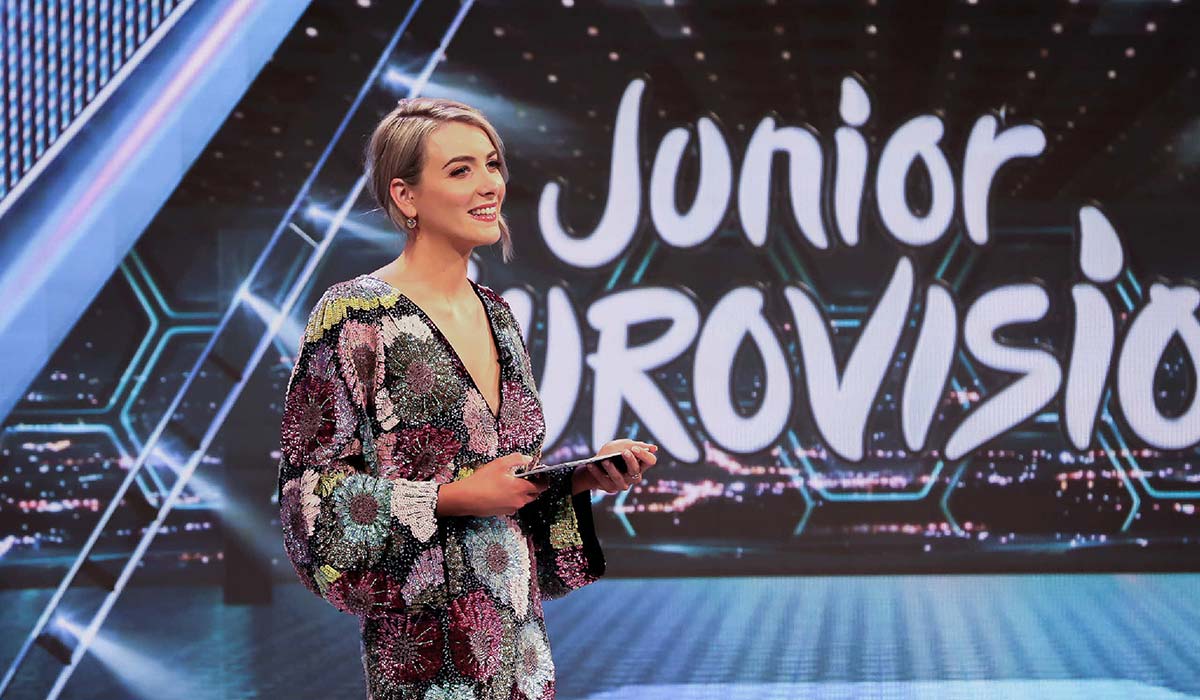 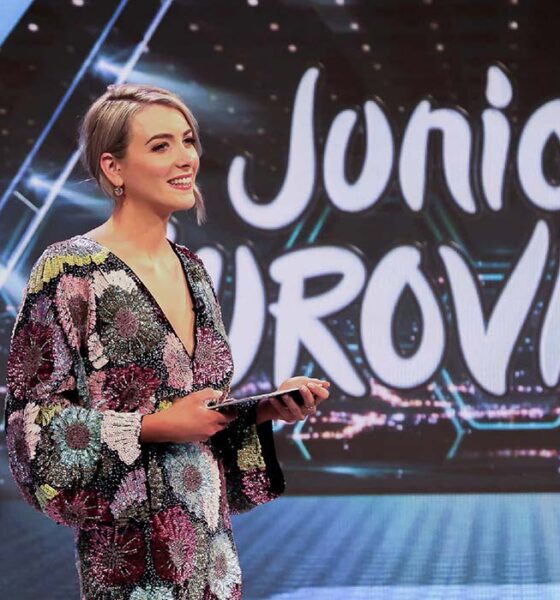 Presenter Louise Cantillon works on both TV and radio, as well as being a qualified Irish and P.E teacher 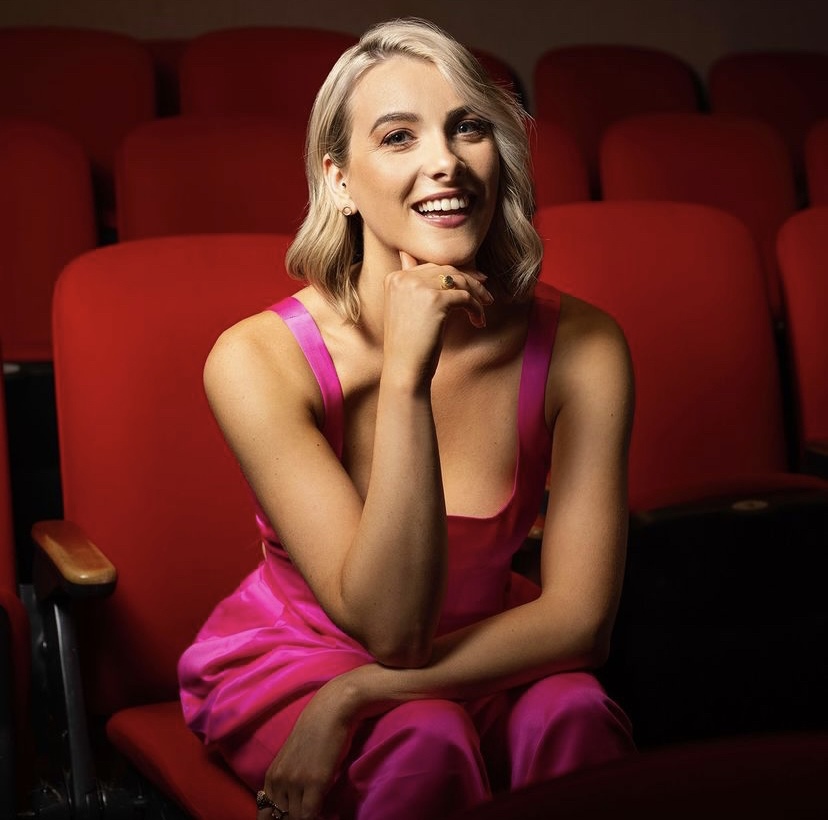 Presenter Louise Cantillon will be hosting The Junior Eurovision on TG4, which airs on Sunday, September 12.

Presenter Louise Cantillon, 28 years old, works on TV and Radio and is from Kilcornan in Co. Limerick. Starting her radio career in 2013 on SPIN South West, Louise has been the voice of many shows on SPIN over the years. She has hosted the bilingual music show POP RAIDIÓ, SPIN’S lunchtime music show SPIN HITS, Education series SPIN Ar Scoil and is currently presenting SPIN’s only talk show, SPIN NOW, and the voice of HIT 30 na hÉireann, a national chart music show. Louise has also worked as a news reporter and sports broadcaster on Classic Hits 4FM, as well as a producer on Newstalk and contributor on RnaG. Louise is a columnist for the Limerick Leader Newspaper. A proud Gaeilgóir and qualified Irish and PE teacher, in 2018, Louise decided to take a career break and leap into the world of broadcast media.

I grew up in the small village of Kilcornan in Co. Limerick! I had a great childhood with my three sisters and proud Kerry parents who whisked us down the N69 to the Kingdom almost every weekend as kids! I went to primary school in Kilcornan in the early ’90s and at the time there were only 60 pupils in the entire school, we had great fun!

When did you start getting interested in the Irish language?

Sa bhaile le mo Mham! Mom spoke Irish to us at home from a young age and I regret not realising how cool it was at the time!

Mom is an Irish teacher and loves the language. She set up an Irish summer school in Kilcornan when I was in secondary school. So, I had Gaeilge ar scoil in Laurel Hill Coláiste, agus Gaeilge at home too.

When I finished school, I went on to study Irish (and PE) at UCC. So, like my Mom, I am also now an Irish teacher.

What got you interested in working in the media?

I love to talk! I love people and talking to people. When I was in UCC, I applied for a part-time job as a SPINI in SPIN South West. At the time the SPINI’s drove around the South West in little pink mini coopers and attended cool events. I couldn’t believe how lucky I was to call it “work’ – I loved it.

While I was working as a SPINI, I asked my manager for some on-air radio experience. She was interested in the fact I considered myself fluent as Gaeilge and asked would I consider presenting a show as Gaeilge – of course I jumped on that and found myself in the hot seat presenting SPIN’s Irish language show POP RAIDIÓ. 2013 was my first year on air, and I was nominated for a ‘Best Newcomer’ award at the National IMRO Awards- and I think at that point I was bitten by the bug! I knew I wanted it to be my full-time job.

VERY very cool. I don’t think it has fully hit me yet – I am actually quite nervous to watch it on TV.

TV is very different from radio, and this was my first big gig. There is a lot involved, long days on set, producers and directors talking to you through an earpiece, lots of scripts to be learned and also lots of confidence needed. It did feel very showbizzy- lights, camera, action style. I was so, so nervous at the beginning, but I think nerves are a good thing and that feeling of the adrenaline rushing as you walk on the stage, is the moment you work so hard for! So, I loved it all, and I hope it comes across well for those watching.

It is an epic production, and the talent is just unreal! The judges are a lot of fun and the prize is amazing! One of the biggest opportunities for a young person in Ireland, a chance to represent the country in front of millions on an international stage. How cool is that? I feel honoured to be involved.

In 2018 I decided to stop teaching and to try and find a full time job in Media. I never dreamed that three years later I would be presenting a TV show on a National television channel @TG4TV ~ agus trí Ghaeilge. 💚✨

Have you faced any struggles getting to where you are now?

I think I have been very lucky, but I have also worked very hard. My biggest leap of faith to date was leaving my full-time (permanent, pensionable… lol) teaching job and heading off in the pursuit of a full-time media gig! Jobs in media are hard to come by in the best of times, let alone during a global pandemic.

There have certainly been days where I have questioned the move, but I am sure that is the same in everybody’s respective careers and lives! It’s important to remind ourselves how far we’ve come and lucky for me, I have a really supportive family and group of friends who celebrate all my little wins, I am SO grateful for that.

Any advice for your younger self or young people who want to be like you?

Stop comparing yourself to others! Be yourself and follow your dreams, nothing is impossible and hard work will always be rewarded. Don’t be afraid to say yes to opportunities – and ask for help/ support/ advice/ jobs… If you don’t ask, the answer will always be no!

Do you have any upcoming projects that you’re working on?

I have just launched a new radio series called SPIN SAN OLLSCOIL. It is a follow-on from an Education series I made last year for Leaving Cert students.

I am really proud of it because I feel like I have been able to give a platform to students and help in the fight for education reform in Ireland! Although I am not working in the classroom, I am happy to have an opportunity to combine my love of education and radio.

The show airs on Saturdays on SPIN South West and SPIN 1038 from 9am. It’s also available as a podcast.

I have also filmed a very cool online TV series with AIB and some incredible guests. It’s coming out this Autumn and I can’t wait to officially say more.

How did you feel watching Declan play in the All-Ireland?

Really special. When Limerick won the All Ireland for the second time in 2020, I watched it at home in Limerick with my friends- obviously it was unreal and such a buzz, but nothing beats being there, so watching the lads and Declan make history in Croke Park on August 22 was very special.

The people! Over the last 8 years working in media, and 5 years living in Limerick City centre I have gotten to know, meet and work with some amazing characters! Limerick people are so proud of the city and county, and I think there is a great unity and culture of support and celebration for anyone or anything great the county produces. I love living in the city and I feel like the best is just about to come. We have so much to offer as a City and County and even more to be proud of!

Related Topics:Louise Cantillon
Up Next