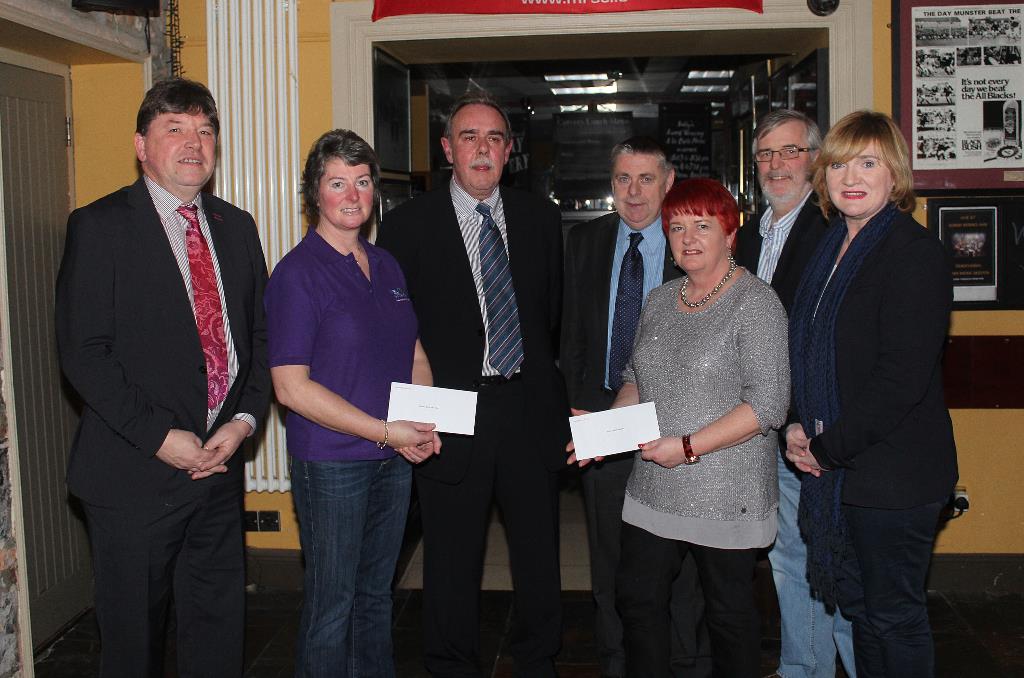 Charities and voluntary groups throughout the Mid-West have benefited from a charity ball held by local media in 2014. Press Ball 2014, held at the Radisson Hotel in October raised €15,000 which was presented to a range of charities at Bobby Byrnes Bar in Limerick this week.

The main beneficiaries were Rape Crisis Midwest and Cliona’s Foundation who each received €5,000. Cliona’s Foundation, based in Limerick, was set up by Terry and Brendan Ring, following the death of their daughter Cliona in 2007. Cliona’s Foundation provides financial assistance to families who have children undergoing long-term medical treatment for critical illness. Funds raised are not used to pay for the child’s actual medical care; rather, donations are made to families for “hidden” costs, including accommodation, food, petrol and other expenses incurred by families who must take sick children to hospitals or other medical facilities for frequent treatments.

Rape Crisis Midwest provides counselling and support to victims of rape and sexual abuse throughout the region and was forced to make stringent cutbacks and close its outreach offices in Ennis and Nenagh for September last year because of a shortage of funding.Speaking at the presentation, Press Ball chairman, Ron Kirwan, said the committee were particularly pleased to be able to support both groups

“The invaluable work that they do speaks for itself. We, who are working in the media, are very grateful to the journalists and broadcasters and the related professions of public relations, event management, advertising and everyone we work with, and most importantly to our sponsors, who helped us to raise this money. “The Press Ball, which began in Limerick in the early 1950s continues to have a dual role, as a social event for members of the media in the region and as a fundraiser for deserving local charities and voluntary groups. We say every time that we are presenting the money we’ve raised that we wish we could do more, and also that anything we do as a group is completely overshadowed by the work of the charities and voluntary groups,” the chairman said.