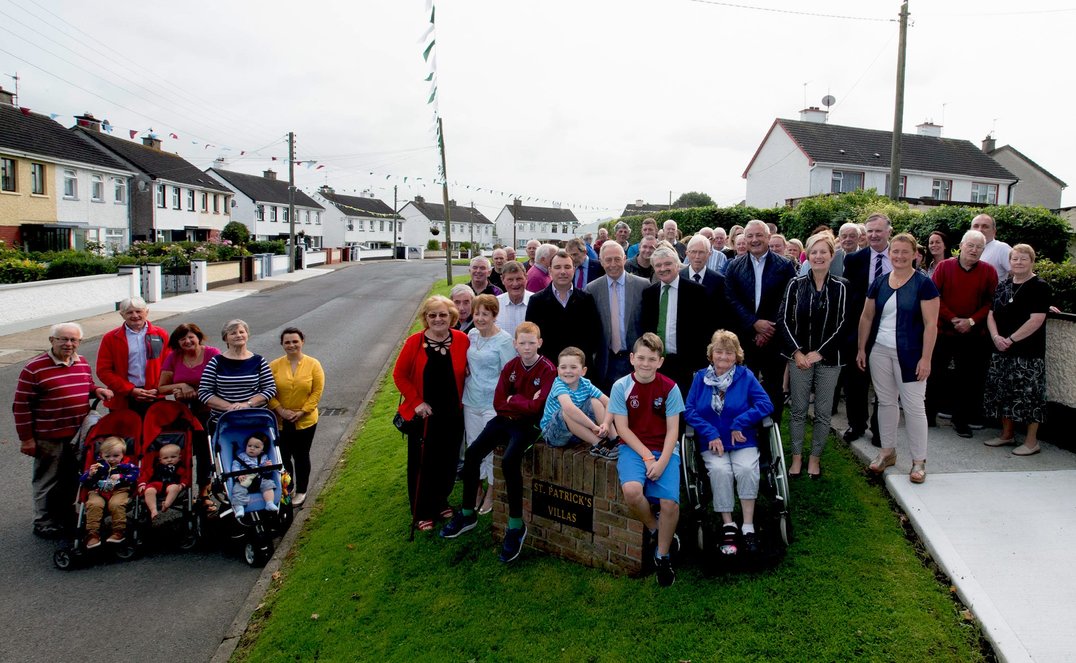 A special kind of pride will be on show in the coming weeks as three communities and organisations in Limerick prepare to welcome the judges in Pride of Place 2018 awards.

The IPB Pride of Place 2018 awards are presented in association with Co-operation Ireland and 2018 marks the 16th anniversary of the competition which has enjoyed tremendous success and continues to grow in terms of prestige and popularity.

The purpose of the competition is to acknowledge the work being done every day by communities all over the island of Ireland.

Limerick City and County Council is delighted to have selected Kilmeedy Community Development Group, Limerick Civic Trust and the Children’s Grief Centre as their three entries for this year’s competition.

The competition is based on communities demonstrating directly to the judges their pride in their place by oral presentation, exhibitions of community activities and culture and a tour of the area highlighting the aspects of which they are particularly proud.

It is also important for Pride of Place 2018 awards that the community demonstrates a real partnership with their local council and shows that all sectors of the community are included.

The all-island competition, which is run in conjunction with local authorities North and South, aims to recognise and celebrate the vital contributions that communities make to society along with generating awareness, respect and inclusion for every facet of society.

Judging for Pride of Place 2018 in Limerick is scheduled to take place in mid-July.

Congratulating the three projects/ organisations on their nomination to compete in the 32 county competition, Mayor of the City and County of Limerick Cllr Stephen Keary said: “Right across Limerick, week in week out, we see examples of inspirational communities coming together to make their areas better. That is what this competition is about. There’s a fantastic sense of civic spirit in Limerick, with communities like these showing exactly what can be achieved.”

Bríd Burke, Pride of Place Co-ordinator in Limerick City and County Council said: “Pride of Place brings together communities, their representatives and the local authority together to celebrate the wonderful and vibrant community spirit which exists throughout Limerick.”
“Taking part in the IPB Pride of Place competition is a unique opportunity for community groups to be officially recognised on an all-island basis for the valuable work undertaken in their local areas.”

Limerick has an impressive track record in the competition, with St Patrick’s Villas, Castleconnell being runner-up in the Housing Estate category in 2017.

Broadford won the 0-300 population category in 2016, while Liskennett Farm received a Special Award.

Kilteely were the winners in the 0-300 population category in 2015, while Castleview Estate in Newcastle West won their category (Housing Estate) in 2013.

For more stories on Pride of Place, go here.

PHOTOS – Come out and support the swimmers at Thomond Swim 2018