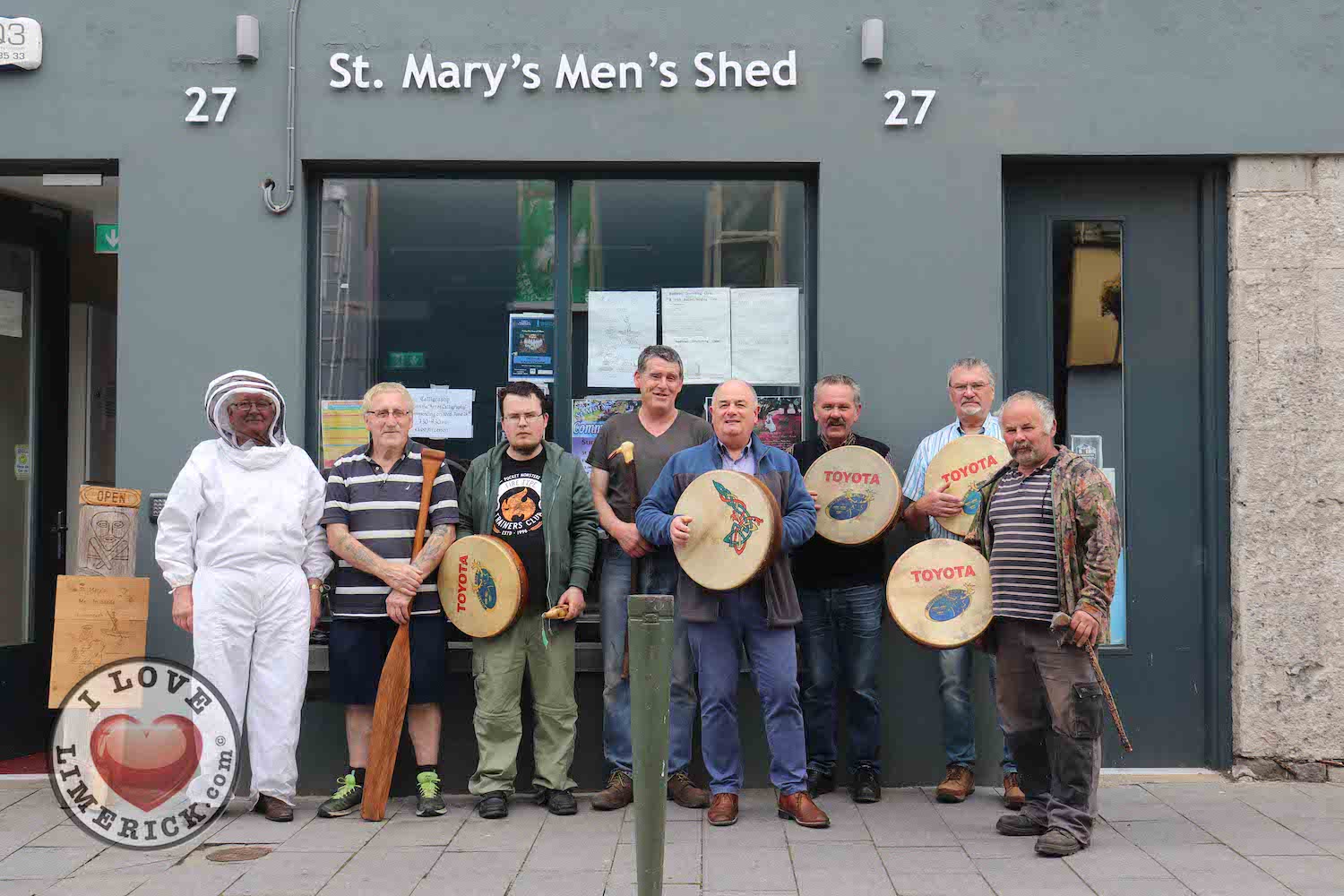 Four Limerick groups have been selected to compete in this year’s Pride of Place awards and they are hard at work finalising their entries as judging takes place next week on September 4 and 5.

Councillor Michael Sheahan, Mayor of the City and County of Limerick, said, “Right across Limerick, great work is being done by communities every day.  These awards shine a spotlight on the people who are doing brilliant work in their communities. There’s a fantastic sense of civic spirit in Limerick, with communities like these showing exactly what can be achieved when they work together.”

A special kind of pride will be on show next week as the four groups welcome the judges who have the unenviable task of selecting the winners in this year’s competition.

The IPB Pride of Place 2019 awards are presented in association with Co-operation Ireland and marks the 17th anniversary of the competition which has enjoyed tremendous success and continues to grow in terms of prestige and popularity.

The purpose of the competition is to acknowledge the work being done every day by communities all over the island of Ireland.

The competition is based on communities demonstrating the pride they have in their place by oral presentation, exhibitions of community activities and culture and a tour of the area highlighting the aspects of which they are particularly proud.

It is also important that the community demonstrates real partnership with their local council and shows that all sectors of the community are included. The all-island competition, which is run in conjunction with local authorities north and south, aims to recognise and celebrate the vital contributions that communities make to society along with generating awareness, respect and inclusion for every facet of society.

Pádraig Malone, Urban and Rural Community Development, Limerick City and County Council said, “Pride of Place brings together the efforts and endeavours of communities, their representatives and the local authority to celebrate the unique partnership and community spirit which exists throughout Limerick.”

Limerick has an impressive track record in the competition, with Children’s Grief Centre winning in the Communities Reaching Out Initiative in 2018. Among the other Limerick winners include Broadford who won the 0-300 population category in 2016, while Liskennett Farm received a Special Award. Kilteely were the winners in the 0-300 population category in 2015, while Castleview Estate in Newcastle West won their category (Housing Estate) in 2013. A Special Award has also been received by C-Well Kings Island in 2014.

The winners will be announced at a gala ceremony in Kilkenny on November 30.

For more stories on Pride of Place past winners, click here.

For more information on Pride of Place, click here.

Important to note that none of this would be possible without the dedication of Volunteers throughout the Community and the good working relationship that Abbeyfeale Community Council has with Limerick City and County Council and all other associated Agencies.

In 2015, Newtown Cottage Association Ltd. came together to discuss the building of a memorial to all those who had fished the tidal waters of the River Shannon. The memorial, called The Sailor’s haggard was officially opened on September 2015.  Further development, to renovate a derelict cottage which local folklore maintains once housed a hedge school. The cottage was rebuilt over a period of two years, using stone from the area and reed for the thatching that was harvested from the nearby riverbank.  Included in the site is the cottage itself, which houses a museum of artefacts from the local area, a boathouse and landscape areas containing a platform space for dancing and seating.

With enthusiastic involvement of local people, the Hedge School Cottage is used for many people, such as the celebration of festive occasions, meeting of local groups, poetry recitals, storytelling, Ceoltas gathering and the hosting of visiting groups from around the country.

Founded in 2012, in the historic King’s Island area of Limerick, St. Mary’s Parish Men’s Shed has continued to grow from an initial membership of six to now thriving with thirty-plus members. In 2012, the Community Development Project provided the group with a meeting room in their building in Verdant Place. With the support of the Local Community Office and Limerick City and County Council, a new premise was provided in Nicholas Street.

Members learn new skills such as carpentry, gardening, painting, beekeeping and playing musical instruments. The Shed participates in local events and festivals and provides music for events through their Bodhrán group, who also visit local Nursing Homes to entertain the residents. The Shed has collaborated with various associations in Limerick such as Headway and Jigsaw, other Men’s Shed locally and nationally. St. Mary’s Parish Men’s Shed declare it to be a way of life.

Cappamore, a small rural parish situated in East Limerick. It is known far and wide for its great sense of community spirit.  This sense of community is nowhere more evident than in St. Michael’s Day Care Centre, which celebrated its 20th Anniversary in January this year.

This Day Care Centre services all of East Limerick, catering for up to 35 people per day. The Centre also hosts seven users from St. Vincent’s in Lisnagry. Their own staff look after this group but join the Day Care Centre visitors for all events.  The Centre does its utmost to provide complete care for body, mind and soul for all who pass through the doors, giving them a place of well-being, and belonging in an atmosphere of respect and good humour. Wellness is their aim and wellness is their game!