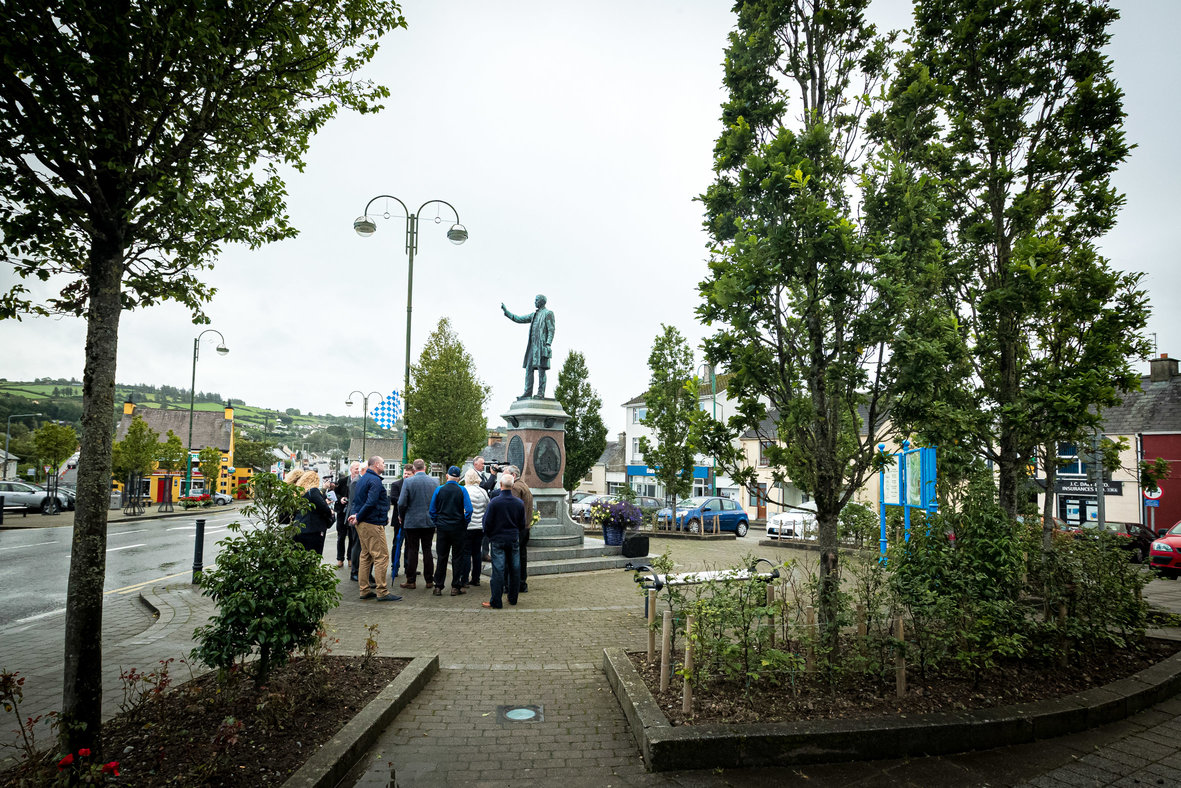 Four Limerick groups have been nominated for Pride of Place 2020

Previous to Pride of Place 2020, Limerick has had an impressive track record in the competition, with Abbeyfeale taking runners-up award in the 2,000-5,000 Population Category last year. Picture: Keith Wiseman

Four Limerick groups have been selected by Limerick City and County Council to compete in this year’s Pride of Place. Judging for the All-Island competition will take place virtually this year. Bedford Row Family Project, Monaleen Park Residents’ Association, Rathkeale Pre-Social Cohesion Project and Vale View Residents’ Association have been selected as this year’s entries for Limerick.

They have been entered in the following categories:

The IPB Pride of Place 2020 awards are presented in association with Co-operation Ireland and marks the 18th anniversary of the competition, which has enjoyed tremendous success and continues to grow in terms of prestige and popularity.

The purpose of the competition is to acknowledge the work being done every day by communities all over the island of Ireland. The competition is based on communities or groups demonstrating the pride they have in their place and it is also important they demonstrate real partnership with their local council and shows that all sectors of the community are included.

The all-island competition is run in conjunction with local authorities North and South and aims to recognise and celebrate the vital contributions that communities make to society along with generating awareness, respect and inclusion for every facet of society. Traditionally each group holds a special festival day showcasing the work of the group and its impact on the community for the visiting judging panel. However this year due to Covid-19 guidelines, the judging will take place virtually and is due to conclude by mid-September.

Congratulating the four Limerick groups, Mayor of the City and County of Limerick Cllr Michael Collins said: “These four groups are wonderful advertisements for the community spirit that exists across the city and county. It’s all about reaching out and helping others so that your community or group is all the better for it. Groups carry out fantastic work across Limerick every day, and these awards honour and reward this work. It is amazing and so satisfying to see what co-operation and working in partnership can achieve.”

Pádraig Malone, Urban and Rural Community Development, Limerick City and County Council said: “The Pride of Place competition goes ahead this year despite of the Covid 19 restrictions. The efforts and endeavours of communities are all the more relevant in these changing times and Pride of Place is another opportunity to showcase the unique community spirit which exists throughout the county.”

“Limerick City and County Council is delighted to be taking part in the IPB Pride of Place competition again in 2020 and I wish to acknowledge the great efforts the four groups chosen have made. There is no doubt they will do the Limerick proud and I wish them the very best of luck.”

Limerick has an impressive track record in the competition, with Abbeyfeale taking runners-up award in the 2,000-5,000 Population Category last year. Children’s Grief Centre won in the Communities Reaching Out Initiative in 2018.  Among the other Limerick winners include Broadford who won the 0-300 population category in 2016, with Liskennett Farm receiving a Special Award. Kilteely were the winners in the 0-300 population category in 2015, while Castleview Estate in Newcastle West won their category (Housing Estate) in 2013. A Special Award was also received by C-Well Kings Island in 2014.

The 2020 winners will be announced at a ceremony towards the end of the year.

The four groups representing Limerick are:

The Project is open to learning from all over the world, is proud that they are homegrown and believes that modelling autonomy and tenacity has a transformative effect on those who they are supporting in their everyday work.

In more recent times Monaleen Park has engaged increasingly in nurturing biodiversity. Since 2015 it is committed to the 3Rs (Reduce, Reuse, Recycle), water conservation, waste management and combating litter, including ‘Castletroy Bye-Bye, Cable-Ties’, an initiative set-up in 2019, to remove cable ties after elections.

Monaleen residents participate every year in the National Spring Clean & Team Limerick Clean-Up and are previous winners in Limerick’s Going for Gold.

The Pre-Social Cohesion Project works to bring together all communities – Traveller and settled communities in the town. It is unique in that it promotes cross-community leadership and understanding and encourages the development of civic pride. The work of the project is defined and carried out by an ecumenical committee consisting of representatives from both communities and local churches.

With a strong sense of community, the members of the group encourage each other to create and maintain the area. Working in conjunction with Limerick City and County Council, the residents created many environmentally friendly and well-being projects.

For more stories about Pride of Place, click HERE