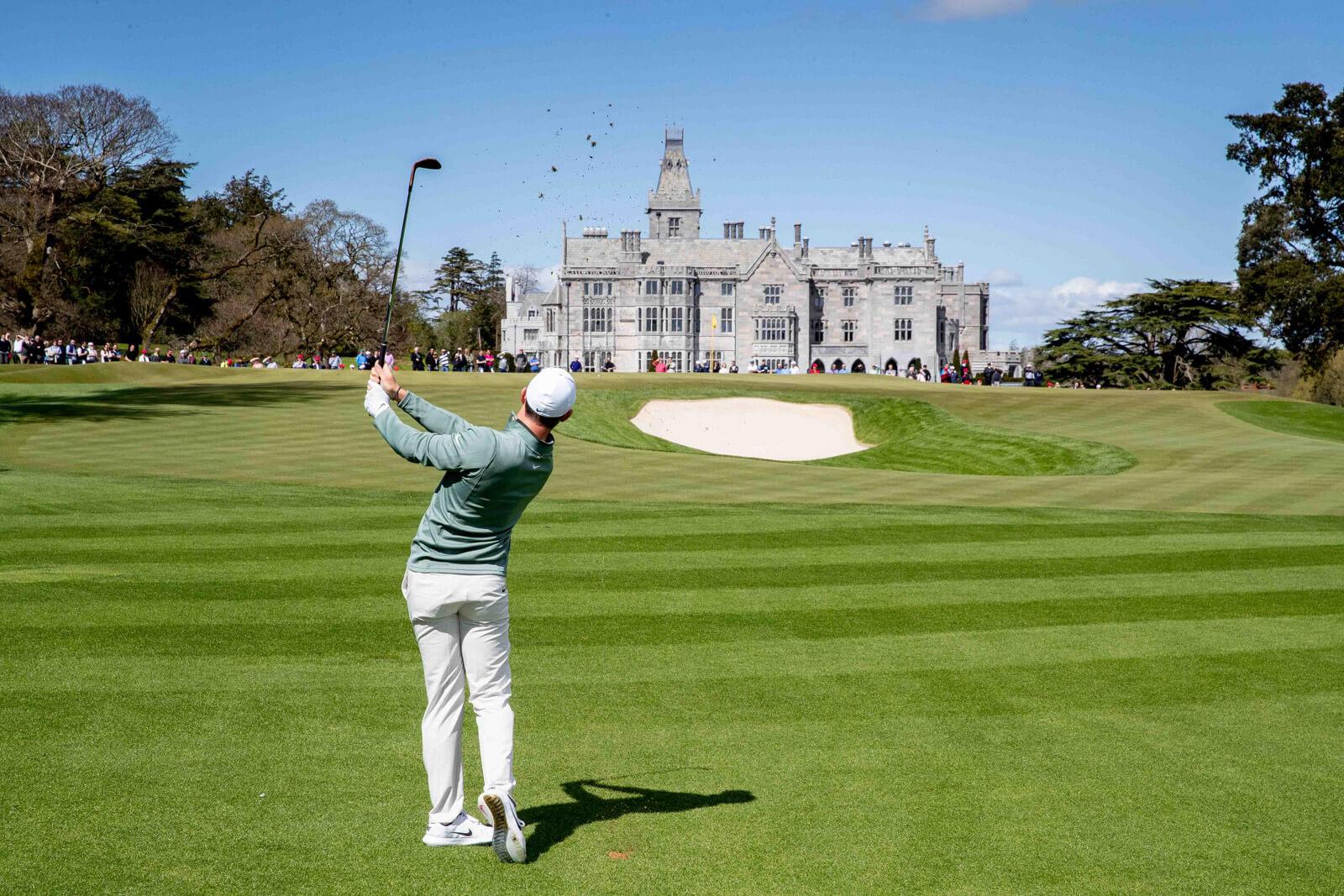 A golfer at JP McManus ProAm tournament at Adare Manor.

The JP McManus ProAm Committee has today announced the postponement of the 2020 tournament. The ProAm, due to be held this July at Adare Manor, Co. Limerick, has been deferred until Monday and Tuesday, July 5 and 6, 2021 at the same venue.

The tournament is a complete sell-out and all caps purchased will be valid for the rescheduled 2021 event, as will all on-site parking and Park & Ride passes.

Starting at the Limerick Golf Club in 1990, the tournament has been a significant force in raising money for charities throughout the Irish Mid-West. Since 2010, the event has taken place in Adare Manor. Over €140 million worth of fundraising has been donated, and despite the rescheduling, it won’t stop there.

Besides drawing the attention of renowned golfers, the tournament has seen celebrities such as singers Nicky Byrne and Niall Horan, actors Hugh Grant and Samuel L. Jackson and even other athletes like AP McCoy. It is not just an event for players, but it attracts the likes of many well-known stars and brings them to Ireland for a tournament of fun, generosity and sportsmanship.

This year’s ProAm tournament had special guests including number one golfer in the world, Rory McIlroy and his Irish Major champions Pádraig Harrington, Shane Lowry and Graeme McDowell. International players like Brooks Koepka, John Rahm and Tiger Woods were scheduled to play alongside the Irish Major victors.

The coronavirus threat has forced the PGA European Tour to be canceled as well. While the ProAm is not a part of the tour, it had to recognise the health and safety of those attending, especially since it is a full-house, sold-out event.

ProAm host Mr. JP McManus said, “We are all very disappointed with this news and we would like to thank everyone involved with the ProAm for their understanding and patience. To all ticket holders: please hold onto your ticket caps and we look forward to seeing you in 2021 for what promises to be an exciting tournament of world-class golf.”

“We would also like to convey our gratitude to the European Tour for their continued support of the event. We hope everyone will stay safe during these unprecedented times,” JP added. ProAm 2020 postponed

The ProAm Committee will release more information about the rescheduled event in the coming months.