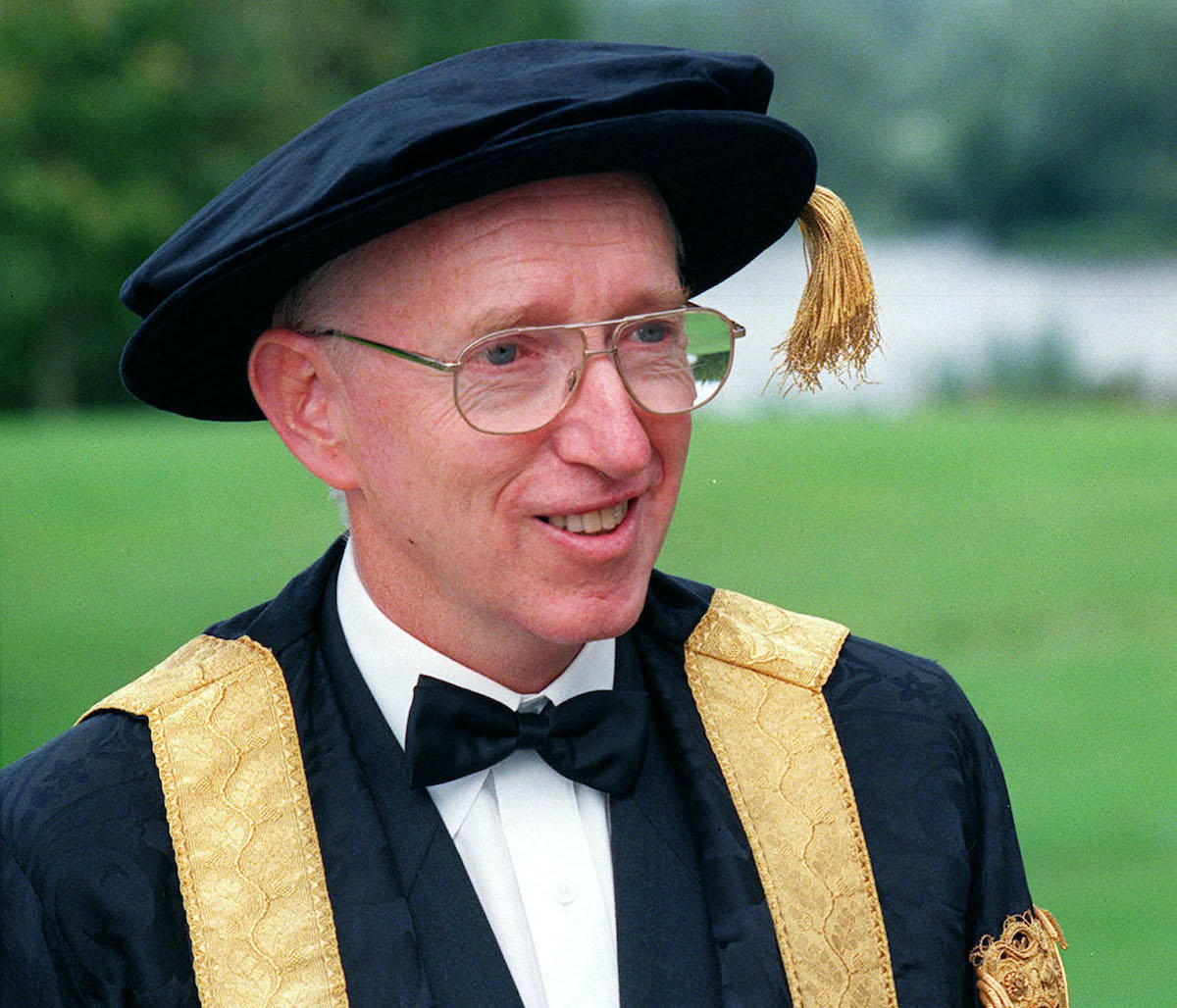 The death has occurred of University of Limerick President Emeritus Professor Roger Downer.

“Professor Downer led University of Limerick through an extraordinary period of growth and development in his eight years at the helm of the institution. He elevated the position of research at UL with the establishment of a Vice President Research role and ultimately achieved a five-fold increase in research income during his presidency.  He placed equal importance on teaching and introduced Ireland’s first Dean of Teaching and Learning position at UL,” said UL President Professor Kerstin Mey.

“It was under Professor Downer’s leadership that University of Limerick expanded its main campus across the River Shannon into Clare and the first bridge linking Limerick and Clare in over 200 years was built.”

Professor Downer led a significant capital development programme for the UL campus which saw the building of Kemmy Business School extension, the Languages Building, Engineering Research Building, the Irish World Academy of Music and Dance, the Health Sciences Building, the UL Sport Complex and Ireland’s first 50m swimming pool, the Student’s Union Building, two student accommodation villages and the first crèche for the children of staff and students at any Irish University.

Professor Downer also established UL’s Access Programme to allow students from disadvantaged background access to higher education.  He introduced new programmes in architecture, and in a number of health-related programmes including physiotherapy, occupational therapy, speech and language therapy. During his tenure as chair of the Irish University Association Professor Downer negotiated with the Department of Health to elevate Nursing to University degree status and UL along with other Irish Universities introduced a suite of nursing programmes.

Speaking about Roger Downer UL Chancellor Mary Harney said: ‘One of Professor Downer’s many legacies is UL’s School of Medicine.  He worked throughout his presidency to establish a new medical school for Ireland at UL against much opposition it must be said. Professor Downer felt strongly that post graduate medical education should be introduced in Ireland as a new pathway to medical education beyond the CAO.   He and his colleagues embarked on an ambitious task of establishing post graduate medical education at UL, competing with existing Irish medical schools leading to the establishment of UL Medical School in 2007 the first medical school since the formation of the Irish State.”

Professor Downer was diagnosed with Stage 4 Non-Hodgkins Lymphoma in 2004, six years into his term as UL President.

‘Roger was determined to fight the illness and was known to come to work at UL directly from chemo sessions. He ultimately made the decision to step down as UL President to continue his battle with cancer in 2006 but not before he delivered on many of the projects he had worked so hard on.   On the day of his resignation UL received notice of approval to establish a medical school,” said Professor Kerstin Mey.

“We are very fortunate to have had Roger Downer’s dedication and drive for University of Limerick.  He has left an indelible mark on this institution and on our community.   On behalf of the entire UL community, I wish to express my condolences to his wife Jean, daughters Kathleen and Tara and son Kevin.

A book of condolence will be open at UL’s Plassey House from Monday 21st November.

Cllr Francis Foley said, “Professor Downer led the University of Limerick through a period of massive growth for the institution. His vision for what the campus could become led to the expansion of the facilities at UL, which has seen it recognised as one of the most forward-thinking institutions in the education sector.

“The University’s students and staff all benefited from Professor Downer’s vast experiences in education centres such as Queen’s University, Oxford and Japan. My deepest condolences, on his passing to his wife Jean, son Kevin, daughters Katie and Tara, daughter-in-law Carla, and sons-in-law Darrell and Aiden.”

Dr Pat Daly, Chief Executive of Limerick City and County Council added, “Roger’s legacy will be forever remembered in Limerick. The growth of the University under his tenure, in both physical size and educational stature, will long benefit both the college and the surrounding areas. From the UL access programme to his tireless work on bringing a Medical school to Limerick, Roger’s vision for growth was met with action on the ground. He will be sadly missed by all who knew him”

Professor Downer will be laid to rest in Castletown Cemetery, Portroe on Tuesday, November 22, following mass at St Flannan’s Church of Ireland Cathedral in Killaloe at 11 am.

Read more about the University of Limerick