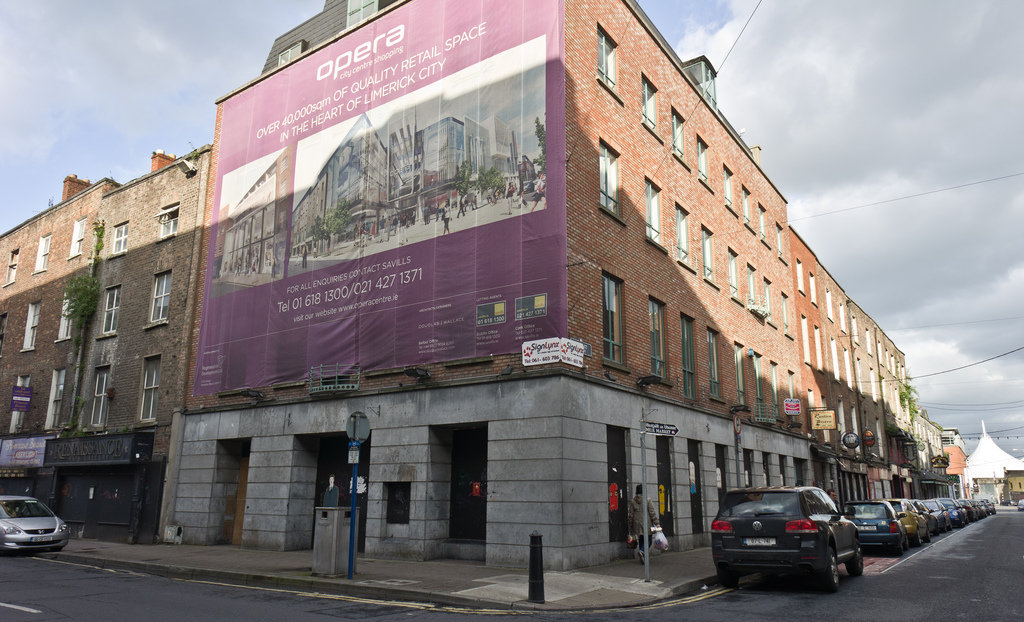 There will be a public meeting this Wednesday at 6:30 pm in Chez Le Fab café at Arthur’s Quay where plans for the former Opera Centre site are being put on display by Solidarity councillor Cian Prendiville.

The deadline for submissions on the €150m Project Opera development is fast approaching and the public meeting will let the public of Limerick have their say.

The Limerick Twenty Thirty DAC has formally applied for permission to develop at the Patrick Street site in Limerick City.

Amongst the Project Opera plans are three tall office buildings, with the highest being a 14-storey building. It is hoped the development of the Opera Centre site will create thousands of jobs.

Cllr Prendiville is concerned that there are no living spaces are planned for the Opera Centre site.

“It is very good to finally see some progress in terms of this vacant site, six years after the council bought it,” he explained.

“The council are proposing to spend €150m building four multi-storey office blocks on this site, and redeveloping four existing buildings, again as offices, with not a single apartment on the site. This is in the middle of a housing crisis, with almost no affordable, quality apartments available in the city centre, and rents already going through the rough.

“While not everyone wants to live in the city centre, more and more young people, in particular, are looking for that option,” he said.

Cllr Prendiville warmed that if Project Opera proceeds as is planned that Limerick could be facing a ‘dead zone’ at the weekends after 6 pm.

“As the Liveable Limerick campaign has highlighted, we have the potential for a truly vibrant city centre, but to do that we need to invest in providing quality, affordable and social housing in the city centre for people to rent or buy. The old Georgian buildings, in particular, could be turned into ideal apartments for young people and families who want to live in the city centre,” he said.

The deadline for people to make their views known on Project Opera is August 25.  After this, the Metropolitan district councillors will decide on how the plans proceed.

The original plans for Project Opera would have seen the area become a new shopping centre which was described by the then developer Suneil Sharma as “Limerick’s shopping mecca”.

For more on Limerick City and County Council click here