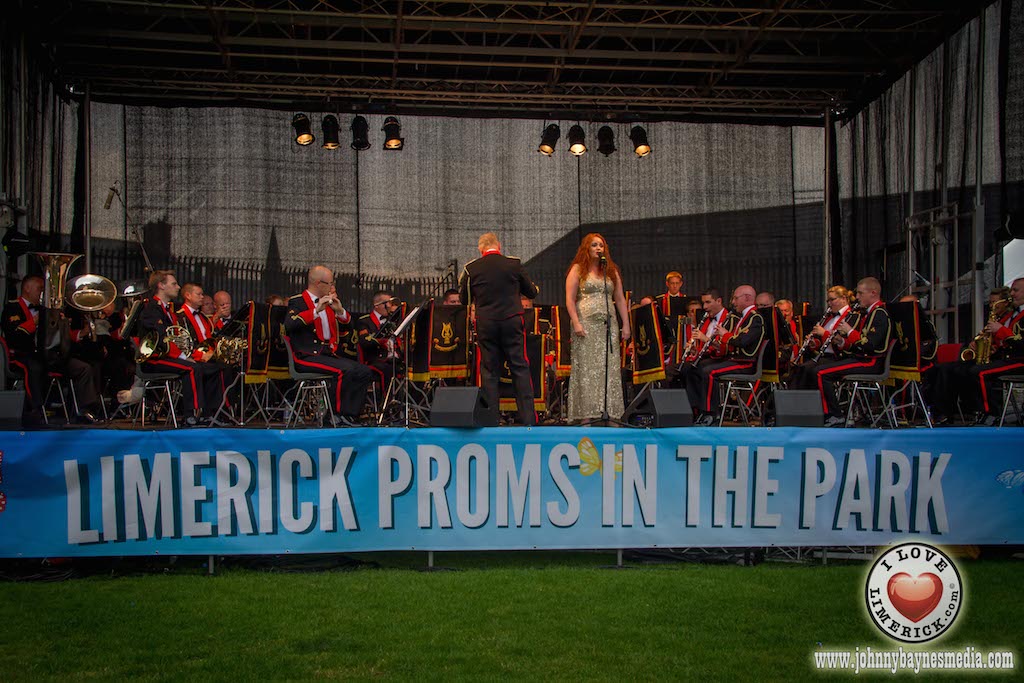 Proms in the Park

Limerick soprano Sarah Dolan performing at Proms in the Park 2014

The People’s Park was filled with the strains of scores from some of the world’s most loved films as part a Limerick City of Culture event called Proms in the Park. The Defence Forces delivered Proms in the Park, a fun-filled family event that is a major event on the culture calendar. The concert marks the 75th anniversary of the 12th Infantry Battalion and will feature The Bands of the 1st Brigade at the July 24 event.

Film scores from much loved movies such as Pirates of the Caribbean, Harry Potter, ET, Mission Impossible and John Williams’ iconic Indiana Jones score were performed, while lovers of classical jazz and big band will be also be sated by the music on offer. Tchaikovsky’s March Slave and John Williams’ Olympic Fanfare and Theme also featured on an extensive programme, while traders from the Milk Market were on hand. Special guest of the evening was Limerick soprano, Sarah Dolan. Arts officer Sheila Deegan said it was “ a fantastic opportunity for the family and the atmosphere was fantastic”.

Photos by Jonathan Baynes for ILoveLimerick.com 2014. All Rights Reserved.