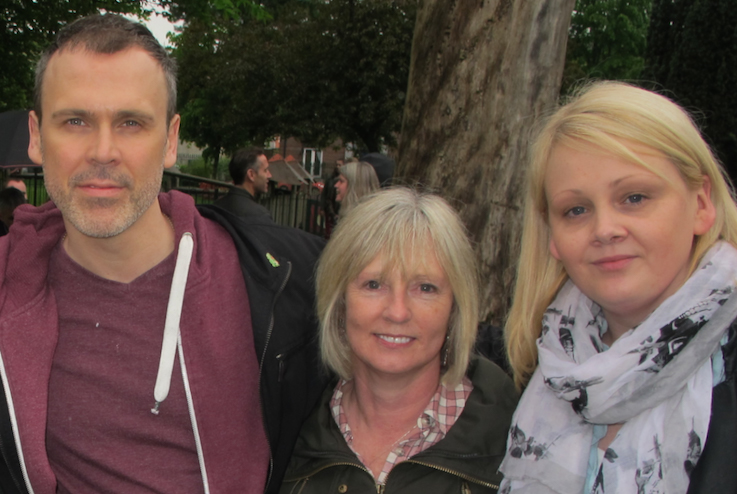 Purple Up event against domestic violence

Richard pictured with Moira Hayes and Sheena Kinsella of United & Strong, a new group that help people in family crisis, as a direct result of Domestic Abuse. Picture: Laura Goggins 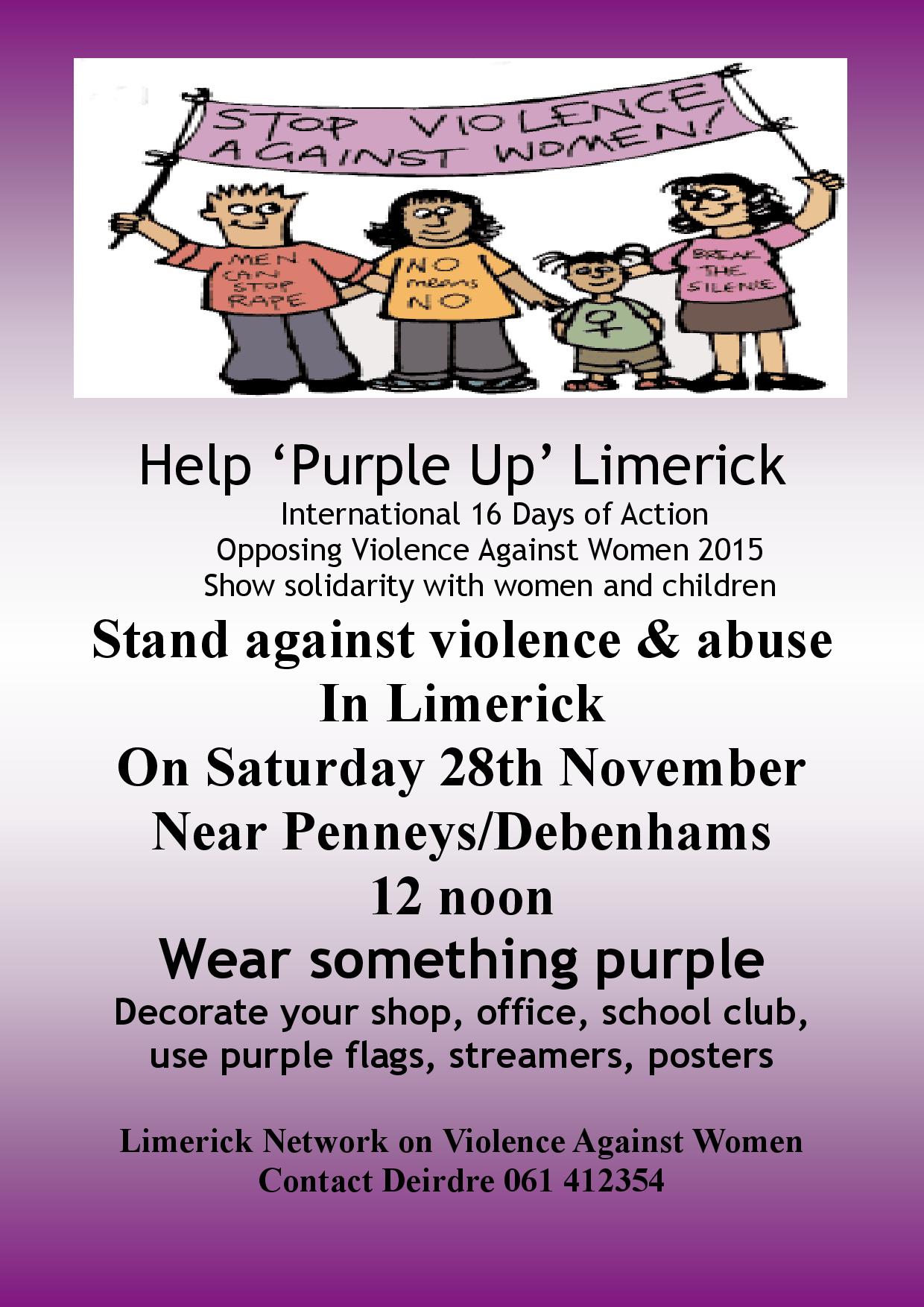 The Purple Up event against domestic violence will take place on Saturday, Nov 28, to raise awareness on violence against women.

The event is part of the International 16 days of Action Violence Against Women 2015, taking place from November 25 to December 10.

To highlight the prevalence of violence against women in Limerick and stand in solidarity with those who are affected by abuse and violence in their close relationship and to turn the spotlight on abusers and send a message to them that Limerick will not tolerate abuse of our women and girls.

Groups in the Limerick city and county areas attended a meeting recently and undertook to ‘purple up their own areas by calling to premises and asking people to support the campaign and giving them the materials and posters.

The Council has agreed to light up Merchants Quay, (city hall) in purple.   Shops, schools, Credit Unions, Banks, offices, organisations, will be asked to dress their windows, (purple balloons and crepe paper streamers will be provided) and display an A3 poster supporting the Campaign.

It is encouraged that people wear purple, carry purple flags and banners to meet at ‘The Urban Garden’ opposite Penneys and Debenhams, by permission of the Council, in the city centre for a rally at 12 noon to 1 pm with a spotlight on the abuser.  It is hoped that the colour will attract attention and a crowd will gather.

Senator Tony Mulcahy, who was a member of the Joint Oireachtas Committee who heard submissions from many groups, organisations and individuals, on the reform of the legislation, will speak.

Local newspapers, radio stations and RTE Mid-West Correspondent Cathy Halloran have all been approached to cover the event.

Read about United and Strong here