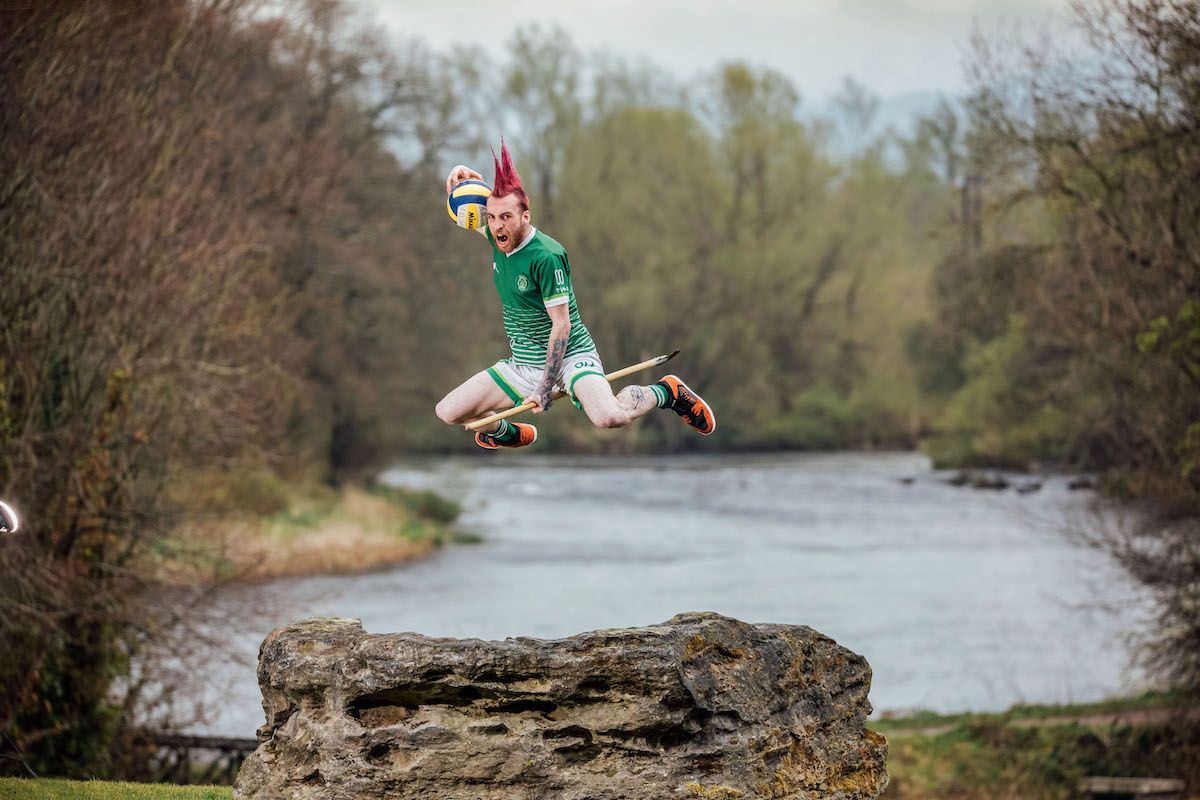 The European Quidditch Cup and the International Quidditch Association European Games will both take place in University of Limerick (UL), Limerick this summer. Details were announced at a joint launch by the two governing associations in Plassey House, Limerick.

The International Quidditch Association European Games 2022 will take place from Friday, July 22 to Sunday, July 24 with an anticipated 600 to 800 athletes expected to represent over 20 countries.

Quidditch has grown beyond the books and movies of Harry Potter to a sport loved by thousands worldwide.  Quidditch is a fast-paced, mixed-gender and full contact sport likened to a cross between handball, rugby and dodge ball. Originally inspired by the game in the Harry Potter series, quidditch has grown since an inaugural match in 2005 to be a sport played by thousands of players in over 40 countries.

Seven players on each team compete to outscore their opponents by scoring the quaffle through one of the opposition hoops, defending their own hoops with tackles and bludgers, and catching the snitch to end the game.

Speaking at the launch event, Mayor of the City and County of Limerick Cllr Daniel Butler, said: “This unique sport will feel right at home in Limerick – a vibrant and dynamic city that has recently been designated a Wild Atlantic Way Gateway City.  Winning both bids is testament to the superb sporting facilities and infrastructure we have here. Congratulations to everyone involved, we look forward to seeing the games take off and welcoming so many European visitors to our city and county.”

Pauline Raes, International Quidditch Association, said “2022 is an exciting year for quidditch in Europe as we can bring back the game on the highest level of competition. Working with Dean Foley from UL, Philip Moore from Quidditch Ireland and all the other people involved is a true pleasure and we are excited to see the IQA European Games come together this July and find out which nation will be crowned champions.”

“With both our event and the EQC Division 1, Limerick will be the capital for our sport in 2022. With the fantastic quality of the venue, housing and staff, this event will surely be a success,” she continued.

Laurens Grinwis, Quidditch Europe, said “This year, the sport of quidditch will reach new heights in Limerick. It is a very exciting year where all the focus will be on Limerick as the best club teams in Europe compete for the Division 1 European Quidditch Cup in June.”

“We are thrilled to have this event scheduled and ready to go ahead again after Covid19 held us back for so long.  We are excited to continue to work closely with Philip Moore of Quidditch Ireland, Dean Foley of UL and everyone involved in what will become a fantastic sporting memory for all,” he continued.

Sam Johnston, Fáilte Ireland’s Convention Bureaux of Ireland Manager, said “We are honoured that Limerick was selected to host both the International Quidditch Association Games and the European Quidditch Cup this summer. Sporting events like this are highly lucrative, contributing significantly to the local economy.  With over 30 teams competing, the games will bring over a thousand international participants and Quidditch enthusiasts from across Europe to our shores.  It is expected that these games will generate upwards of €1m in revenue for Limerick.”

“Winning these sporting events is a further testament to the world-class facilities at the University of Limerick. The collaborative bid between The Shannon Region Conference & Sports Bureau, University of Limerick, Limerick City and County Council, Limerick Sports Partnership and Fáilte Ireland ensured success and guaranteed this lucrative event for Limerick and Ireland,” he continued.

The Irish national quidditch team has participated at a European level since 2017.

To learn more about the International Quidditch Association, go HERE

Related Topics:Quidditch Ireland
Up Next

Egg-citement as over 50,000 passengers expected for Easter at Shannon Airport