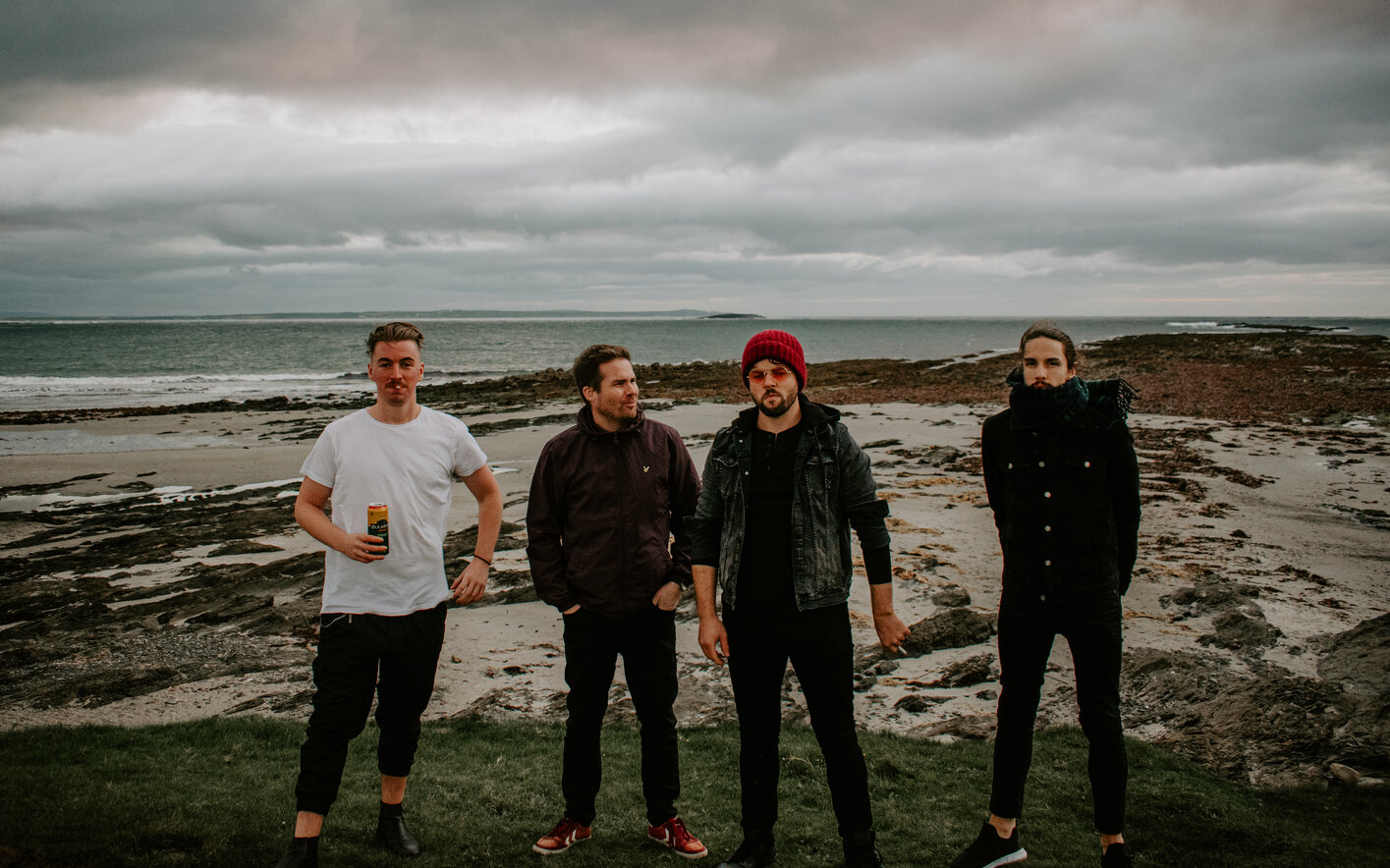 Raging Sons New Single Someone Else’s Love is out now.

‘Someone Else’s Love’ is a departure from the Sons’ signature blend of alt-rock & synth-pop as they venture into more melodic waters.

Limerick band Raging Sons, arrive with their new single ‘Someone Else’s Love’ which is out now.

Merging gritty, alternative rock with modern, dark synth-pop, Limerick quartet Raging Sons have made waves in recent months with the first  two singles, ‘Tonight’ & ‘Breathe Easy’, off their upcoming debut album,  the latter of which was recently featured as a 2FM Track Of The Week.

Formed and reformed over several years, this final line up of Fint Tynan (Vocals), Colum Kelly (Guitar), Damien Ruddy (Bass) and Adam Reeves (Drums) have been working on their inaugural album since 2018; a  medley of powerful rock and roll numbers, spine tingling ballads and  driving synth-pop that pulls from influences such as Muse, U2, The  Killers, The Slow Readers Club and Nothing But Thieves.

Delayed by COVID-19, Raging Sons’ yet to be titled debut album is now slated for release in August 2021.

On the surface, ‘Someone Else’s Love’ dark, painful breakup. At its core, though, is a song about the realisation of being stuck in a place that you don’t belong, about contending with the  struggle of breaking free and an exploration of the complicated feelings that accompany the loss of something that you needed to leave behind.

Musically, ‘Someone Else’s Love’ is a departure from the Sons’ signature blend of alt-rock & synth-pop as they venture into more melodic waters. This ballad takes the listener on an emotional journey that mirrors its themes: starting with soft, delicate sounds, steadily  building to a crescendo with bellowing vocals, ambient guitar, big drums,  sorrowful violin and eventually cascading with elegant piano that  accompanies its resolution.

Their previous single entitled ‘Breathe Easy’ released fourth months ago, was written during the first lockdown of the COVID-19 pandemic in March 2020 whilst the band were recording their debut album. The title itself reflects a time in which the world is fighting a respiratory disease. A time in which we are restricted in many senses, craving air, and freedom.

‘Someone Else’s Love’ is available on Spotify, Apple Music and all other major platforms now.