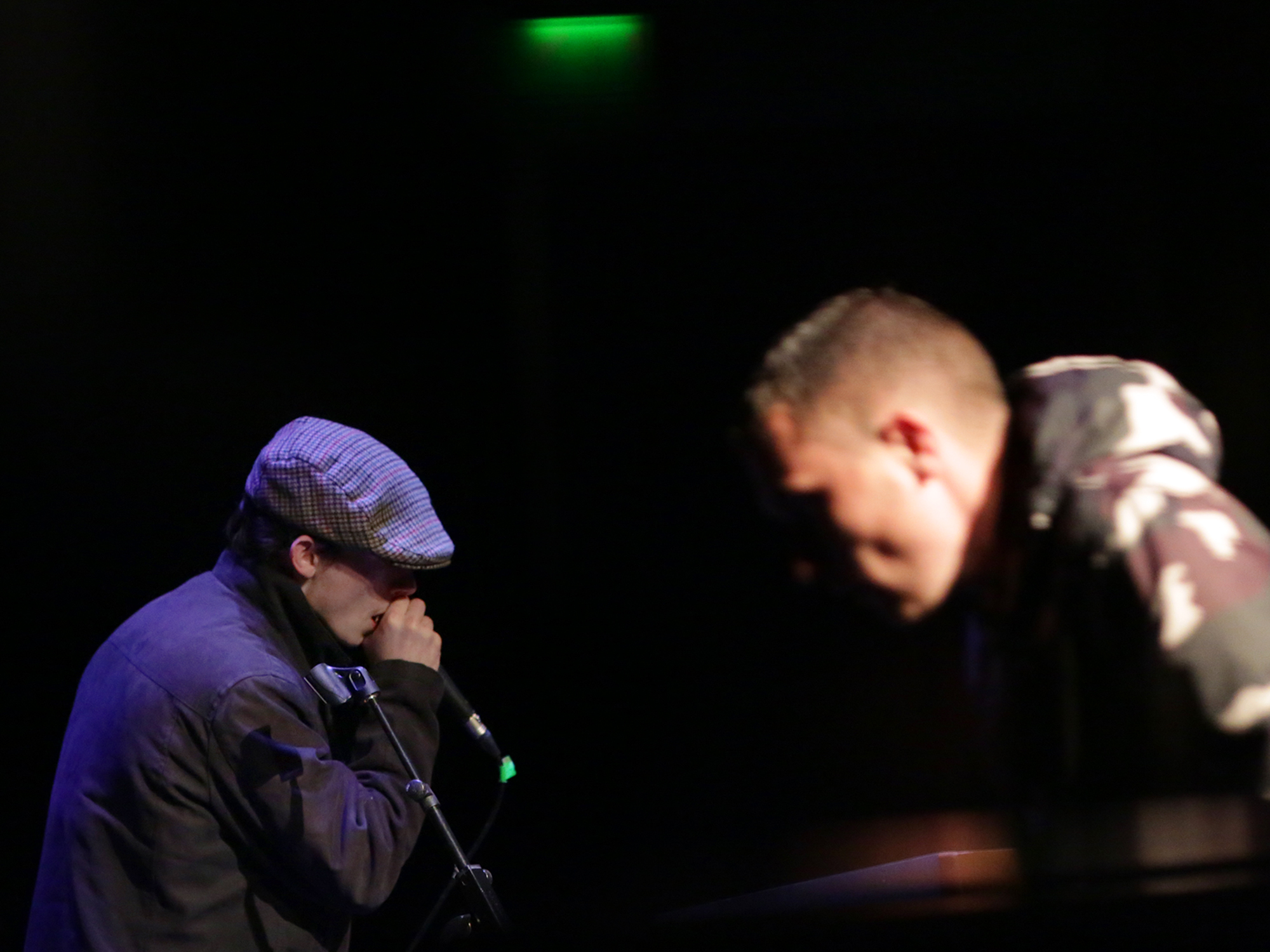 Jonen Dekay performing at Narrative 4’s Global summit event earlier this year. He will be joining them again this weekend to bring to you Rap Music from Limerick and London.

Catherdavin native Jonen Dekay has been making waves in the urban music scene for the past year gaining accolades from The Irish Times and the Rubberbandits. Dekay honed his craft in Limerick with Music Generation and the Music Hub Studios.

DeeRiginal will be performing next to Jonen Dekay as part of Narrative 4’s Rap Music from Limerick and London.

James Lawlor, Regional Director of Narrative 4 said: “We are delighted to partner with Blast Beat UK to showcase these two emerging rap musicians. The essence of both Dekay and DeeRiginal rap is storytelling and we want to facilitate the telling of stories in all its forms. I was introduced to the music of Jonen Dekay last year through Music Generation and the Learning Hub. I was so impressed I invited him to perform at our Narrative 4 Global Summit this past June alongside musicians Colm Mac Con Iomaire from the Frames and Mickey Madden from Maroon Five. For days after, our students were singing Jonen’s song ‘Cold Mornings’. He is an immense talent.”

Dekay will perform with London native DeeRiginal. DeeRiginal has won many awards for his music in the UK including the Blast Beat UK Music champion 2015.

Born in 1996, his musical career started at the age of 14. From writing raps in class to then going home and using budget recording software to make music, Dee was passionate from the get-go.

Winning his first talent competition in 2012 was the icebreaker of success as many more achievements started coming his way; talent shows, lyricist awards, festival competitions. All of this achieved through music recorded and mixed at local Devas Youth Club, Battersea, south London.

As things furthered we saw demo mixtapes and singles get released, the first successful hit arguably being “Oh Mary” the mellow, stoner anthem of 2014.

In 2015 we saw a more outspoken side of Dee with “Ops Start with C” where he spoke out on the rise of police brutality in the media.

The free event is a collaboration between Blastbeat UK, and Narrative 4. Equipment supplied by Music Hub Studios.
Narrative 4 welcome everyone to come to this not to be missed gig taking place this Sunday, 1 October at 7.30 pm.

To read more of our stories about Narrative 4 click here