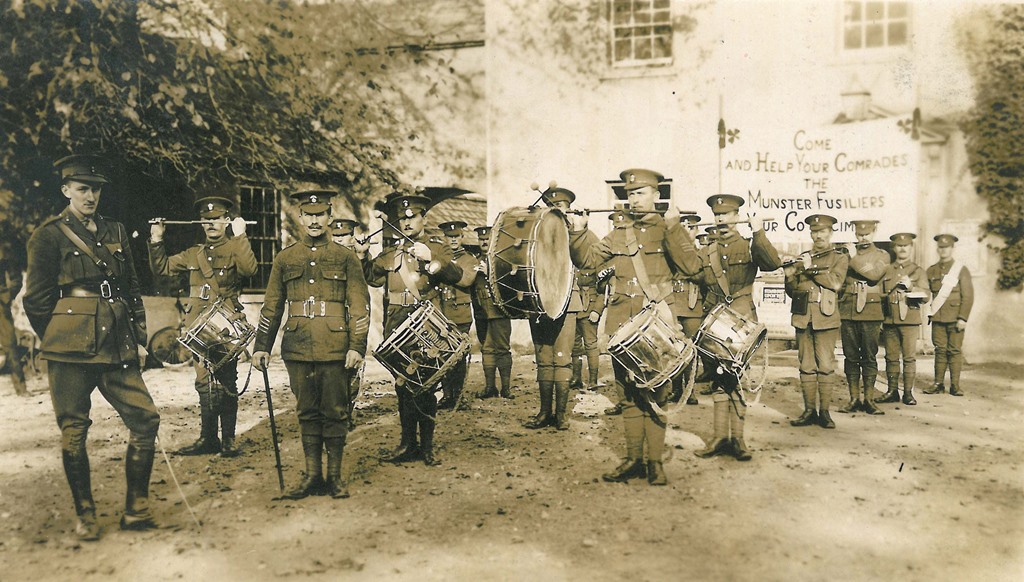 Pictured Above: The Royal Munster Fusiliers drumming up recruits in Limerick in 1914, one of the many photographs that will be put on display as part of ‘Stand Up And Fight’ – a new exhibition documenting Limerick’s ties to international military campaigns. Photograph by H M Stewart, 104 O’Connell Street, Limerick. 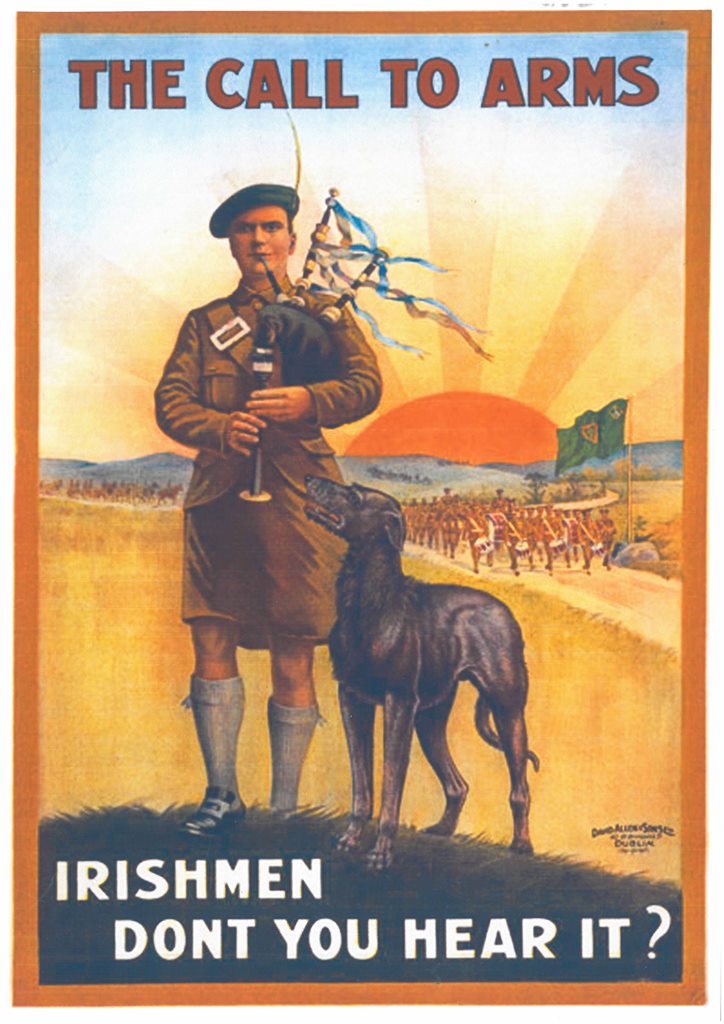 Never before seen Rare Limerick Artefacts are being put on display as part of an exhibition entitled ‘Stand Up and Fight, Limerick’s Military History from the Wild Geese to Gallipoli’.

Limerick Museum and Archives says the exhibition, which will be launched next week and runs until the end of the year, documents Limerick’s ties to international military campaigns and the social and economic effects of these at home.

The launch of the exhibition coincides with the 100th anniversary of the Gallipoli campaign which claimed the lives of 800 members of the Royal Munster Fusiliers, 75 of whom were from Limerick including 8 natives of the village of Coonagh who died when their ship was torpedoed. Conservative estimates suggest that one in four, or 1,000 of Limerick’s 4,000 listed men died in the First World War.

The exhibition features memorabilia and militaria from Limerick Museum and Archives’ own collection as well as donations by private collectors and members of the public.

Items on display include flowers sent home by a Limerick soldier from the front at Ypres to his mother in Limerick, an oar from one of RMS Lusitania’s lifeboats, cannonballs and musket balls from the Siege of Limerick, pikes used during the era of United Irishmen Rebellion, a bloodied apron worn by a Limerick nurse while serving in a First World War field hospital, German and Allied military militaria, and rare photographs of the American Civil War, Boer War and First World War. 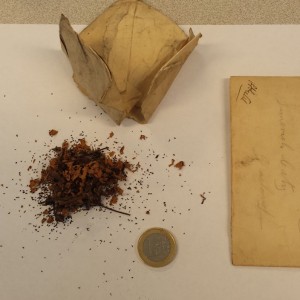 The remains of flowers sent home by a Limerick soldier from the front at Ypres to his mother in Limerick will be put on display as part of ‘Stand Up And Fight’ exhibition.

Also featured are American Civil War army uniform buttons produced by the Limerick (Tait) Clothing Factory, which held military uniform supply contracts with the Confederacy as well as the British Army during the Crimean War.

While much of the exhibition is concerned with the participation of Limerick men and women in The Great War, it also deals with Limerick’s long military and naval tradition as well as the military culture that started in earnest in the 17th century and has lasted since. Limerick is a port town and many of the Abbey Fishermen joined the navy.

The exhibition looks at some of the careers of Limerick men who fought in the British army all over the world. Many second sons of the Anglo-Irish gentry joined the British army as it was one of the few economic options open to them. One of these was George de Lacy Evans from Moig, Askeaton, who was involved in the burning of the White House by the British in 1814. He also made a major contribution to army reform as he successfully campaigned for an end to flogging in the British army.

“From the departure of the Wild Geese in 1691 to the Limerick men who fought in the Boer Wars, Limerick is steeped in military history,” explained Limerick Archivist Jacqui Hayes. 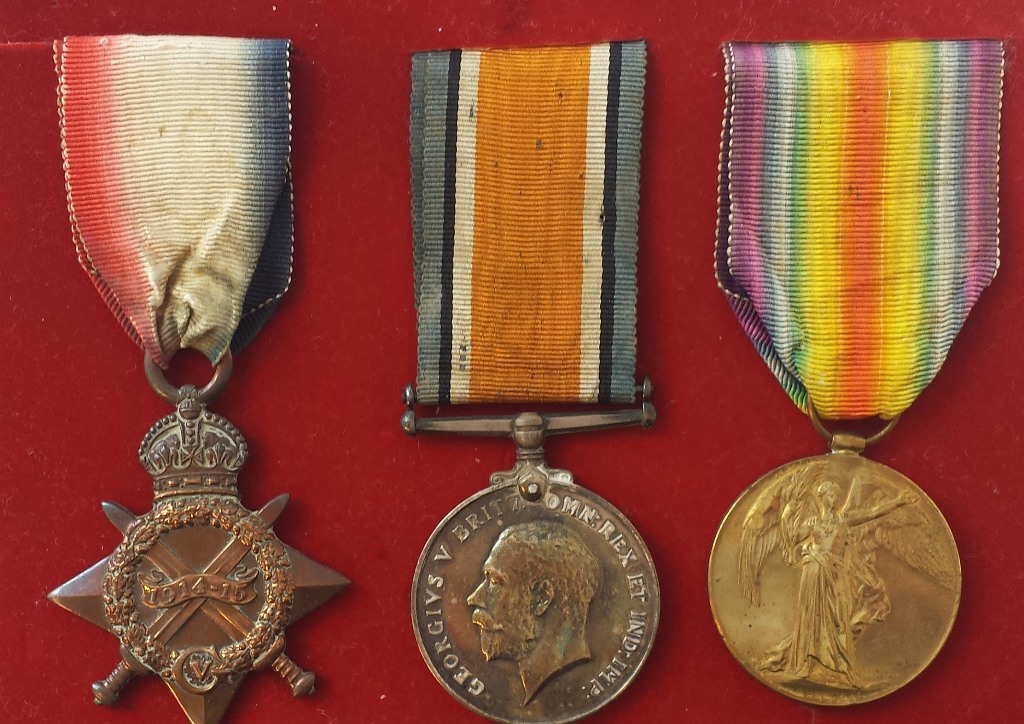 Military medals belonging to Martin Kennedy of the Royal Munster Fusiliers will be put on display as part of ‘Stand Up And Fight’ exhibition. Martin Kennedy was the son of James and Hannah Kennedy, of 9, Punches Lane, Carey’s Rd., Limerick, He was only 17 when killed in Belgium on 30 June 1916.

“Limerick’s location on the Shannon means it has always been a strategic military stronghold. There were four barracks in Limerick in the nineteenth century and soldiers were a familiar sight in Limerick.

“While primarily focusing on Limerick’s lengthy military history, the exhibition also examines the impact of the military on Limerick’s social history in these centuries, such as the numbers who joined the armed forces; particular areas which had a tradition of recruitment; family military traditions and the role of women,” Ms. Hayes.

“Other issues that will feature will be the impact of the military in Limerick’s social life such as the popularisation of rugby (a connection referenced in the exhibition title), the development of marching bands, and service overseas by Limerick recruits. Only in Limerick and South Africa are trainers/runners called ‘tackies’ a word brought back from Limerick men fighting in the Boer War where light shoes laced at the top were worn,” she added.

Supported by the Limerick Branch of the Royal British Legion, the Royal Munster Fusiliers Association and the Irish Naval Association,’Stand Up and Fight’ will be launched on Thursday 7 May. The exhibition runs at The Glazed Street, Limerick City and County Council Civic Buildings, Merchants Quay, Limerick, until December (9am-5pm, Mon-Fri).