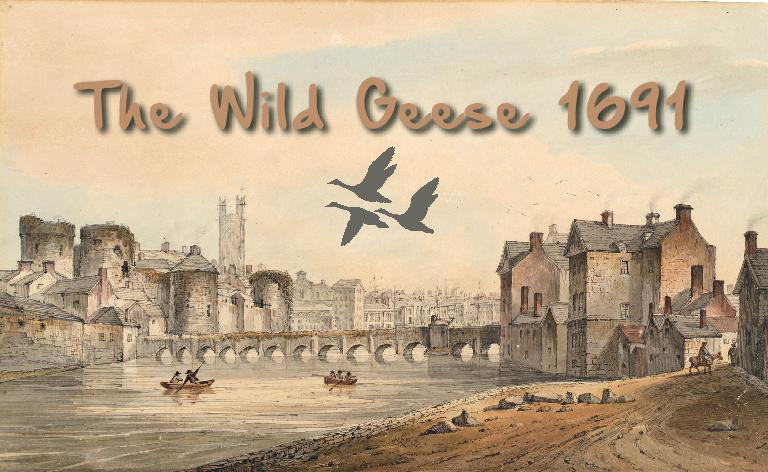 Re-enactment of the signing of the Treaty of Limerick, Sat Oct 3

A re-enactment of the signing of the Treaty of Limerick will be held on Saturday, October 3, in Arthur’s Quay Park at 10.45am.

At the event will be fully costumed Jacobite soldiers, including Patrick Sarsfield, and several characters representing those who signed the Treaty, including Ginkel on the Williamite side.

After the event, there will be a march to the rear of the Hunt Museum, where there will be several small sailing boats, courtesy of Scouting Ireland, where the soldiers, women and children will sail out on the Shannon to re-enact the ‘Flight of the Wild Geese’, now it’s 325th anniversary.

The event is part of Sarsfield Day, which was unfortunately postponed earlier this year. The Sarsfield Day Festival, last year, was aimed at reminding Limerick of the often-forgotten figure who played a huge role in our history and the signing of the Treaty, which helped to preserve our city.

Sean McNamara, organiser of the event, arranged a re-enactment of the horsemen charging through Limerick’s streets, a historical event which occurred in 1690.

Arthur’s Quay was also the main point of last year’s event, with a medieval fayre, craft and food stall and battle recreations.

The highlight of the 2014 event was 100 costumed Jacobite horsemen, including Sarsfield, Galloping Hogan, Boisseleau, Ned of the Hills and Honora de Burke, riding out of King John’s Castle, after which followed a fireworks display with a sound and light show on the banks of the Shannon.

This year’s event is sure to be an exciting, family-friendly morning for the Limerick public.