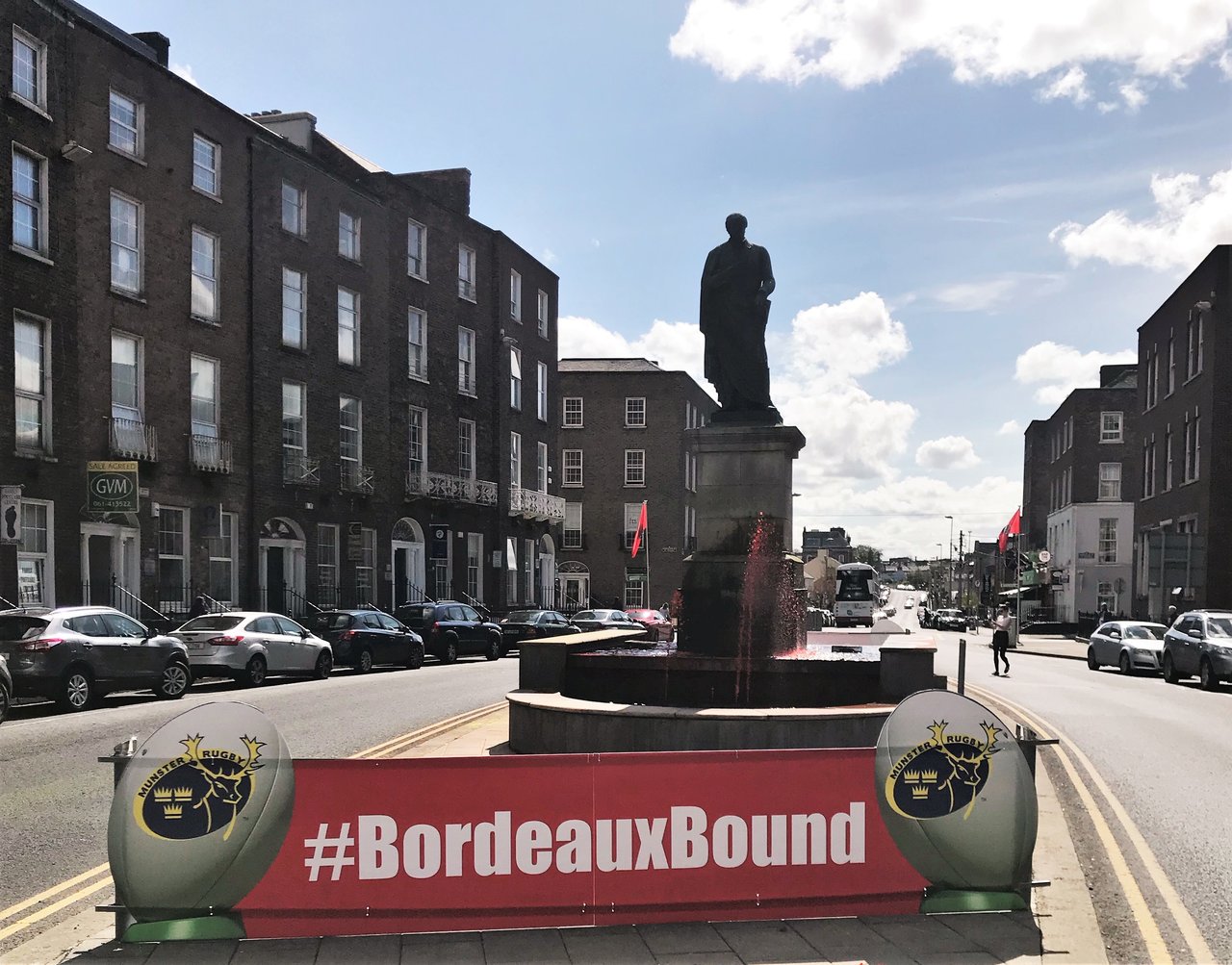 Limerick mayor, Stephen Keary, is encouraging all citizens to paint the town red for Munster in their battle in European Rugby Champions Cup semi-final.

The Mayor of the City and County of Limerick is calling on businesses and citizens to turn Limerick red to show their support for Munster ahead of the province’s trip to Bordeaux this weekend for the European Rugby Champions Cup semi-final against Racing 92 in France.

Thousands of supporters are set to travel to Bordeaux as Munster take on the French giants on Sunday afternoon at 3.15pm in the Stade Chaban Delmas.
Schools, creches and offices encourage everybody to wear red for Munster on Friday April 20

Limerick City and County Council will play its part by flying Munster flags across the Shannon in support of the team and will fly the Munster flag at its Corporate Headquarters in Merchant’s Quay and Dooradoyle on Thursday and Friday ahead of the match.

It will also floodlight Merchant’s Quay in red along with King John’s Castle and the Clayton Hotel which will also be lit up in the Munster colours.

Mayor Keary said: “We all know how special this competition is to Munster Rugby, its supporters and to Limerick.  I know that thousands of Munster fans will be travelling to France to support the team so we want to ensure that they know the whole of Limerick is behind them.”

“I’m calling on business owners and individuals to get behind the Munster team and turn Limerick city centre red, by dressing their shop windows in Munster red, or by flying red bunting and Munster flags outside their homes. I’d also encourage office workers, schools and crèches to turn Limerick red on Friday as the atmosphere builds and hopefully we’ll be celebrating come Sunday night and facing into a European Champions Cup final next month,” the Mayor added.

For all that there is to know of Munster Rugby, Visit here

For more stories on Munster Rugby from I Love Limerick, click here