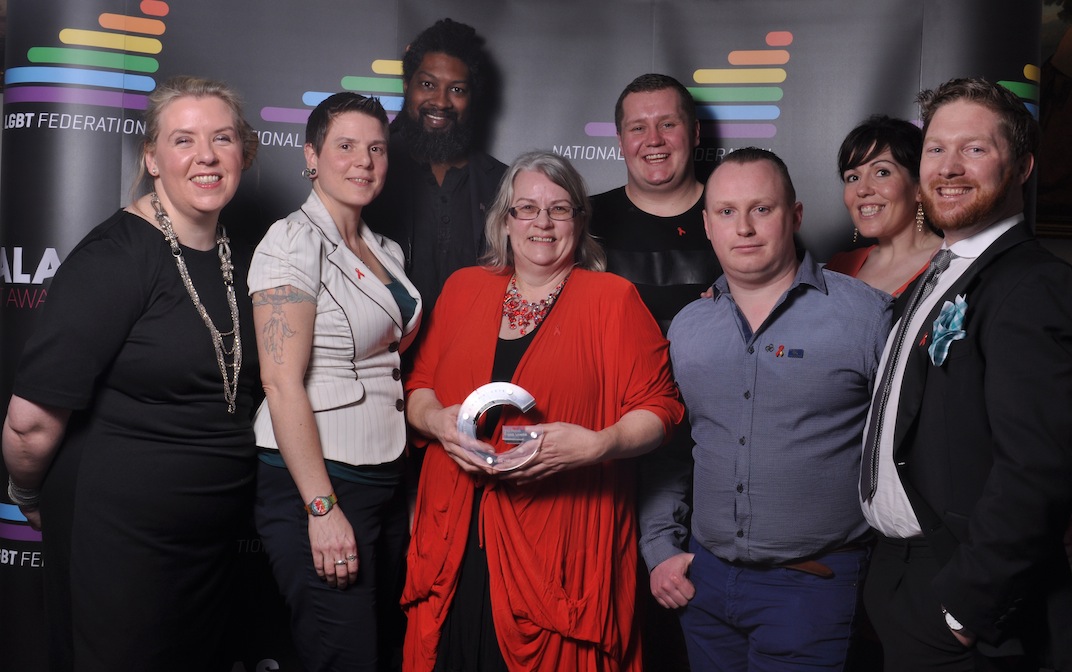 Sunday June 15th is Irish AIDS Day and the Red Ribbon Project, based on Davis Street in Limerick City, will mark the day by holding free Rapid HIV Tests on Thursday June 12th.

The Red Ribbon Project has been involved in HIV activism since it was first set up in 1989 by a group of gay men in Limerick and is currently promoting ‘Everyone has an HIV status – do you know yours?’ by providing rapid HIV testing in the community. Rapid HIV Testing has been common in other European Countries for a few years now but it has only recently been introduced in Dublin by Dr Shay Keating and the Gay Men’s Health Project.

The test uses saliva or a pin prick of blood from your finger and the results are available within 20 minutes. The Red Ribbon Project is working together with the STI clinic at the Regional Hospital so that anyone with a reactive result can be immediately referred there for a confirmation test and medical care.

Currently, it is estimated that 30-50% of the 2.3 million people living with HIV in Europe are unaware of their HIV status. The Executive director of UNAIDS, Michel Sidibé said “People have the right to know their HIV status. It is essential that new approaches are generated to enable and empower people to access HIV testing without fear of stigma, discrimination or criminalisation.”

Anyone interested in booking an appointment for a Free Rapid HIV Test should contact Red Ribbon Project on (061) 314 354 or email [email protected]  All appointments are confidential. Appointments can be made for other dates & times but a charge will occur.

Ann Mason, Manager of the Red Ribbon Project stated how important it is for people to know their HIV status; ‘These days HIV is a treatable infection and the sooner someone living with HIV accesses treatment, the sooner the medication will reduce their viral load to undetectable.’

To date 6,979 people have been diagnosed with HIV in Ireland since the 1980s. Of the 344 people newly diagnosed in 2013, 159 (46%) are Men who have Sex with Men (MSM) – the figures show that gay and bisexual men are still considered most at risk of acquiring HIV in Ireland and men in general are three times more likely to encounter and acquire HIV than women.

‘Of particular concern is the repeated high figures amongst MSM, particularly gay and bisexual men in their 20s and early 30s – the 2013 figures are similar to 2012 figures which were the highest diagnosis figures recorded to date’ continued Ann.  ‘There is a clear need for a National campaign aimed at educating this particular community about how they can effectively protect themselves from HIV infection.’

Red Ribbon Project works in the areas of Gender, Orientation, Sexual Health & HIV. In March of this year RRP were awards the Noel Walsh HIV Activism Award at the 2014 Gay & Lesbian Awards.