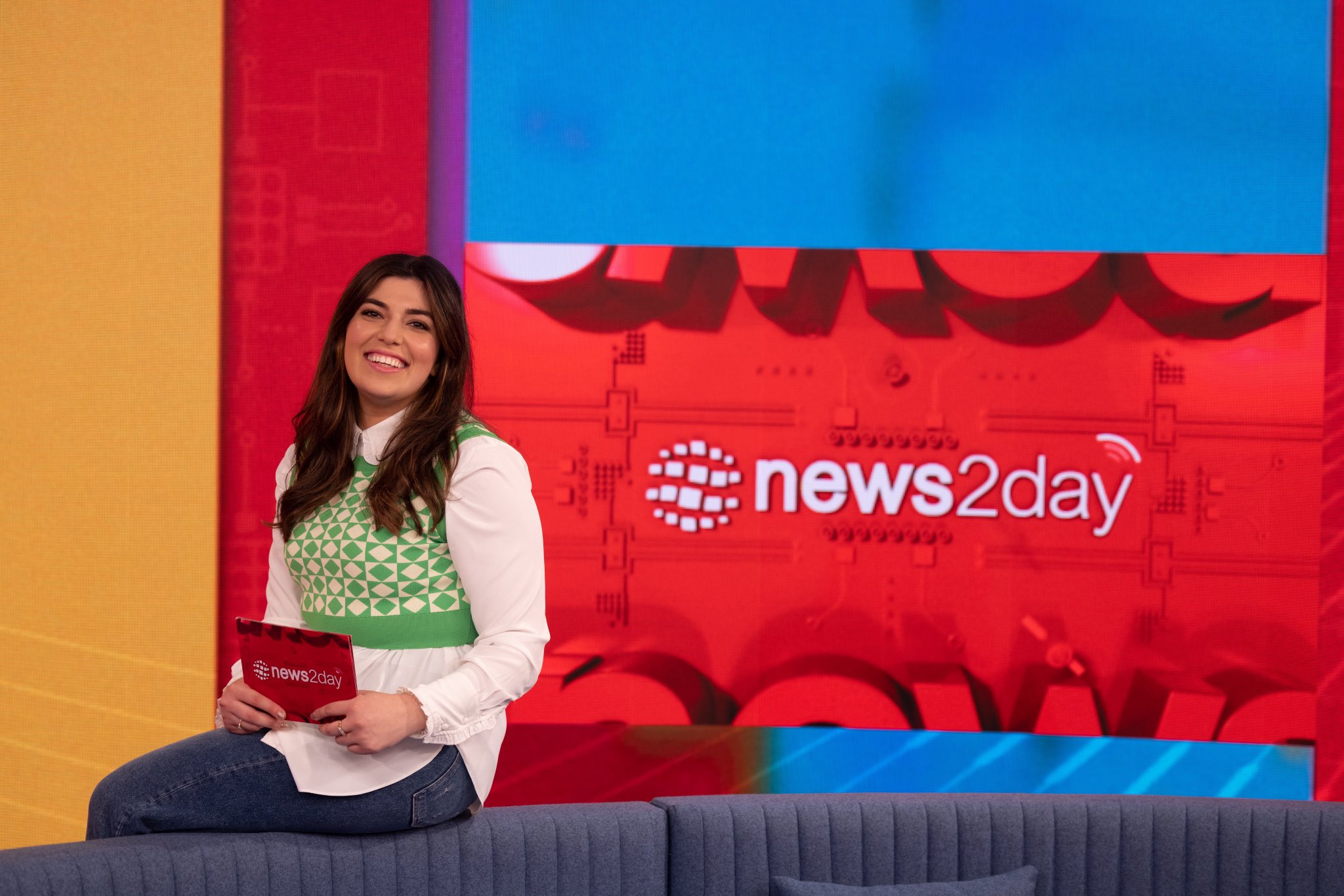 Reem is joined in the newsroom by Mícheál Ó Scannáil, who has been with news2day since September 2020.

Limerick’s Reem El Hassany has made her on-screen debut as a news presenter on RTÉ’s daily news2day programme.

News2day is a news service by RTÉ designed specifically for children, featuring both Irish and international news aimed at young audiences. The show is also used frequently by teachers as a classroom aid and point of discussion.

Reem was chosen to join the team following a call-out to media and journalism graduates across the country followed by a comprehensive audition process.

She was born in Iraq but has lived in Ireland since she was a baby with her family. She completed an undergraduate degree in pharmacy at the University of Hertfordshire in the UK and worked as a pharmacist for a year before moving to South Korea to teach English to young children.

Reem then returned to Limerick to study the MA in Journalism at the University of Limerick, where she became a reporter for Limerick Voice, as well as presenting the MA in Journalism’s live news day programme. She also presented a radio show in a secondary school and worked as a research assistant at UL’s student union.

Schools can be very busy, noisy places, and sometimes you need a place to relax. A school in Co. Wexford have opened up a sensory garden, where their pupils can go and have a break. @reemelhassany went to visit the exciting new space! pic.twitter.com/RKhzOeAyUf

Reem has a variety of journalistic interests, including healthcare, lifestyle, entertainment and travel, as well as personal interest such as baking and crocheting.

Her family, which includes five siblings and younger cousins, are extremely proud of her achievements.

She is joined on news2day by her co-presenter Mícheál Ó Scannáil, who has been with news2day since September 2020.

Mícheál is from Co. Wexford and spent the summer reporting on the Olympics for RTÉ Sport and presenting the sport news on RTÉ’s Six One News.

He has previously worked for INM, where he spent two years reporting for the Irish Independent, Independent.ie and the Herald.

The show is broadcast Monday to Friday at 4.20pm on RTÉ2 and RTÉ News.