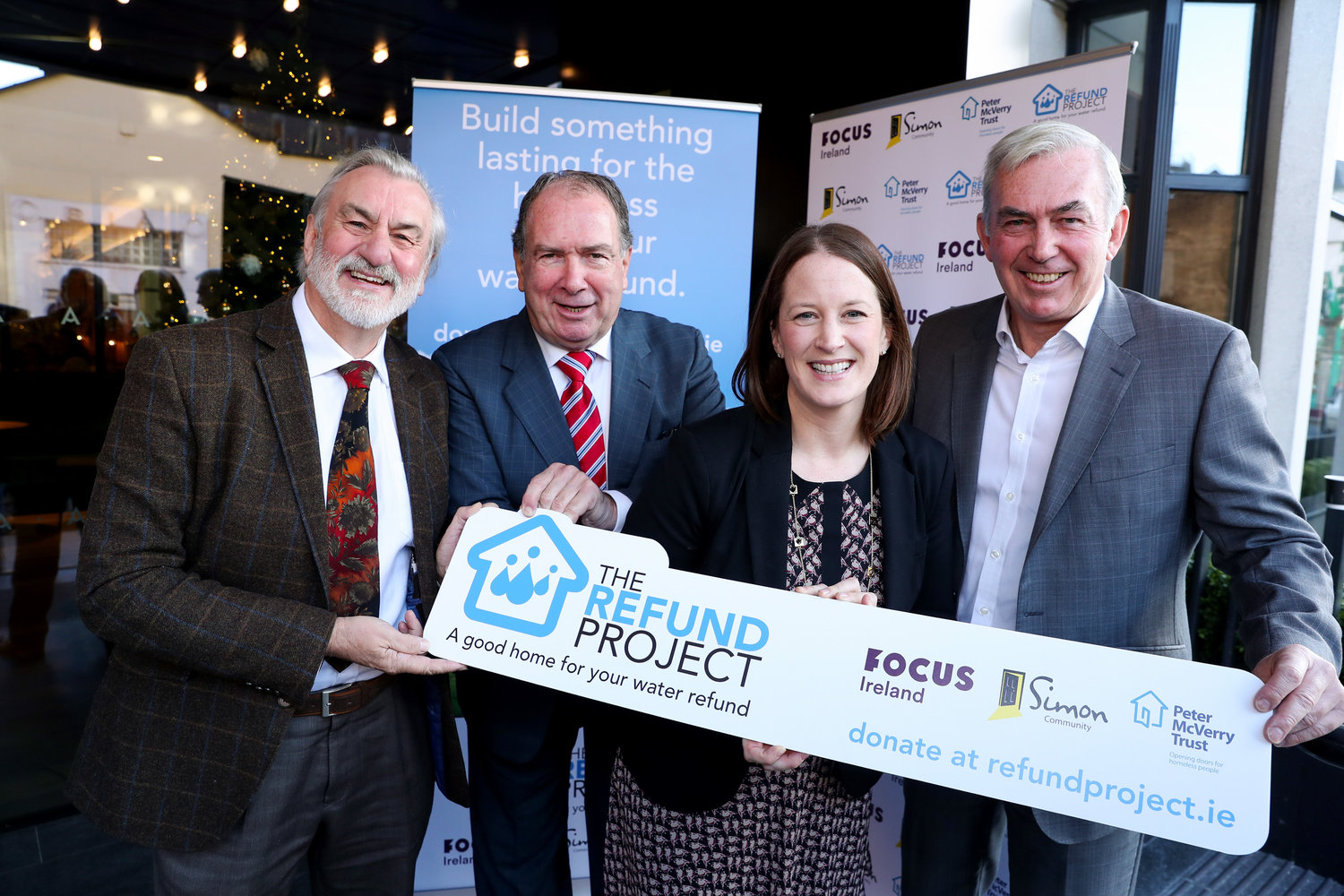 Three of Ireland’s best-known charities have taken the unprecedented step of coming together to launch a national campaign The Refund Project which is asking members of the Irish public who can afford it, to consider donating their Irish Water refund to tackle the homelessness crisis.

At a special launch event in Dublin, a national advertising campaign was unveiled and a special website refundproject.ie  went live on behalf of Simon Community, Peter McVerry Trust and Focus Ireland who will be the 3 beneficiaries of the initiative.

Almost 8500 people are now homeless in Ireland and more than 3000 of these are children. The Irish Water repayment scheme will see €173 million repaid to account holders in the coming weeks and the three charities are hoping that a proportion of the monies will be donated to deal with the homelessness crisis. 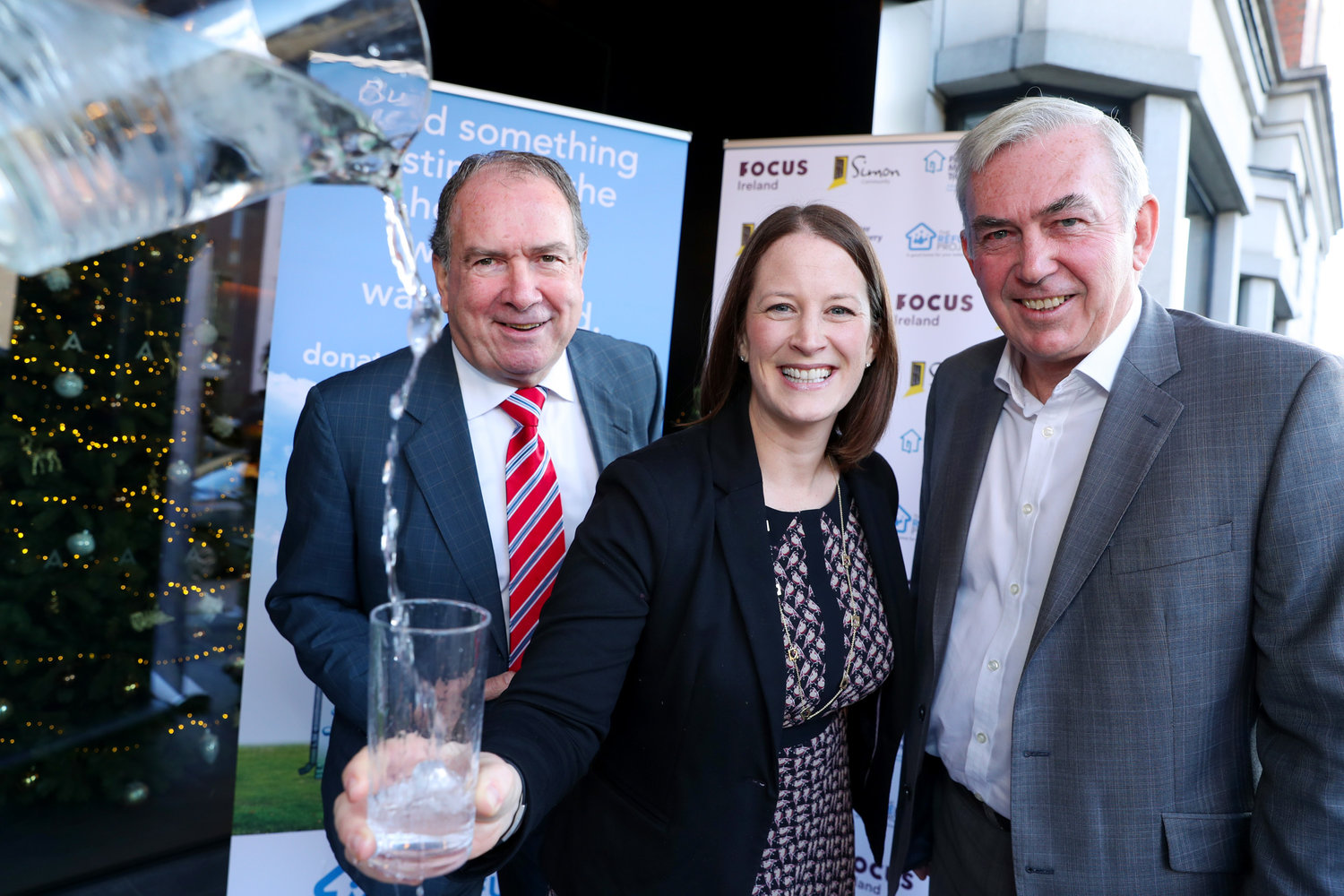 Pictured are Sam McGuinness, Dublin Simon, Orla Kerbey, Head of Fundraising & Marketing, Peter McVerry and Ashley Balbirnie, Chief Executive, Focus Ireland. At a special launch event in Dublin, a national advertising campaign was unveiled and a special website refundproject.ie  went live on behalf of Simon Community, Peter McVerry Trust and Focus Ireland who will be the 3 beneficiaries of the initiative. Picture: Maxwell Photography.ie.

A special oversight group has been set up, chaired by the former Head of the Workplace Relations Commission, Kieran Mulvey, who says the initial public response has been hugely encouraging: “When we first floated this as a concept earlier this month we got a really positive public response. Thanks to a huge effort since then the refund project is today a reality and we are now accepting public donations. The idea has caught the public imagination simply because homelessness is such an enormous problem in this country today and we sense that ordinary people as well as wanting the State to act, would like to be able to play their part too. refundproject.ie is their opportunity to act.

We know almost one million people are in line for Irish Water refunds and €173 million is being handed back. We expect that some people would be open to donating that money to us as it could be of enormous assistance to the 8,500 people who are currently homeless in this country.

Speaking jointly today, the 3 homeless charities said: “Not everybody will be able to contribute, but many people will have the means to donate – and it is to those that we direct this appeal. We all have a role to play whether its government, charities and society. For our part – we have come together to create a national campaign to enable the public to easily donate their refunded monies towards this hugely important cause. We would reiterate that the Refund Project will not diminish in any way the responsibility of government and policy makers to drive forward the national homelessness strategy.”

A host of national newspapers and broadcasters are all offering free advertising space to the Refund Project in the run-up to the busy Christmas period while public relations, web designers, and advertising agencies have also provided their services free of charge to develop, promote and deliver this major campaign which will run into the New Year.

To make a donation to the Refund Project click here