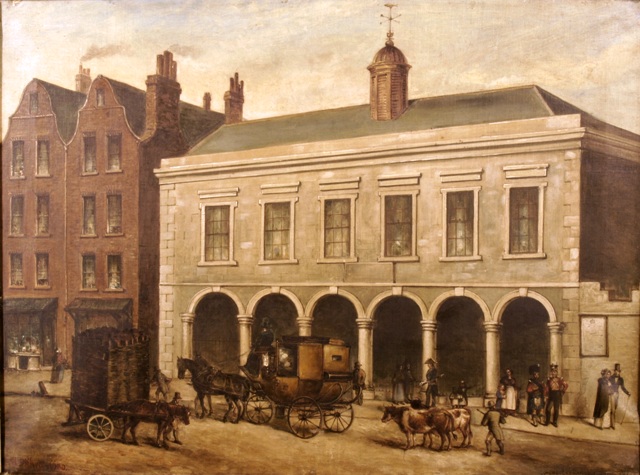 The Retrospective Exhibition being held in Limerick Museum at the moment will take you on a journey through 800 years of Limerick’s governmental history. The journey begins with the Vikings and weaves through the following centuries passing the Normans, the Sieges and the transformation from a colony to a Republic.

On display for the exhibition are rare artefacts unique to Limerick, such as the Civic Sword which was given to the city by Queen Elizabeth I in 1575. The Royal Arms which hung over the entrance to the Council chambers in the Exchange building in Nicholas Street is on display. This vividly coloured oak carving portrays the Royal Arms of Charles II (1630-85). The Charter which was personally examined by Charles II is also on show, which contains the original seventeenth century seals.

You will see the costumes worn by Mace Bearers during the three mayor terms of John Daly from 1899 to 1902. John Daly was a leading member of the Irish Republican Brotherhood, his nephew Edward Daly and nephew-in-law Thomas Clarke were executed for their part in the Easter Rising. His niece Kathleen Clarke became a T.D., Senator and the first female Lord Mayor of Dublin. The exquisite velvet uniform, worn by the High Sheriff in 1910, is a must for costume enthusiasts.

Throughout the 800 year history of local government in Limerick, the City Council were involved in major infrastructure including water and sewerage. The Council were involved in many housing schemes in the early twentieth century, including those for artisans on Bishop Street and labourers’ cottage throughout the city. The hand drawn and painted blueprints for some of these houses are also on show, are a treat for those with interest architecture and social housing.

The exhibition is open weekdays from 10am-5pm, closed for lunch 1pm-2pm and is located in the Limerick Museum, City Hall, Merchants Quay, Limerick. The exhibition is free, fully accessible to all and worksheets are available for children. For more details contact [email protected] or find Limerick Museum and Archives (LM&A) on twitter.