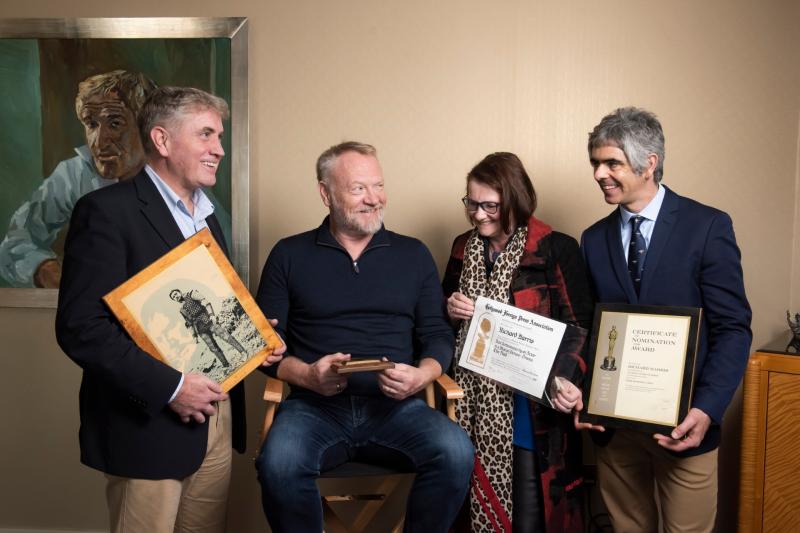 Richard Harris Archive to go on display at The Hunt Museum

World-renowned actor Richard Harris’s archives are to be put on display here in his hometown of Limerick City.

The Hunt Museum is set to showcase the materials later this year as a tribute to the late star’s strong roots at the request of the Harris family.

Jill Cousins, Director of The Hunt Museum in Limerick said, “It will be an honour to curate this wonderful archive into an exhibition about one of Limerick’s favourite sons. We are looking forward to the collaboration with University College Cork and the Harris Family and to the joyful experience people will get from a greater insight into the man who was both an athlete and an actor.”

The collection includes hundreds of letters, photographs, literary works, artefacts and both professional and personal documents.

In the collection are also Richard’s personal creative writing manuscripts including poetry, publicity and location photos from his screen and stage performances including Camelot, Pirandello’s Henry IV, The Field, private memos, items from film sets, Young Munster rugby plaques and pictures, letters and wire communications from family and friends, arts critics, and co-performers.

Spanning more than 50 years, the Richard Harris Archive gives a special insight into one of Limerick’s most legendary actors who starred in some of the most celebrated pieces in cinematic history.

A preview of the collection occurred on Friday, October 21 and was presented by Jared Harris, the son of the late star, and University College Cork (UCC) at an event attended by members of the Harris family in London. Prominent items from the archives were unveiled at the event which took place in the Savoy Hotel’s Richard Harris Suite, where the late actor stayed for many years up until his death in 2022.

After being on display in Limerick, the archives will find a permanent home at UCC, which has plans to develop a special treasures gallery for the exhibition which will preserve the legend’s legacy forevermore.

The exact date of the Hunt Museum exhibition will be announced at a later date.

For more information on the Hunt Museum, go HERE