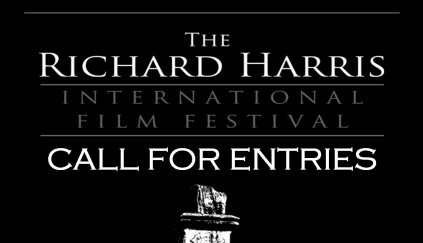 The Richard Harris International Film Festival 2015 (RHIFF), which is now open to submissions for 2015, is the currently the only film festival in Ireland that specifically encourages Irish filmmakers abroad to return to Ireland to showcase their work. The festival will take place from Fri, Oct 23 – Sun, Oct 25. RHIFF strongly believe that the Irish film-making Diaspora should be encouraged to showcase their work here in Ireland.

By bringing communities together through a community tourism initiative for the diaspora this event is supported in partnership with Limerick City and County Councils, Fáilte Ireland and IPB Insurance.

As an international film festival, they also of course have categories open to non-Irish film-makers and welcome entries from all over the world.
This October Bank Holiday weekend sees the festival screening both Feature Films and Short Films over 3 days.

Screenings include a Gala opening night screening, films chosen from International entries (with priority given to entries from the Irish Diaspora) and a Richard Harris retrospective screening.

The opening Gala Evening hosted by Allegra and Jared Harris in 2014 has become a go-to party for those interested in an easy going and friendly atmosphere, mingle with our special guests – eat, drink, dance!

Our Networking evening on Saturday is subscribed to well in advance as this is your opportunity to get down to business with fellow industry professionals – (both creative and representative). Our hosts in 2014 were Ella Harris and Jamie Harris, (Marvel Agents of Shield, American Horror Story).

The Richard Harris International Film Festival, in association with Limerick School of Acting, are excited to announce the inclusion of a 1 minute monologue competition in the festival line up this October.

They are accepting entries via FilmFreeway in the following categories:

New movie Cavity on its way to Limerick soon