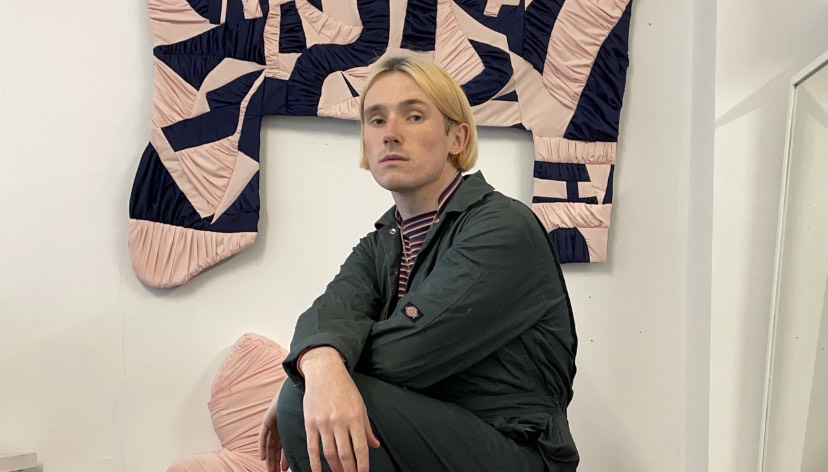 Richard Malone is a cross-disciplinary, award-winning artist and designer from Wexford.

Artist Richard Malone is bringing his ‘Figures’ exhibition to Ormston House and it will run until October 15, 2022.

Their art practice centres on experiences of being queer, class, place, and otherness, while never settling on given definitions. Their sculptures and installations suggest a sense of movement and theatre, some appear to be alive, captured in elegant postures or in mischief.

Each piece of artwork carries multiple techniques and possibilities for creating a new and sometimes humorous language that plays with our understanding of both mimetic and semantic forms.

Richard Malone is a cross-disciplinary, award-winning artist and designer from Wexford. Their work has been exhibited internationally, and features in some of the world’s most prestigious museum collections including the Museum of Modern Art in New York, the Victoria and Albert Museum in London, the Design Museum in London, the National Gallery of Victoria in Melbourne, and the Design and Crafts Council Ireland.

Recent exhibitions include knot, bind Gesture, bend at the National Gallery of Ireland, and Making and Momentum: In Conversation with Eileen Gray at the iconic E-1027 in France, touring the National Museum in Dublin, and the Wexford County Council Municipal Buildings in Wexford, Malone and Gray’s hometown. Figures is kindly supported by the Arts Council of Ireland and Limerick City & County Council.

Ormston House is a meeting place for the arts in the heart of Limerick City. Their programme is co-designed with artists and citizens, resulting in community partnerships, multi-annual projects and cultural events that are responsive to the city and its context. They have developed a participatory model to connect curatorial practice with local knowledge and activism.

Ormston House warmly invites you to the opening party for Figures – a solo exhibition by Richard Malone, on Saturday, 10 September, the event runs from 7 pm-9 pm. Admission is free, and all are welcome and encouraged to attend.

Monagea GAA Mural Project asks people to ‘Never Give Up’