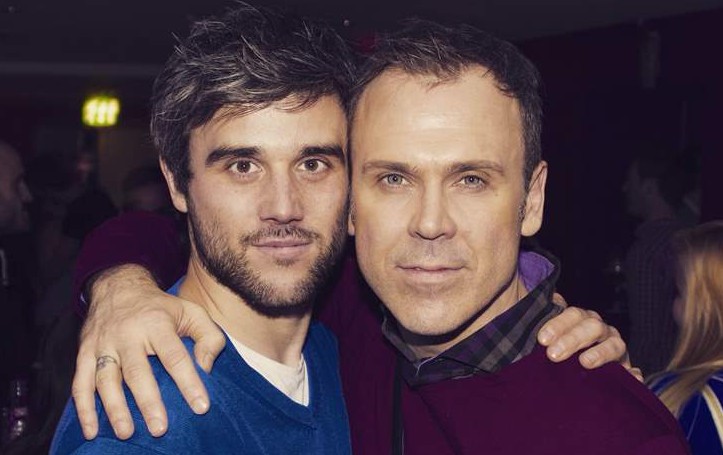 Richard with friends with the Say Yes Marriage Equality bus during its visit to Limerick. Picture: Jonathan Baynes

The Marriage Equality Referendum is taking place this Friday May 22, so please go out and VOTE YES. If the referendum were passed, Ireland would join a growing global consensus that there is no valid legal basis on which to discriminate against same-sex couples. For the first time gay people would have the same right to form a constitutional family that straight people take for granted. It would affirm that children currently being brought up by same-sex couples would be valued by Irish society on an equal basis with other families by being part of a constitutionally protected family, It would also reassure young gay people that their future is protected and that they are equal in law with their heterosexual friends and family.  Ireland would then be a nation that would value its entire people equally as promised in the 1916 Proclamation.

There is so much fake propaganda from the No campaigners who are using adoption and surrogacy laws to fight their case. Why? This referendum will not affect adoption, assisted human reproduction, surrogacy or child welfare laws. The vast majority of couples availing of AHR or surrogacy at present are heterosexual and there is no requirement that a person be married before they may avail of such services. Gay adoption already exists anyway. All these issues are completely separate and would have to be addressed separately as they have no bearing on the referendum this Friday.

Currently we have civil partnership in this country and the No campaigners are saying this should be enough for gay people, but civil partnership is not equality. It is not the same as civil marriage as it is only available to same sex couples and the rights and status of civil partnerships can be changed at any time through legislation so it does not have constitutional protection. The referendum is only will grant civil marriage which is a marriage performed, recorded, and recognized by a government official. This has nothing to do with religion or getting married in a church. That’s not what this referendum is about. Religious-run schools will remain free to teach in accordance with their ethos. When civil divorce was introduced in 1995, this did not affect Catholic teaching on marriage.

This referendum is simply about equality; the equal right of same-sex couples to marry. Love is something we are all entitled to. Please turn out to the polling stations on May 22. Vote YES, for your friends, for your family and your loved ones!