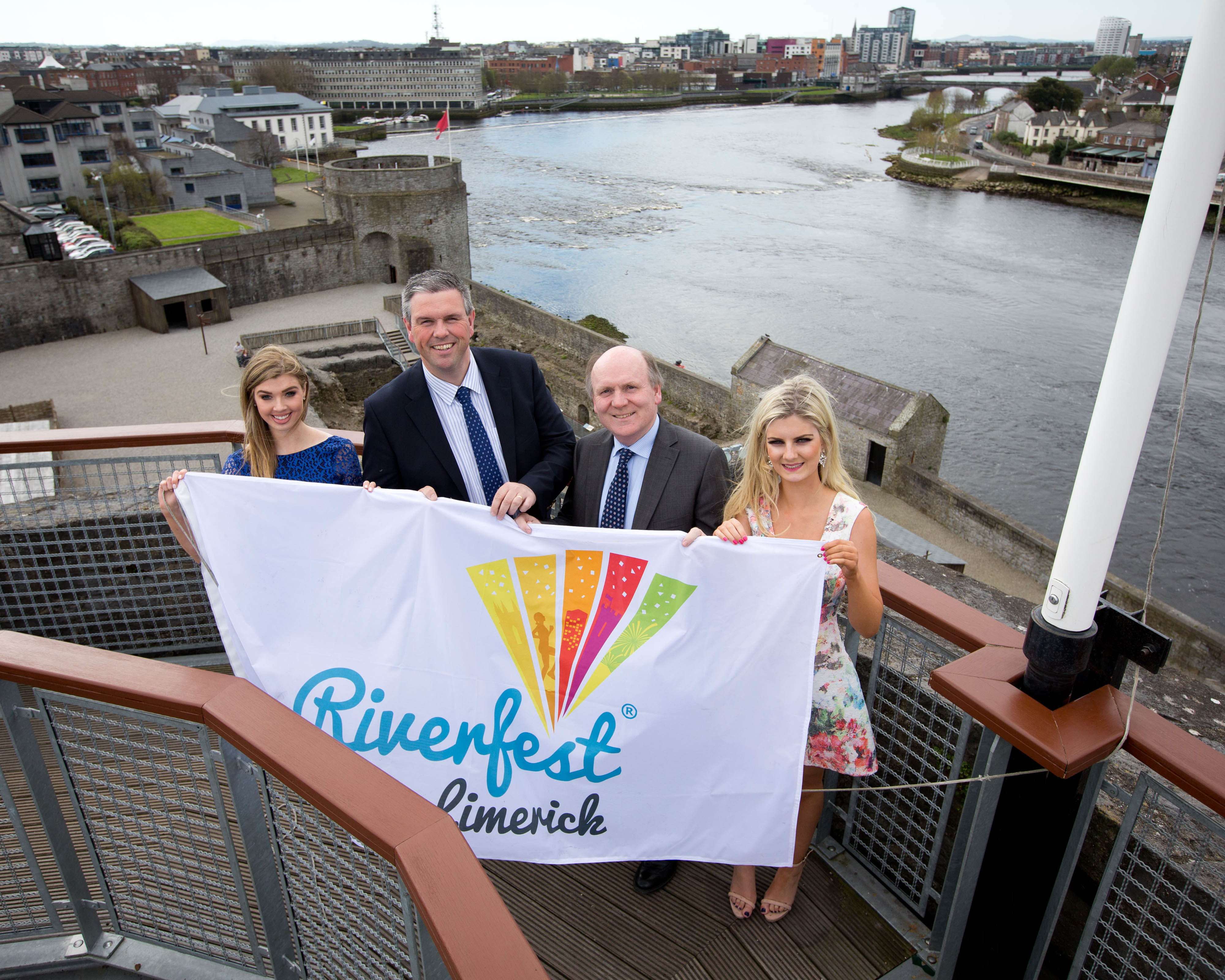 Ireland’s largest BBQ competition, action and adventureon the River Shannon and a spectacular fireworks display will take place as part of Limerick’s Riverfest 2015 on the May Bank Holiday weekend it was announced today (Tuesday).

Foodies, fun-seekers and fun-runners will gather for the first major festival of the year in Ireland as the four-day event transforms Limerick into the biggest stage for the May Bank Holiday weekend from Friday, 1st May to Monday 4th May 2015.

Kicking off the nationwide summer festival season, this year’s Riverfest programme in Limerick sees the return of some of the festival’s favourite events as well as some new additions and big prizes to be won!

A new Riverfest Busking Competition– where buskers are invited to perform on the streets of Limerick to be in with a chance of winning recording time in Red Door Productions, a voucher worth €750 from Steamboat Music and a support slot at Dolans, Limerick’s premier live music venue.

The Maldron Hotel Riverfest on the Shannon – a series of water based activities and events taking place on Saturday May 2nd between Thomond and Sarsfield bridges. The day long programme will feature a sailing regatta, sea scouts boat launch and opportunities for the public to take to the waters of the River Shannon and enjoy the scenic riverside views.

A spectacular fireworks display on Sunday May 3rd– when the skies of Limerick transform into an explosion of colours from 9.45pmfrom King John’s Castle with the surrounding bridges and boardwalk providing superb views.
Fashion Friday on Friday, May 1st– the return of the popular free fashion extravaganza hosted by Limerick’s style queen Celia Holman Lee in Arthurs Quay shoppingcentre with a coffee morning fashion show taking place at 11.30am and an afternoon tea show at 3pm.

Continental Market – A wide range of tasty treats to suit everyone! Taking place over the four days of the festival on Michael Street, be sure to check it out to see what’s on offer.

Soapbox Derby–  Denmark Street Friday, May 1st. Always a favourite, the winner of the 2015 Riverfest Soapbox Derby will be given a €500 cash prize.

Speaking at the launch of the event, Mayor of Limerick, Cllr Kevin Sheahan said Riverfest is now the most important weekend of the year for accommodation providers in Limerick and attracts tens of thousands of people to the city centre.

“It’s hard to believe that this is the 11th Riverfest in Limerick and the city has really taken ownership of the May Bank Holiday weekend,” he said. “It has developed into a major festival that has a growing reputation at a national level and repeat visitors come back to stay and enjoy themselves in Limerick year after year which is testament to the success of the event. I’m delighted with this year’s line up and I’m hoping that the sun shines on Limerick as it usually does for what is without doubt, Limerick’s most adventure packed weekend of the year.”

More than 13,000 fun runners will also arrive in Limerick for theBarringtons HospitalGreat Limerick Run which is held on the May Bank Holiday Sundaywhile
over the course of the weekend, the public can enjoy an outdoor photographic exhibition ‘Here I Am’ by Dan Murphy, featuring images of children with Down syndrome.
The exhibition features Limerick native Thomas Ryan andafter its unveiling in Dublin Castle, will be travelling to Limerick for the Riverfest festivities.

Fringe events for the festival include a family fun fair which takes place in Arthur’s Quay Park with kids’ arts and crafts in the Hunt Museum also planned throughout the weekend.
Top acts Nathan Carter and Hudson Taylor are both set to rock Limerick Live at the Big Top in the city’s Milk Market.

Applications are now open for the Coors Light BBQ Competition, Soapbox Derby and the Busking Competition.
To download an applicationform,visit here or Facebook here.

Pictures by Billy Butler for I Love Limerick 2015. All Rights Reserved.

Pictures by Sophie Goodwin for I Love Limerick 2015. All Rights Reserved.

LINE UP FOR FRIDAY. SATURDAY AND SUNDAY:

The Application of Theatre Inaugural Public Seminar hosted by MIC

A tribute to my dad Eric Lynch