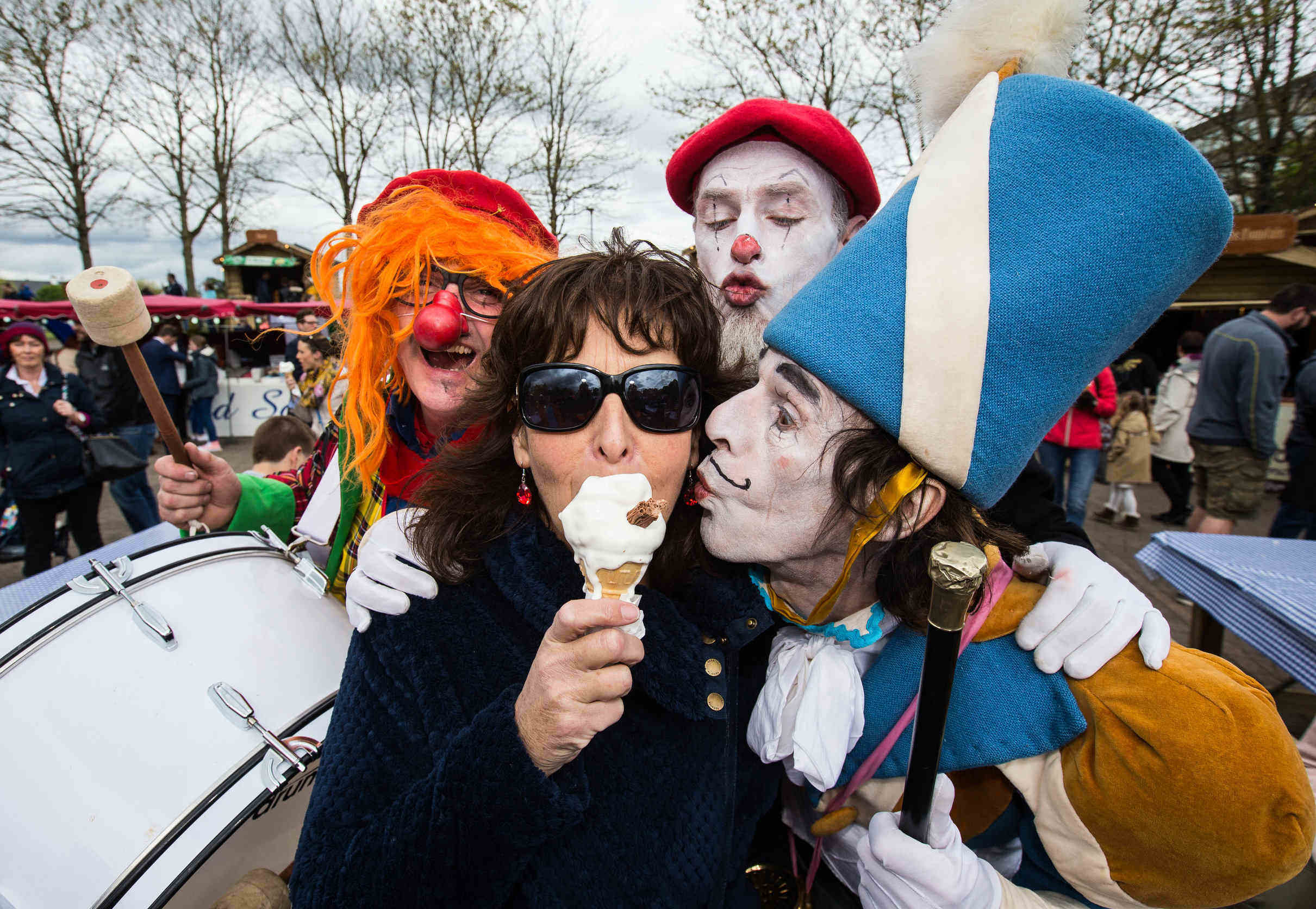 Pictured is Carlos Orcher from Nevsail Watersports testing out the Zorb balls that will make an appearance at Riverfest 2018. Picture: Oisin Mc Hugh/True Media.

The 14th edition of Riverfest Limerick promises to be bigger and better than ever with new experiences for visitors to discover this May bank holiday weekend (4-7 May) including a visit by the Irish naval ship the LE Eithne.

Riverfest 2018 is set to draw over 85,000 to the banks of the Shannon for the biggest celebration yet with this year’s line-up bursting with big-name acts and unmissable events.

With Met Eireann cautiously predicting sunshine and warm temperatures, the festival is a carnival of activity and variety, with thrilling new attractions including the first ever visit to Ireland by the Seabreacher Shark – a dare-devil aquatic spectacle in an 18ft ‘shark-craft’ that can travel at speeds of up to 80km per hour.

Visitors will travel from across the 32 counties and from abroad for a four-day celebration that includes everything from high-octane water-based activities to the country’s biggest fireworks display of the summer. Activities will also include the country’s largest BBQ cook-off, celebrations of food and fashion, outdoor and indoor concerts and, of course, the Bon Secours Hospital Great Limerick Run.

Among the major new attractions, this year will be the first ever visit to Ireland by the Seabreacher Shark. The dare-devil ride comes all the way from Queenstown, New Zealand can and can travel at speeds of up to 80km per hour, and soar 18ft high out of the water.

The water-based activities of Riverfest 2018 will also involve a free Double Zipline across the Shannon, Water Zorbing, Kayaking, and a social swim that will have hundreds getting a different perspective of the great river.

At quayside, there will be annual favourites such as The Riverfestival Village, at Arthur’s Quay – a weekend-long cacophony of foods, crafts, vintage amusements, street performers and live musical entertainment.  The Limerick Food Experience in the Garden of the Hunt Museum will showcase the best quality, locally produced food and drink that Limerick has to offer.

The Saturday will also see one of the annual high points of the festival take place as Ireland’s largest BBQ cook-off takes place with teams representing cuisines around the world competing for honours.

The weekend’s ‘Big Gigs’ will include Jack L on Saturday night and Bell X1 at the stunning King John’s Castle – one of Ireland’s most unique concert venues.

Sunday’s Bon Secours Hospital Great Limerick Run, which is Ireland’s fastest growing participatory event, is another of the top features of the weekend, drawing an anticipated 13,000 people for three events – the full marathon, half marathon, 6 miles. It will also have the HOMS Fittest Company, an Expo at UL on Saturday where the UL Sports Children’s Run for Fun will also take place.

The majority of Riverfest Limerick attractions are FREE, from the spectacles of the fireworks and the Sea Breacher, to the thrill of the zip line, street performers and live musical entertainment in the Riverfestival Village, you can save your pennies and still have a fun-packed bank holiday weekend in Limerick.

Mayor of the City and County of Limerick Cllr Stephen Keary said: “Limerick is a city very much on the up and Riverfest is a reflection of this. It has grown and grown as a festival over the years to become not alone the biggest gathering in Ireland of the May Bank Holiday weekend by far but also one the biggest Irish summer festivals. Limerick is the largest urban centre on Ireland’s largest river so it’s only right that we would turn to it for a celebration like this.”

Said Laura Ryan, Head of Marketing and Communications, Limerick City and County Council: “We’ve had a very long winter, that very much consumed the spring but we’ll be putting all that behind us with Riverfest and the promised good weather!  It’s a brilliant mix of different elements and, most of all, offers something for everyone. The fact that the last act that many who come here for the festival do as they depart is to book again for next year says a lot about Riverfest. It’s a great time for Limerick and this festival is a weekend-long celebration of that.”

Riverfest 2018 is delivered by Grooveyard Event Management on behalf of Limerick City and County Council and partners include The Limerick Strand Hotel, Mr Binman, Limerick’s Live95FM, Arthur’s Quay and Limerick.ie.

Riverfest 2018 will take place on the May Bank Holiday weekend from May 4-7. For further details, go here.