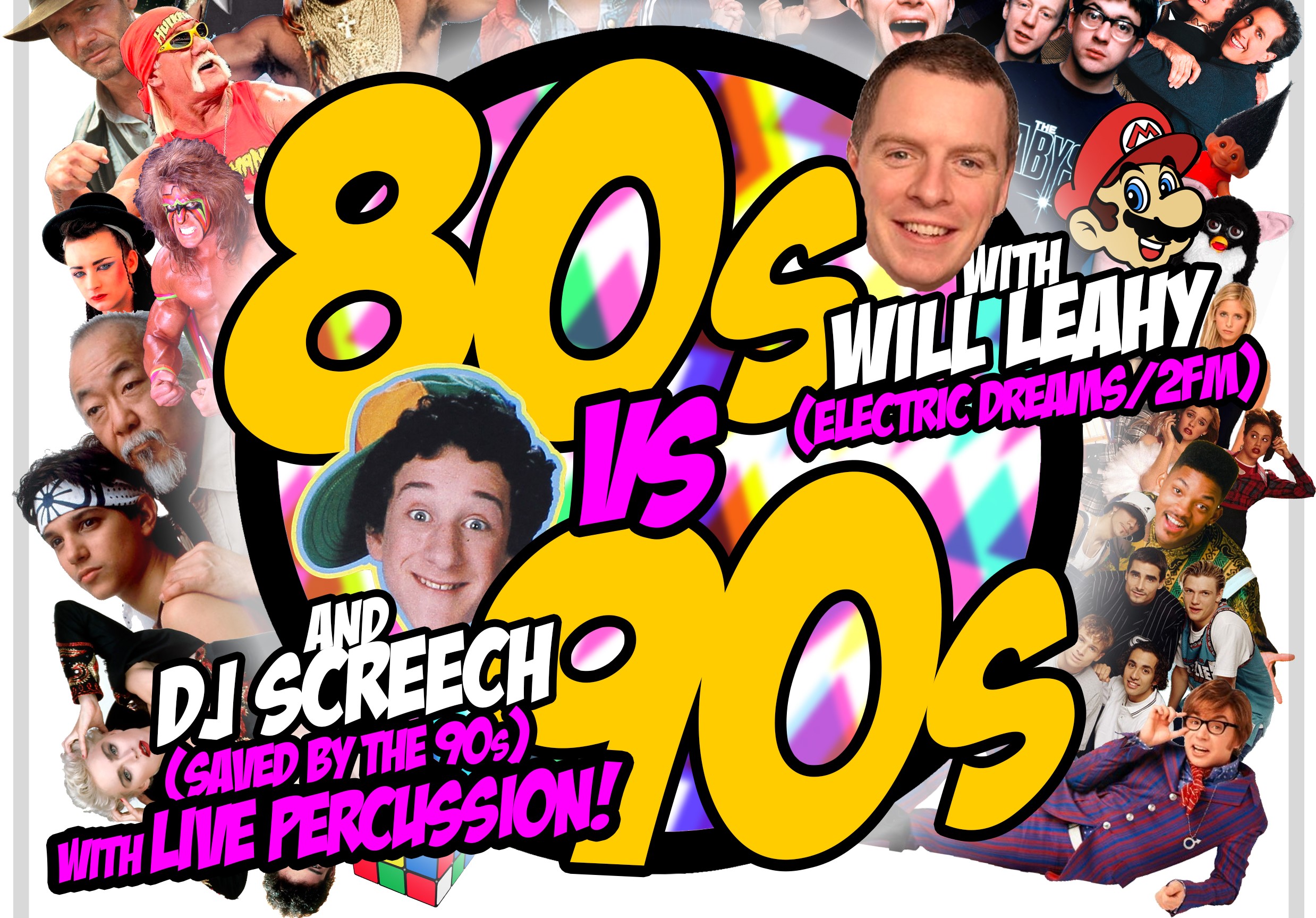 The Riverfest 80s versus 90s event sees legendary Limerick DJs Will Leahy and DJ Screech take to two floors in Dolans for an access all areas gig celebrating some of the most popular music anthems of all time.

Electric Dreams sees the return of Will Leahy to Dolans Warehouse as he presents his 80s nostalgia bringing us back in time with a homage to one of the most popular music decades.

Currently presenting the Gold Breakfast show on RTE Gold, Leahy has hosted numerous shows on 2FM including The Saturday Show, More Music Drive and Weekend Drive. With RTÉ Radio 1, Will has presented and produced many documentaries since 2015 including “The Trip To Tipp” and “From Dancehall Days to Boogie Nights”.

Leahy was synonymous with Electric Dreams, a highlight of Limerick city’s club scene with its famous Friday night slot in the George Hotel. His return to the decks on Riverfest weekend will give Limerick audiences a one night only reprise of the magic of Electric Dreams.

Upstairs at Dolans will see DJ Screech and ThunderBeat on drums as they bring you the monster dance party that is ‘Saved by the 90’s’.

Dust off the platforms, root out the baggy pants and let us transport you back to the savage decade that was the 90s.

Speaking about Riverfest 80s versus 90s, Neil Dolan of Dolans Presents says, “From a musical point of view, both the 1980’s and 1990’s were iconic decades in terms of the anthems and bands produced. This access all areas event has proved phenomenally popular over recent years. We are delighted to welcome both Will Leahy and DJ Screech back to Dolans as they go head to head bringing our Riverfest audience one of the best musical nights of the year”.

Riverfest 80s versus 90s at Dolans takes place at both the Warehouse and Upstairs at Dolans on Sunday, May 6th. This is an access all areas event.

To purchase tickets for Riverfest 80s versus 90s, go here.

Related Topics:Riverfestriverfest 2018Riverfest 80s versus 90s
Up Next