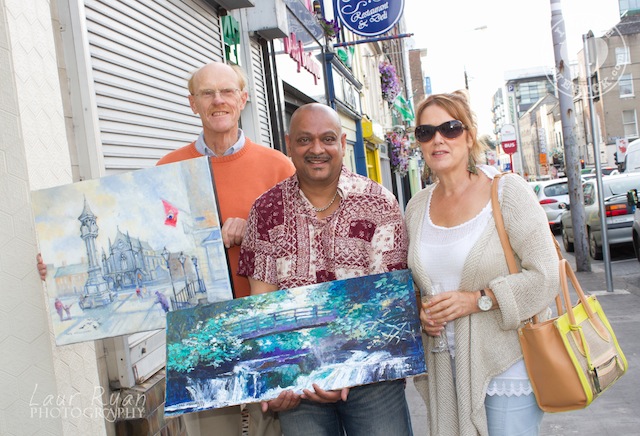 For two weeks in September, a unique art exhibition will take place in the shops of Roches Street. Both established and up-and-coming artists will place some of their best works of art on display in shop windows along the popular thoroughfare.For the last ten years, artists have been contributing to the festival, which will this year aim to raise money for the Mid-West Branch of the Parkinsons Association of Ireland, and the St Vincent’s Daughters of Charity in Lisnagry.

The premise is simple: if you like the look of a painting when window shopping, you can go into the shop and make an offer for it. If it is accepted, the artists gets 75% of the proceeds, while the two charities share the remainder. Over the past 12 years, well over €100,000 has been raised for good causes. John Sadlier, of Sadliers Butchers on Roches Street, who chairs the traders association, said they have not set a target this year. “We are in a recession. But people are always very good to us. The response every year has been very very successful,” he said, “We couldn’t put a figure on it. Anything for the charities would be very much appreciated.” Thirty shops on the street have agreed to take part while a range of artists have agreed to donate pieces of work, the most notable being Tom Greaney.

Donations of paintings are still being sought from artists across the city. For more information, contact Hugh Lilburn at 086 2601161.

Photos by Laur Ryan for www.ILoveLimerick.com. STANDARD DISCLAIMER – Sharing of images online by Laur Ryan in no way licences the use of said images without the express agreement from Laur Ryan or representatives.