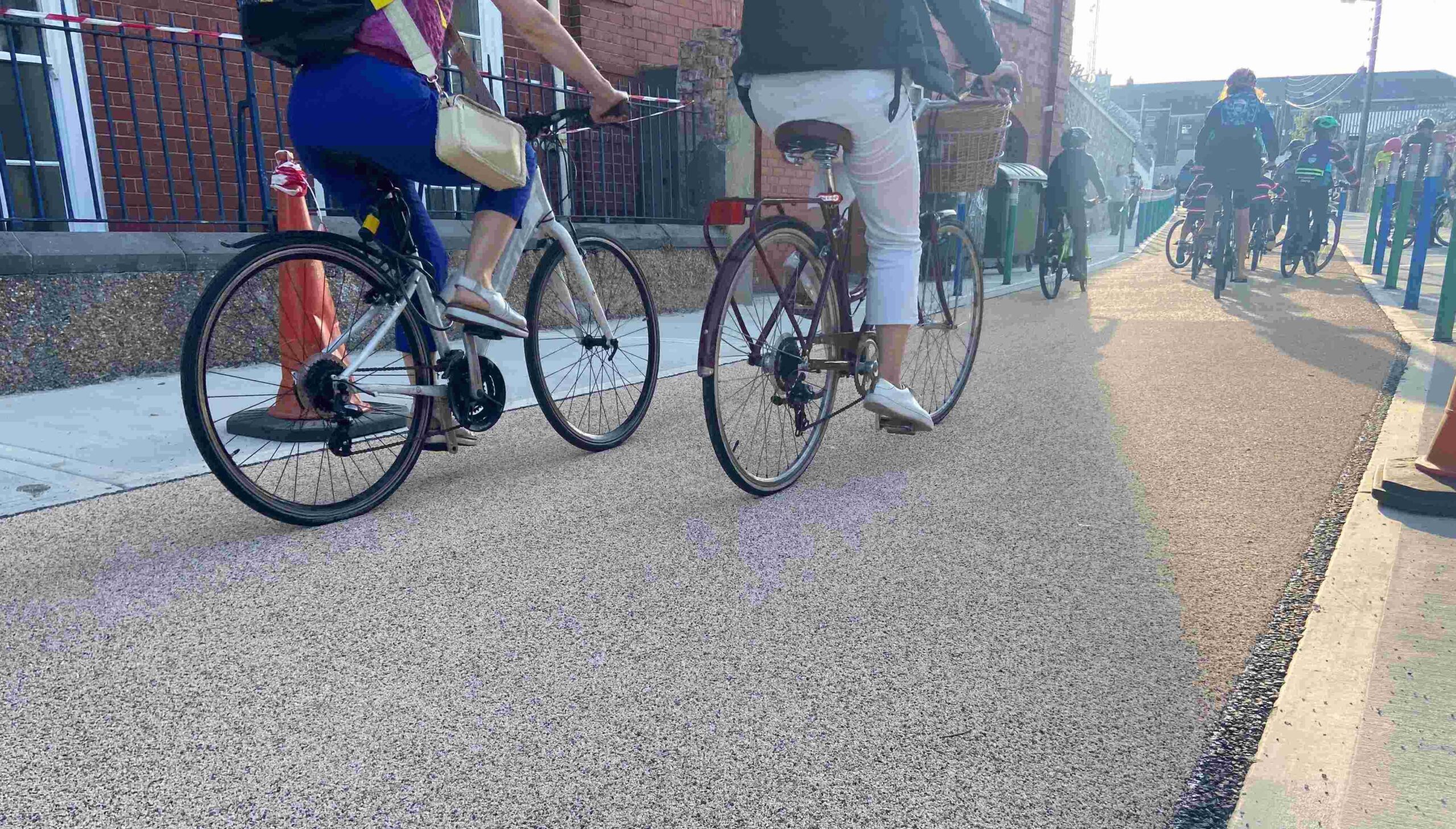 Roden Lane becomes a ‘School Street’ enabling a safer journey to school and encouraging pupils to walk and cycle.

Limerick’s first ‘School Street’ opened Wednesday, August 31, 2022 by Gaelscoil An Mhodhscoil as part of the Safe Routes to School programme. The new School Street is Roden Lane, off of O’Connell Avenue and it will create a safer environment for pupils commuting to school.

Safe Routes to School was launched in 2021 and is designed to encourage as many pupils as possible to walk or cycle to school. However, safety and congestion issues on the commute to school need to be addressed to encourage this. The Safe Routes to School programme are funded by the Department of Transport through the National Transport Authority and is operated by the Green Schools Programme. There are currently three other School Streets in Ireland.

An Mhodhscoil was selected to take part in Round One of the Safe Routes to School Programme. Now that the street has been completed, there are many changes that will benefit all pupils and their parents on the commute to school.

Between the 8am and 9am, vehicles cannot access the street except for residents, staff, and buses. The pedestrianised time slot is to provide more safety for pupils who travel on-foot or by bicycle. The road is pedestrianised again between 1:15pm and 2:45pm at the end of the school day. On-street parking is available nearby for parents who drive their children to and from school.

A pedestrian crossing has been installed at Quin Street and the crossing at O’Connell Avenue has been improved as part of the programme. Roden Lane has got a new look also, with colourful pencils as bollards, a red tarmac road, and colourful circles painted onto the roads to alert drivers that is a school area.

Safe Routes to School advise that parents encourage their children to walk or cycle to school, follow the rules of the road and support the school.

The new School Street on Roden Lane has been met with very positive reception on social media. A commenter on Twitter said, “It looks fab, be lovely for the children returning to school.” Another said, “This is brilliant. Well done to everyone.”

For more information on Safe Routes to School go HERE