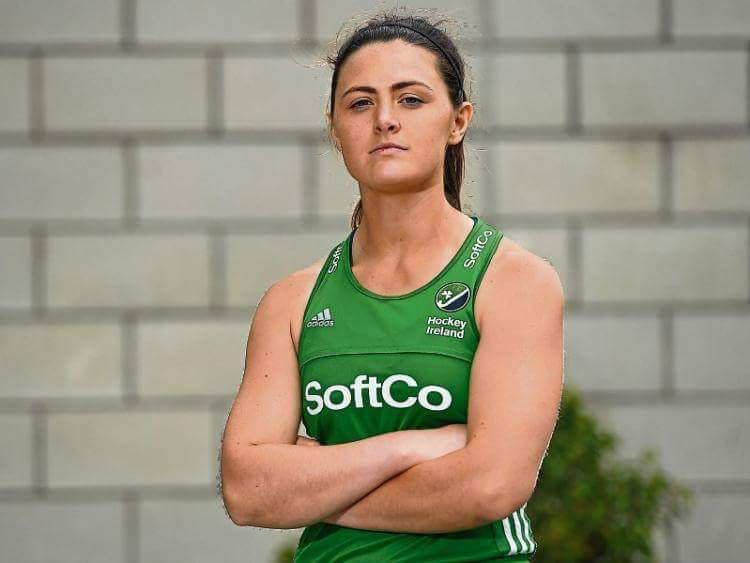 Limerick hockey star Roisin Upton scored for the Ireland women’s hockey team in the first match of their three-match series against Great Britain in Belfast.

This marked Irish Women’s Hockey team first competitive games in almost 500 days as they played Great Britain twice over the weekend as they ramp up their preparations for the Tokyo Olympics.

Great Britain would eventually take the lead in the final quarter as Sarah Robertson finished off a route one move to give England a 2-1 win in the opener.

Ireland equalised in the second half and then found the lead in the final quarter with Upton once again finding the net.

The Raheen native previously kept the same composure and scored her penalty in the sudden death shoot out to help Ireland qualify for the Olympic Games for the first time ever with a play-off win over Canada in November 2019.

Upton previously was named Limerick Person of the Year 2019, as she played a pivotal role in securing a first-ever Olympics appearance for the Irish Women’s Hockey team.

When accepting the award, a visibly shocked Róisín said she was ‘completely blown away’ as a very proud Limerick woman:

“I’m so proud of my roots, to have gotten to where I am, it takes an absolute village. I was lucky to part of a history-making group of women in the World Cup – I’m one of 28 on the Irish team and I’m the only one from Limerick and I carry that flag proudly and the support has just been phenomenal.

To have made history again in 2019, being the first female team to have qualified for the Olympics is very special and I hope that we can top this again in 2020 as we’re on this road to Tokyo. The calibre of people in this room is incredible, this means the world to me.”