By Richard Lynch on October 3, 2018@richanthon 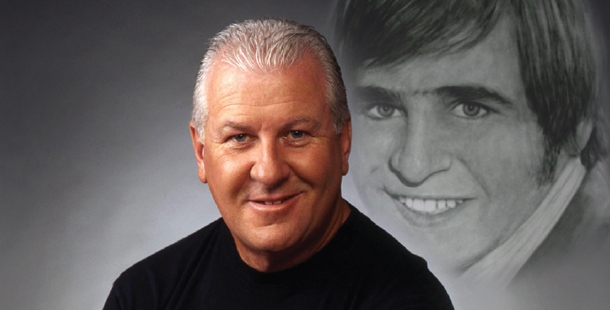 Few singers can reproduce the vocal equivalent of Joe Dolan! And if you like Joe (and who doesn’t!) then there is simply no show like the Ronan Collins show to bring back the brilliance of the great Mullingar man.

Joe Dolan was, without a doubt, the most popular entertainer of the Showband show era of the 1960s and 1970s.

Unlike Dickie Rock or Brendan Bowyer who both had strong regional followings, Joe’s popularity was nationwide and covered the entire 32 counties.

Joe was also the only true blue Showband star appearing regularly on Top of the Pops and who also had a number of big international hits with Make me an Island and Your such a Good Looking Woman.

Most of all, unlike his Showband contemporaries, Joe re-invented himself numerous times throughout the 1980s and 1990s and beyond to become without question a genuine, national superstar.

Joe’s unique falsetto voice is difficult to imitate but RTÉ Radio One’s star DJ Ronan Collins has come as close as possible to covering Joe’s hits to perfection – plus bringing his own great stage presence and charisma to this fantastic show.

Ronan, best known for his hit radio show, has long been involved as a Showband show performer. He plays the drums with Dickie Rock’s band as well as with the beat group The Others, and his knowledge of the Showband era is second to none.

Ronan with the brilliant Sugar Cubes Showband will sing all the Joe Dolan hits live in a full concert at University Concert Hall, Limerick!