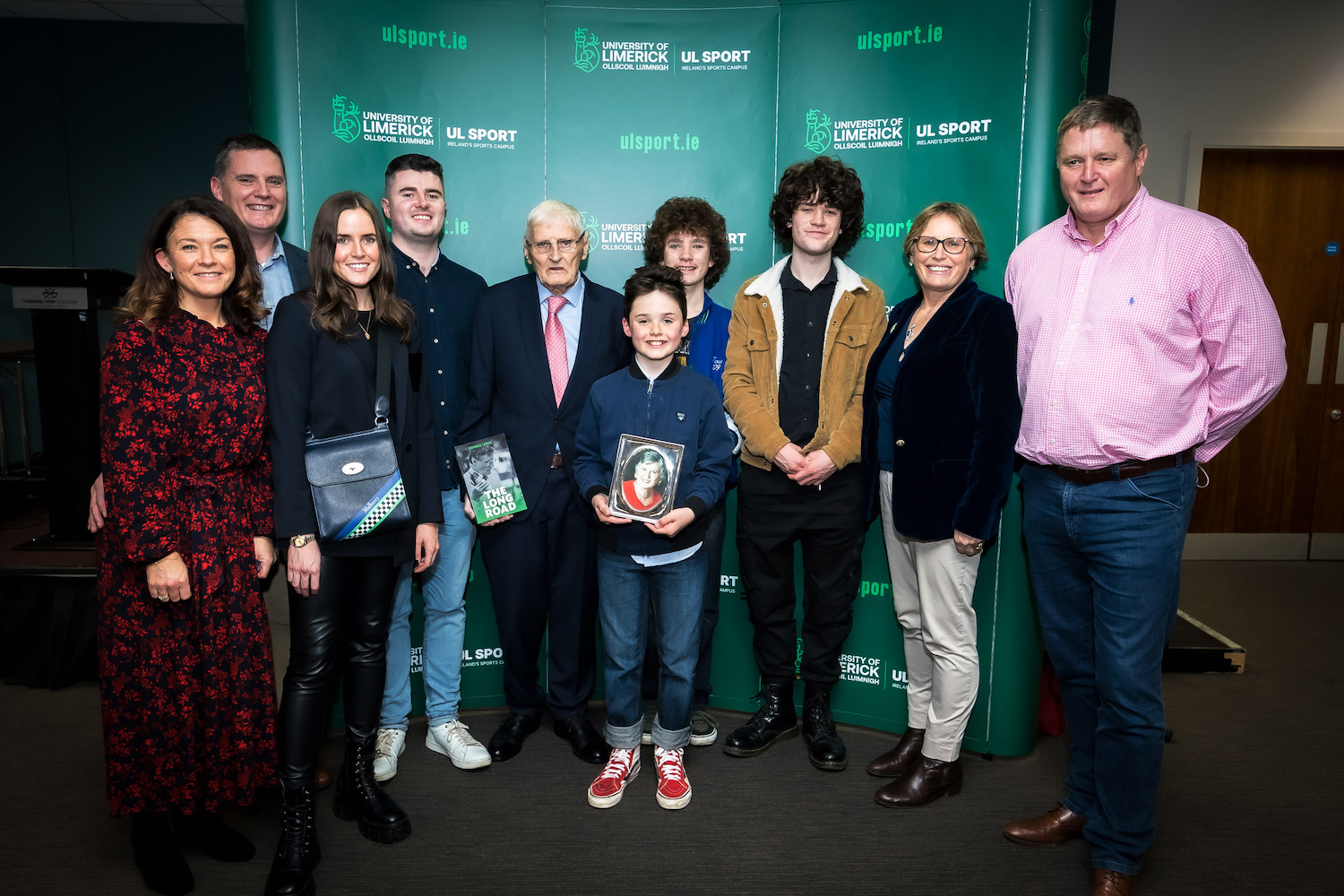 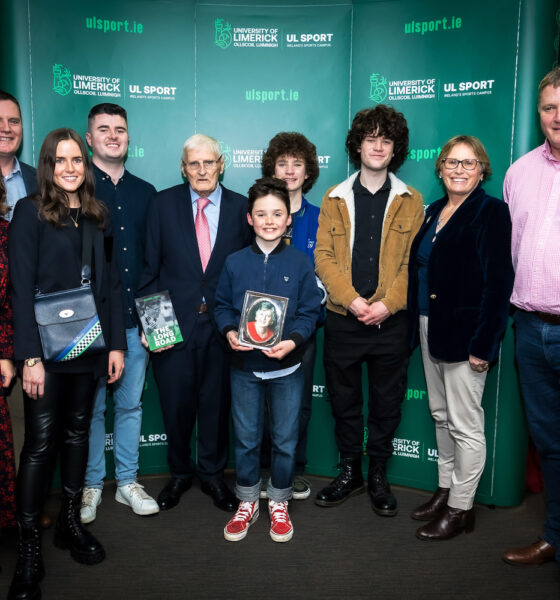 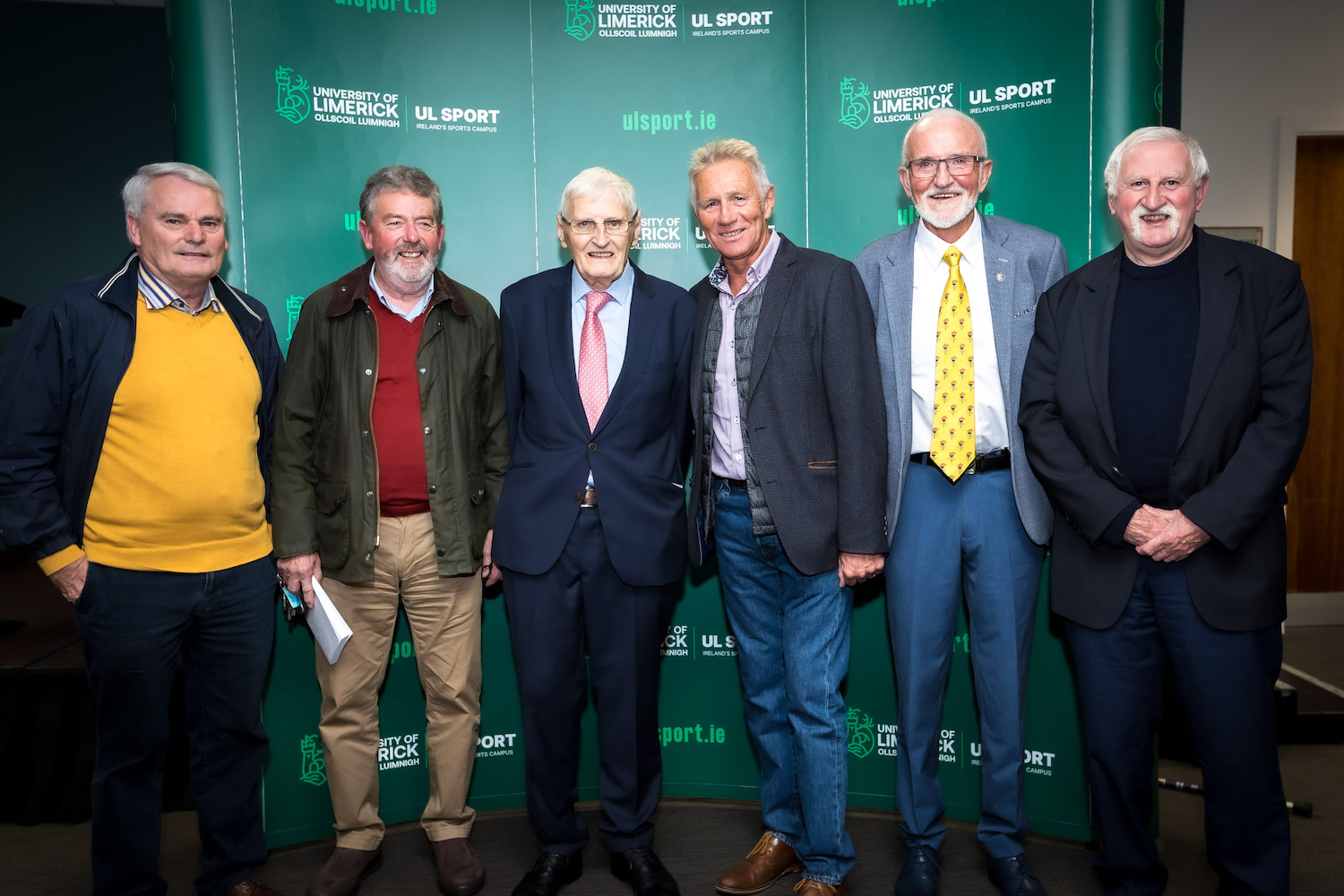 Friday, November 5 saw the launch of The Long Road, sponsored by UL Sport in Thomond Park, Thomond suite. The much-anticipated memoirs of Limerick sporting legend, Ronnie Long. It was launched by the President of Athletics Ireland – John Cronin. He was joined on stage and via video link by many of the greats of Irish athletics, Frank O Mara, Eamonn Coghlan, John Treacy, Sonia O’Sullivan, Neil Cusack , Danny McDaid, Robert Costello and Donnie Walshe. Others who paid tribute to Ronnie included Pierce O’Callaghan IAAF and the voice of Irish athletics Greg Allen.

Word has it that its pages will be packed with 86 years of sporting and life’s memories, and more than a few anecdotes and stories from one of Limerick’s most colourful characters. Readers can expect more than a few surprises too, as Ronnie details what life was like growing up during World War 2 and leaving school to enter the workforce at Matterson’s bacon factory at an age when children today would barely be thinking about secondary school.

There is a lot of great social history in Ronnie’s story, detailing the working lives of the staff at Matterson’s, in the days when Limerick was proudly known as ‘Pigtown’. He also recalls what is almost a bygone age of rural Ireland now: the work of the sales rep, calling shop after shop in small towns, building a customer base and relationships which have lasted a lifetime in many cases.

Ronnie’s first encounters with sport may also surprise those who know him mainly as an athletics and rugby man. In the 1950s, his main sports were actually badminton in the winter and cycling when the better weather came along. His account of competing in cycling events on days when no roads were closed are hair raising to say the least, while his time in the Rás Tailteann gives unique insights into the hard men who took part in those early days, the political shenanigans and indeed the camaraderie which developed between those early knights of the bike.

As a relatively forward-thinking young man, Ronnie’s story is full of occasions when he challenged authorities and the status quo. Sometimes this was in sporting circles, such as his championing of Ronnie Delany and Limerick’s Jim Hogan when they fell foul of officialdom. Sometimes Ronnie’s battles were for social reform too, involving some hilarious rows with more than one bishop when it came to ‘revolutionary’ ideas like holding club dances on a Saturday night. Ronnie’s marriage to Bernie gave him quite a ‘partner in crime’ too, as Bernie was to the fore for many years in a host of battles for social reform and women’s rights in Limerick.

Congratulations to Ronnie Long who will launch his new book 'The Long Road' tomorrow evening.

Guest of honour on the night will be the President of Athletics Ireland, John Cronin.

Of course, first and foremost, Ronnie Long’s story is the story of Irish athletics, and it is no surprise to see the range of Irish athletic royalty who have endorsed his story. The foreword is written by Limerick’s own Frank O’Mara, while the back cover sees the likes of Sonia O’Sullivan, Eamonn Coghlan and Marcus O’Sullivan all paying tribute to the role Ronnie played in Irish athletics and in their personal careers. There is a special place too for John Treacy, whose famous 1979 victory in the World Cross-Country in Limerick saw Ronnie play a pivotal role as media and communications guru. John’s own tribute to Ronnie, on the occasion of this publication, says a lot:

Limerick athletics by the grace of God.  Ronnie Long has always been rightly proud of the achievements of Limerick athletes: Cusack, O’Mara, Costelloe, Casey, O’Shaughnessy and O’Shea and of course the Hartigan brothers. These names and their achievements rolled off Ronnie’s tongue. Five minutes turned into an hour to cover all the stories. He was a one-man PR machine that covered the local newspapers, local radio and every man, woman and child that would listen. Ronnie has always been passionate about everything that he took on in life: family, world championships and of course the administration of Irish athletics. He has some legacy, from which we have all benefited, and for me personally, provided the opportunity to win the World Cross-Country on home soil. That day in 1979, Limerick rocked.

Ronnie’s book will regale the reader with stories from the factory floor in Matterson’s, where important life lessons were learnt, to the track and field events at major championships, including Europeans, Worlds and the Montreal Olympics where Ronnie was athletics team manager. These experiences are populated with a host of fascinating anecdotes and personalities, stories to make you laugh and cry, that trace the development of Irish athletics from the bitter animosities of pre-BLE days right through to recent times. From lost passports in Rome to sunbathing with East German sprinters, chaperoning Israeli athletes and chauffeuring Kenyan distance legends, Ronnie’s story gives a unique insight into the friendships and rivalries that permeate international athletics. It has plenty of local interest too, of course, and readers will laugh at how a Limerick man shattered the new timing equipment  in Copenhagen with a hammer throw, perhaps less so at how Ronnie himself was ‘speared’ by a javelin through his own carelessness in north Cork one day.

There is a lot more than athletics to Ronnie’s story. There are the challenges of helping to rear a family while being away from home a lot, of living in an Ireland dominated by the views of people like John Charles McQuaid, and of trying to modernise Irish sport. There are the hilarious days of pirate radio and the huge efforts of Ronnie and many others to promote Limerick, its people and its sports at times when economic and social challenges threatened to do so much damage to the city and county. In many respects, Ronnie Long’s story is Limerick’s story too.

The book can be purchased HERE

For other sports stories go HERE