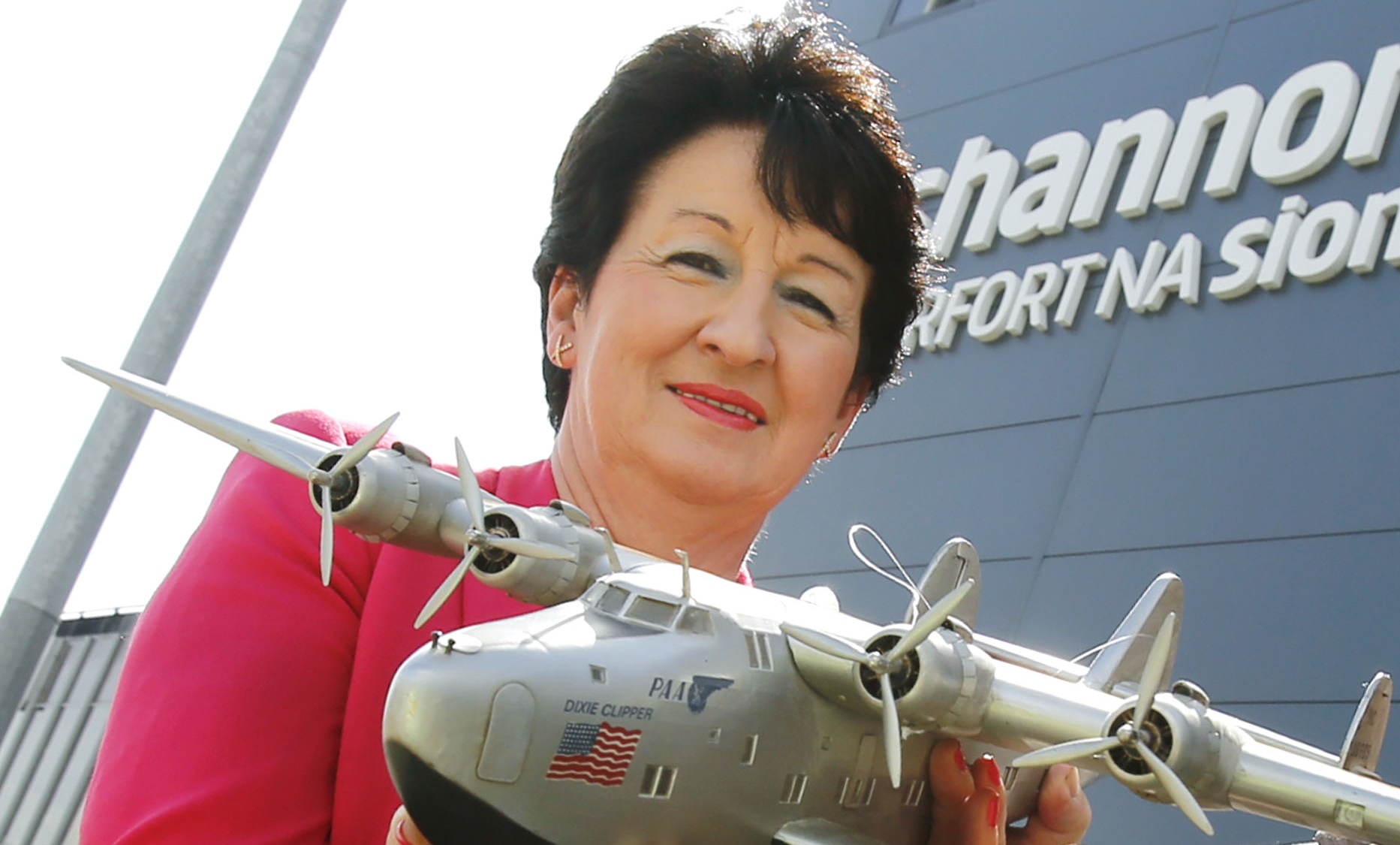 CEO Mary Considine, has today paid tribute to outgoing Chairman Rose Hynes for her strong commitment to the Group and region.

Ms Considine expressed her thanks to board member Kathryn O’Leary Higgins, whose term on the board also ends today.

The CEO of Shannon Group, Mary Considine, has today paid tribute to outgoing Chairman Rose Hynes for her strong commitment to the Group and region. Ms Considine expressed her thanks to board member Kathryn O’Leary Higgins, whose term on the board also ends today.

Said Ms Considine: “Rose Hynes has given immense service to this region through her commitment to Shannon Group. She worked tirelessly for the Group and played not just a pivotal role in its formation but in the many highs achieved during her tenure.

“Aside from her actual board duties, she played a key ambassadorial role for Shannon Group, forging relationships with national and international stakeholders in the best interest of Shannon and the region.”

Ms Hynes’ commitment to Shannon Group commenced in 2003 when she was appointed as a board member of the Shannon Airport Authority prior to its separation from the DAA some years later. Having headed up the Aviation Business Development Task Force that led to Shannon’s independence, she was establishing Chairman of Shannon Airport and, later, Shannon Group when it was formally established in 2014.

She oversaw a strategy for Shannon Airport that, in challenging economic circumstances, resulted in it bringing, in year one, an end to five years of successive decline prior to separation. The airport achieved growth in six out of the seven years that followed, with last year the most challenging year during her tenure, mostly due to the impact on its services arising from the grounding of the MAX Jet aircraft globally.  This, however, followed the airport’s second most successful year, 2018, since separation.

Her tenure has also seen growth in Shannon Heritage, which had record visitor numbers of 963,000 in 2019 and has grown its portfolio to include the GPO Witness History Museum, Malahide Castle & Gardens and Newbridge House & Farm, all in Dublin since.

Meanwhile, commenting on the ending of Ms O’Leary-Higgins’ term on the board, Ms Considine said: “Kathryn, or Kitty as she became known to us all, has been with us as a board member since the separation of Shannon and has brought invaluable US insights and no shortage of commitment to Shannon Group. We are deeply grateful to her for her commitment over those years.”

Ms Higgins, a US based public policy consultant and transport expert, chaired the Shannon Group Health, Safety, Security and Environment Sub-committee during her time on the board.

For more info on the Shannon Group go HERE

For more stories on the Shannon Group go HERE