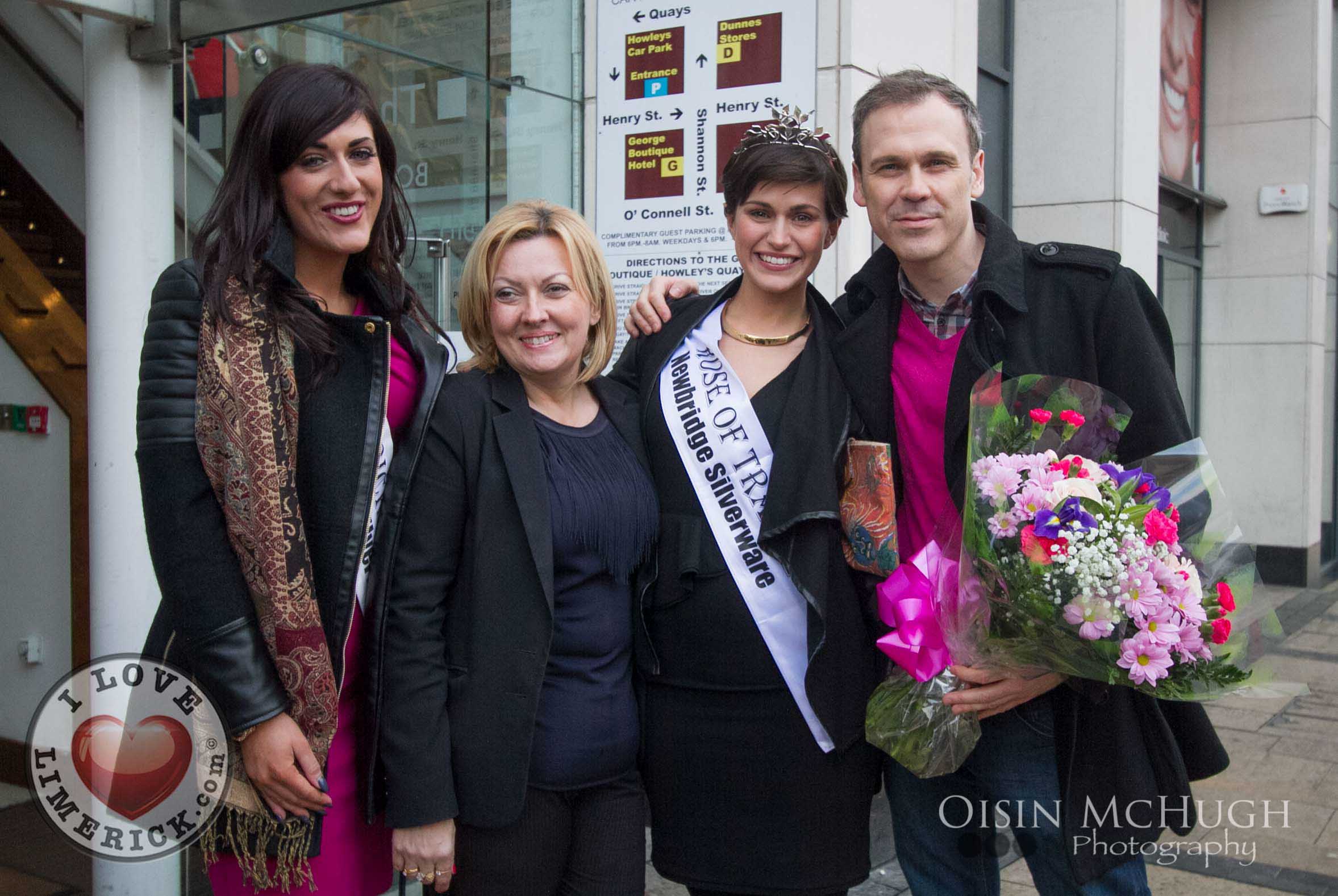 On Friday January 16, the Rose of Tralee Maria Walsh came to visit the George Boutique Hotel in Limerick on the launch for the county’s search for their Rose for 2015.

When asked how she felt about winning the Rose of Tralee, Maria said ‘I’m still in shock! It’s a wonderful honour to represent 69 other women right across the large Irish community we are in.’ Maria was born in Boston but moved to Shrule, in south Mayo in 1994 and it was when she was 7 years old that she first started watching the Rose of Tralee. As she got older, she wanted to know if there was more depth to the competition and when asked to enter the Rose of Tralee, she said ‘sure why not? Throw my name in, take it off the bucket list and see what happens!’

Charity work is close to Maria’s heart and has been for many years. She has been a pioneer since she was 12 and has been doing a lot of charity with young people through that. Since being crowned Rose of Tralee, Maria has travelled to Calcutta and South Africa for charity work and will go to Belarus in February alongside a selection of other Roses to visit Adi Roches’s Chernobyl Children’s Trust. Maria’s connection with the Road Safety Authority stems from the loss of her cousin, who was killed in a car accident in 2009, and she explained ‘when the Rose of Tralee happened, the Road Safety Authority reached out because of the tragedy that affected my life and if there was something I could be involved in to get people to slow down a little bit then I’d have to put my name to it’. Maria has three Ladybird’s tattoos behind her right ear in honour of her cousin Teresa.

Maria is proudly open about being gay and takes pride in being the first openly gay Rose and when asked how it felt, she stated ‘Loud and Proud!’ When the news broke that she was gay just days after being crowned the Rose of Tralee, she received such positivity from all generations and says ‘I hope young people at home take a little piece of that and feel a little more comfortable having a conversation about it’.