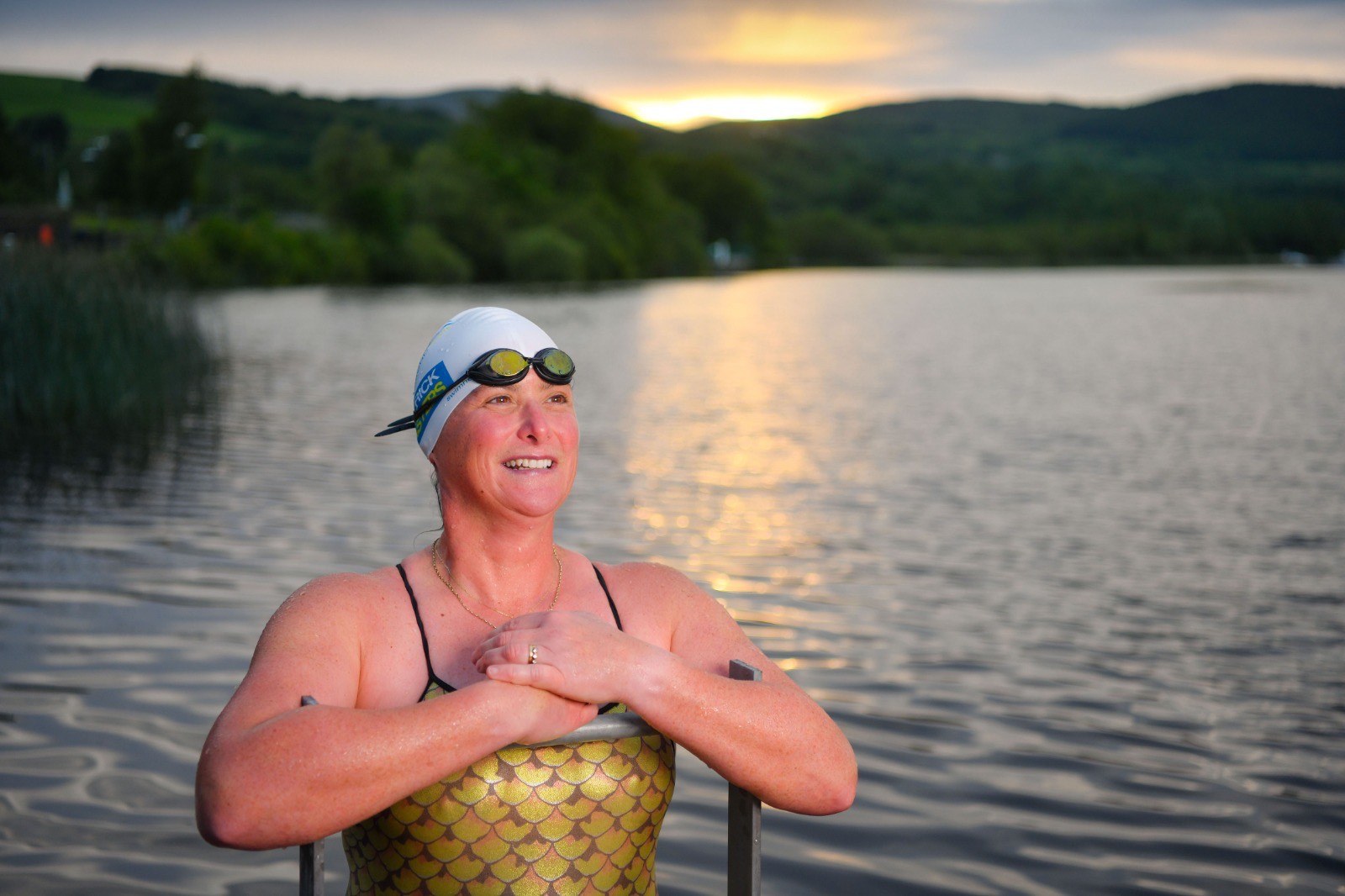 Rosie Foley pictured above undertook the challenge in memory of her brother, the late legend Anthony Foley, with all proceeds going to the Mid-Western Cancer Foundation, CARI and CRY. Photo: Diarmuid Greene.

The Killaloe native undertook the charity challenge in memory of her brother, the late Munster and Irish legend Anthony Foley, with all proceeds going to the Mid-Western Cancer Foundation, children’s charity CARI and CRY, which provides screening and free bereavement counselling for families at risk of Sudden Arrhythmic Death Syndrome (SADS).

Rosie followed in the footsteps of her mentor, Fionnuala Walsh, by completing the 32.3 km swim across the Catalina Channel between Santa Catalina Island and the Southern California mainland in the United States. Rosie had previously completed the 33.5 km across the English Channel between England and France (July 2014) and the Manhattan Island Marathon Swim, a 45.9 km circumnavigation around Manhattan Island (June 2022).

In matching her brother’s achievement with a Triple Crown of her own, Rosie has become an elite member of a group of fewer than 279 people who have achieved the Triple Crown of Open Water Swimming.

Speaking of the charities she is fundraising for, Rosie said, “CRY helps families like ours by screening people who are at risk for Sudden Adult Death and providing a free helpline for bereavement, CARI provide counselling and support services for children who have suffered the heinous crime of sexual abuse and Mid-Western Cancer foundation provides free support services, including counselling and holistic therapies for cancer patients.”

Rosie’s campaign is part of an ongoing fundraiser set up by their younger sister Orla, called ‘Orla’s Wildways’. Orla has cycled the coast of Ireland, The Camino and across France, and to date they have raised over €34,000 for the three charities.

Speaking about her sister’s achievement, Orla said, “Childhood sibling rivalry has helped many a sportsperson summits their Everest in life and even though he is dead nearly 6 years Anthony is still inspiring his family and others to reach for the stars. Rosie completed the triple crown in Ocean swimming this week, just a month before her 50th birthday. In 2014, before Anthony’s death, Rosie achieved her childhood dream of swimming the English Channel and swimming the Shannon to Killaloe to which her younger brother quipped ‘Have you ever heard of using a boat Rosie’ or ‘There are easier ways to get to France – say a plane?’.”

Orla added, “Rosie is a humble sportswoman whose achievements are endless since she was a young girl captaining our school team to wins in camogie, winning as a Junior All Ireland Gaelic Football as player and trainer, and achieving a lifetime dream of playing 39 times for Ireland, following in her brother Anthony’s and father Brendan’s footsteps. Like her brother, she captained Munster to an interprovincial championship. As an avid lover of swimming, she has been actively involved with Irish Water and advocates water safety. As a physical education teacher, coach and president of her local Killaloe Ballina Rugby Club she continues to give back to the sport, so children learn to have a lifelong love of sport like her.”

For other stories on Rosie Foley, go HERE