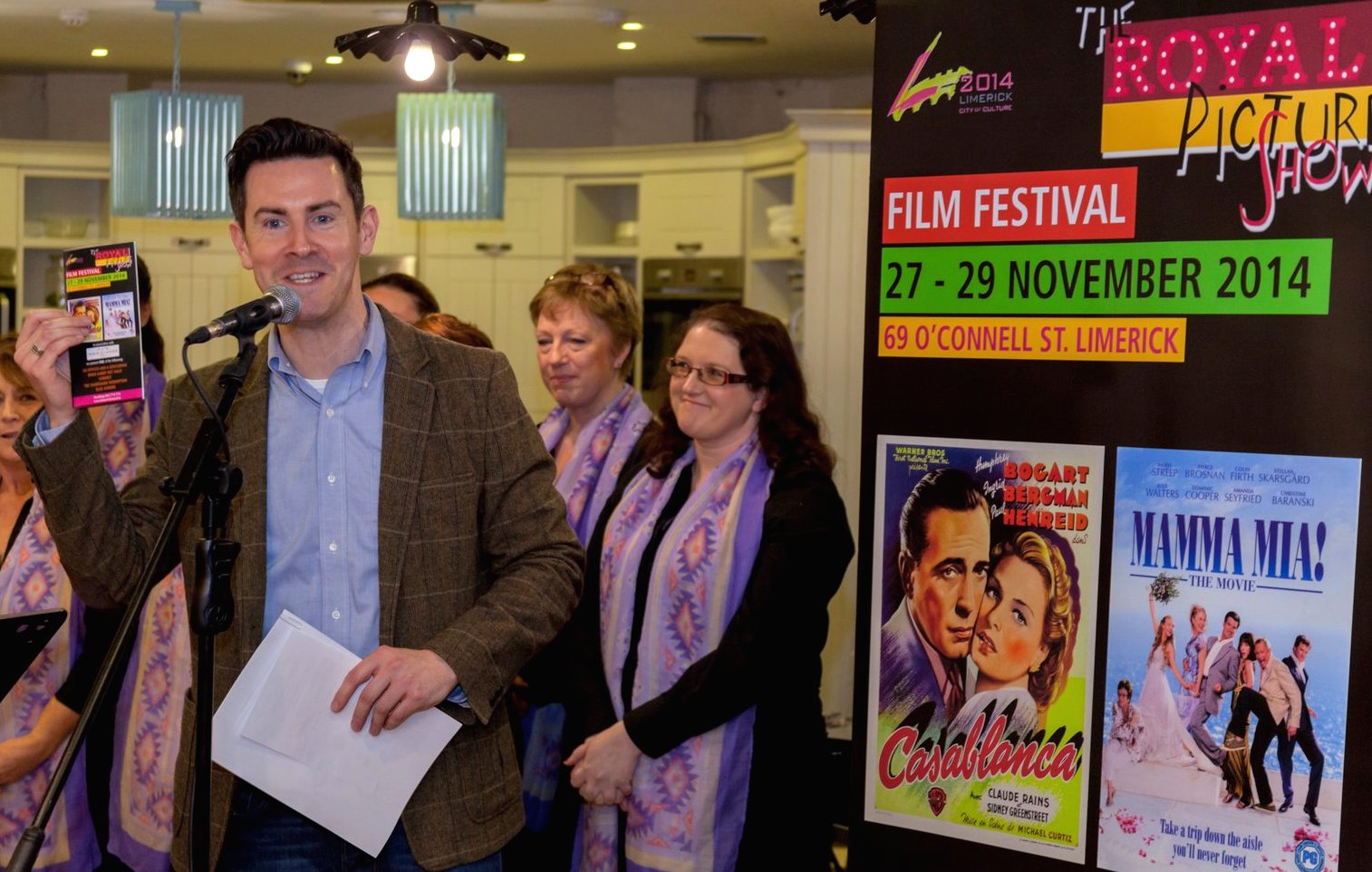 The Royal has launched another thrilling programme for its forthcoming fourth instalment of The Royal Picture Show. Running over three days from Thursday 27th to Saturday 29th November at 69 O’Connell Street (formerly The Belltable), the mini film festival promises to offer something for everybody across the weekend.

The Royal is presenting four mini film festivals during Limerick City of Culture 2014 in February, May, September and November. So far, the programme has fulfilled its promise to satisfy the most demanding cinema-goer with a variety of films (many shown in Limerick for the first time), including: new works from local & national filmmakers, classics, musicals and the very best of international cinema.

This fourth weekend, the programme will include: Another Irish language screening programme for schools, the 1942 black and white Oscar winning classic Casablanca on Launch Night, Thursday 27th November, as well as a screening of local writer/producer Keith Bogue’s short film All Washed Up. As well as another sing-along musical screening night, in association with Unity Gospel Choir Limerick, on Friday 28th November of Mamma Mia! The Movie.

Commenting on the forthcoming musical screening, Gretta McCormack O’Shea, Director, Unity Gospel Choir Limerick said: “We are absolutely delighted to be invited back by The Royal Project to lead another musical sing-along movie. Based on the success of our last musical, The Rocky Horror Picture Show, in September, we’re really looking forward to dressing up as our favourite ABBA member and helping the audience to sing along to the lyrics provided on screen.”

A unique feature of the forthcoming weekend will be an ‘Audience Choice’ screening on Saturday 29th November in association with Hook & Ladder “Living Café”. This concept will involve an online poll on Facebook and an “offline” poll in the café, where customers of Hook & Ladder and potential audience members will get to vote for their favourite movie from a list of multiple award-winningmovie titles including:

Speaking at the launch, Oliver Moloney, Hook & Ladder, said: “We are delighted to be collaborating with The Royal Picture Show and are so excited on being able to bring the Hook & Ladder ‘audience choice’ screening to the programme on Saturday 29th. It’s a fantastic way of getting the audience involved with the film festival.” Voting opened today, Monday 10th November, and the winning movie choice will be announced on Thursday 20th November.

To celebrate the collaboration, Hook & Ladder will be offering a special ‘Movie and a Meal for a Tenner’ promotion over the three nights of the festival. Commenting on the promotion, Oliver said: “This will be a unique night out for a great price. I would advise that people get their tickets early to avoid disappointment. We look forward to welcoming everyone to Hook & Ladder over the three nights and working with The Royal Picture Show on future projects.”

Magic Roundabout have Giant Ambitions for their Big Beautiful Woman