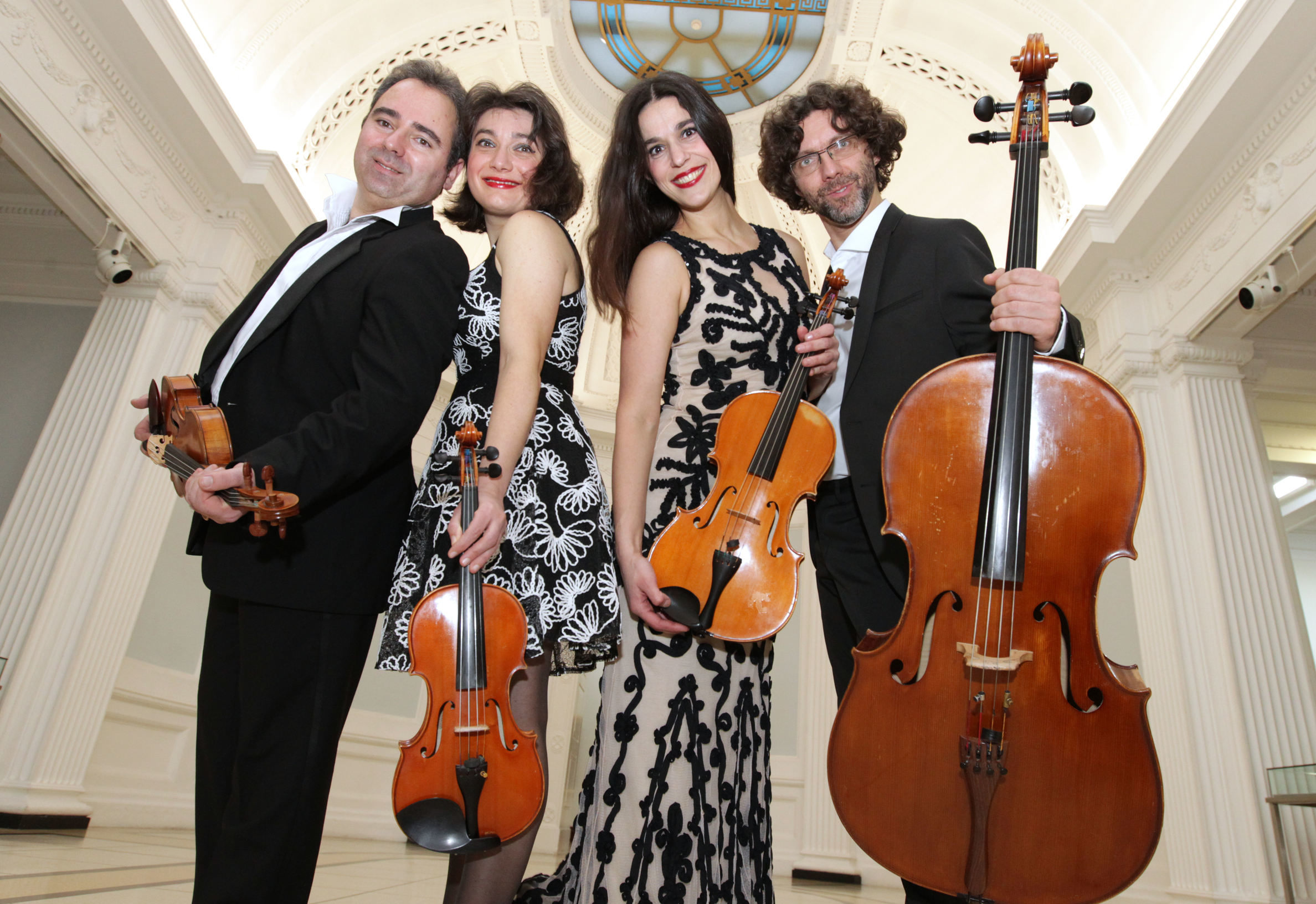 The six quartets of Béla Bartók, written between 1908 and 1939, form the cornerstone of RTÉ Contempo Quartet’s 2017 season, one of which will be performed at LCGA on February 16th, complemented by the superb OP. 76 quartets 1-6 by Haydn and the premiere of a specially-commissioned piece by contemporary Irish composer David Coonan will also be performed on the night.

Although regarded as one of the great early twentieth century modernists, Bartók was influenced by past European classical traditions. His quartets are generally acknowledged as representing one of the pillars of the entire string quartet repertoire and are groundbreaking in every way – structurally, rhythmically, harmonically and tonally, as he strove to free himself from

The Contempo Quartet will also perform Haydn’s Quartet No 5 in D, regarded as one of the pinnacles of the classical style and the crowning glory of the man dubbed the “Father of the String Quartet”.  Published in 1799 they form the last complete set that Haydn wrote, each quartet a mini masterpiece in itself.  The Bartók Project also offers a fascinating opportunity to consider how six contemporary Irish composers have responded to the challenge of writing for the medium of a string quartet.

TICKETS at the Door (early arrival recommended as seating is limited)

For more information on The Bartok Project click here

For more information on the Limerick City Gallery of Art here