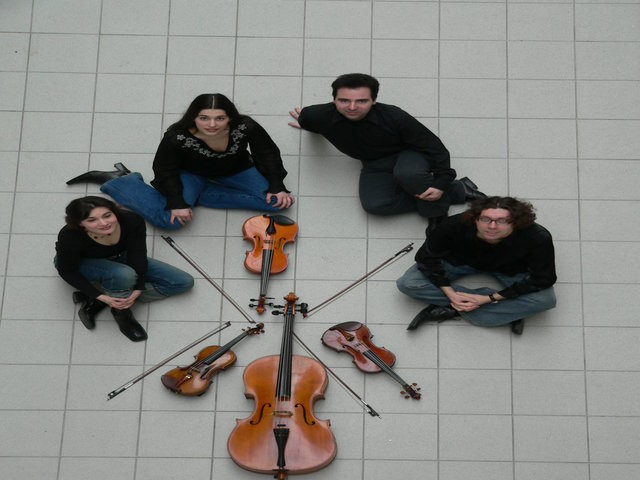 The upcoming RTÉ ConTempo Quartet Limerick Performance 2016 is a highly anticipated event around the city and county. The RTÉ ConTempo Quartet, in partnership with Limerick Arts Office, will begin their spring programme of free recitals at Limerick City Gallery of Art (LCGA) on Thursday, January 28 at 6.00pm.

The world famous RTÉ ConTempo Quartet Limerick Performance will begin with three free concerts over the coming weeks with a particular focus on the works of Schubert (Death & the Maiden) on January 28 and contemporary composer Kevin Volans during the February performance.

The series concludes with a special pre-Easter recital in March of ‘Seven Last Words of Christ on the Cross’ by Joseph Haydn, the father of the string quartet.

Úna McCarthy, director and curator, Limerick City Gallery of Art said, “The LCGA is delighted to welcome the ConTempo Quartet who will perform a series of three free concerts. The virtuoso playing of the quartet and the wonderful programme should ensure three enjoyable evenings of classical music at the Limerick City Gallery of Arts during the months of January, February and March 2016.

Sheila Deegan, arts and culture officer explained, “This concert series with ConTempo Quartet is a strategy to work with partners to increase access for citizens to high-quality music and to provide opportunities for artists to perform. It supports opportunities for cultural participation in the context of the Limerick 2020 European capital of culture bid”.

Since its formation in Bucharest in 1995, the RTÉ ConTempo Quartet has performed worldwide in prestigious venues such as St Martin-in-the-Fields, Berliner Philharmonie, Palazzo del Quirinale Rome, Carnegie Hall and the Opera House Tel-Aviv. As well as this, the group have been described as, “The ABBA of classical music.”

The ensemble has won numerous international prizes, taking first prize at competitions in Munich, Rome and London, and worked alongside artists of the highest calibre including Emma Johnson, Yuko Inoue, Hugh Tinney, Chen Zimbalista, Jérôme Pernoo, Peter Donohue and Martin Roscoe. Collaborations with other distinguished quartets have also been a feature, such as the Amadeus, Arditti, Vanbrugh, Casals and Endellion. The ConTempo has toured the world extensively and now want to perform in Limerick, the named City of culture 2014.

Check out further information on the event here or here.

Limerick City Gallery of Arts can be found here.

Have a look at other upcoming Limerick events here